Why ‘moving with the times’ is overrated

The idea grid girls should be banned ‘because it’s 2018’ makes no sense. 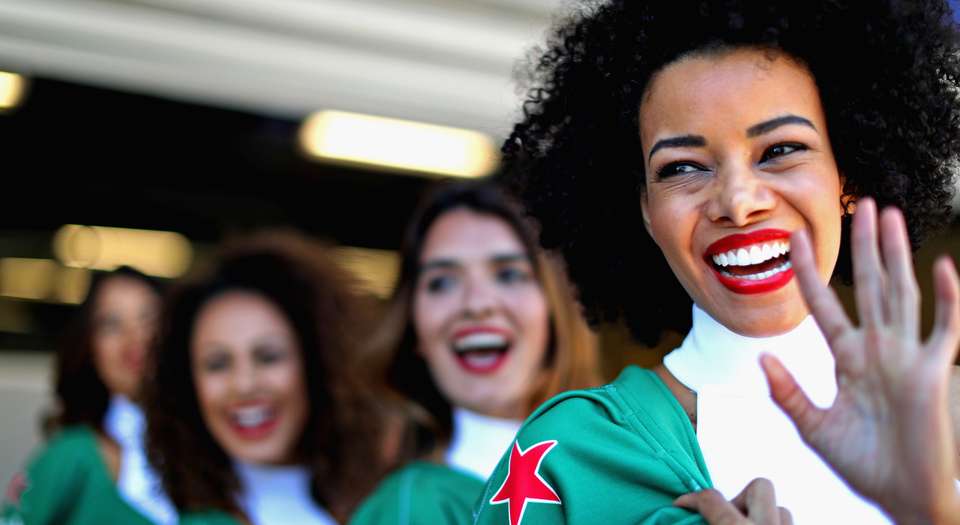 Speaking out in favour of banishing grid girls from Formula 1 racing, the LBC presenter Beverley Turner said at the weekend that the sport had ‘grown old and antiquated’ and that it was ‘important that times move on’. It is a familiar cry heard today, that we must do something ‘because times move on’, and not just in discussions regarding women’s rights. This temporal determinism, this appeal to the calendar, to change some law because ‘it’s the year 2018’, is all the more peculiar because it is so widely accepted and so rarely challenged.

Underlying this thinking is the current notion that everything that is new is good and most of that which is old is bad (see today’s cult of youth and disdain for the aged). This childish neophilia is based on a perverted understanding of the concept of progress. Progress is not a goal, or something imposed on us; progress is a consequence of what we do. Progress is something that ensues when human beings employ reason, intelligence, ingenuity and clear thinking. To say something should be done because ‘times move on’ is the very opposite of rational thinking. You might as well say grid girls should be banned ‘because it’s February’ or ‘because it’s Friday’.

We are not on some preordained, linear trajectory, by which everything becomes better and more liberal and enlightened year by year. Women in most Middle Eastern countries were far more liberated in the 1970s than they are today, while the people of Syria certainly had it better even 10 years ago. Islamic State children are known to execute people ‘in the year 2018′.

Civilisations rise and fall and societies’ mores ebb and flow. One generation will react in opposition to the one that came before. The spirit of liberation seen in the 1960s was partly a reaction to the stuffy 1950s. After the libertine Regency period came the moralising Victorians, and after them, from the 1890s to 1914, came a celebration of decadence and the ‘Great Binge’ when so many people were on drugs and booze. There is no predetermined progress, no times we must move with.

People often use temporal determinism against Brexiteers or UKIP supporters, accusing the former of wanting to ‘turn back the clock’ and accusing the latter of ‘living in the 1950s’. If proverbially ‘turning back the clock’ means restoring the UK to a full democracy, then the feeble temporal argument starts to look hollow and redundant. While the 1950s were dull and conformist, they were much safer and communitarian. But what really shatters such temporal determinism is the growing realisation that we have entered a new era of puritanism, as the younger generation today is far more censorious, judgemental and prudish than twentysomethings were in the 1970s, 1980s or ‘laddish’ 1990s. This is a case of something new certainly being worse.

It would be wrong to blame the Enlightenment for our false religion of progress. Only Hegel and the Positivists such as Henri de Saint-Simon and Auguste Comte went in for this kind of teleological or dialectical thinking. Rather, temporal determinism owes more to the Whiggish view of history, that vague, fuzzy notion that things generally become more enlightened and get better – and indeed must get better.

The Whigs were wealthy liberals who thought they knew what was best for ordinary people. No doubt they also would have argued that women should cover themselves up in public ‘because, after all, it’s the year 1818’.

TV ads: where are the white men?

There has been much outrage, but little surprise, at the disclosure that a forthcoming Labour youth equalities conference will bar straight white men from attending. There has been little surprise because for some years there has been an open war on white males. Owing to our sex and pigmentation, it is assumed that we are in positions of power and therefore need taking down a peg or two. This ignores the matter of class, as many white males are not remotely in positions of power. But the liberal left, and not to mention the Labour and Democratic parties, has developed a blind spot for class. Everything instead must be determined by race and gender.

This is why white males are derided or marginalised. You can see this most glaringly on television adverts, such as those for McDonald’s, Barclays, Moonpig, the RAF and the army, which currently all feature women or black or Asian faces – in disproportionate number to the actual populace. A Facebook campaign by Stagecoach does likewise, and the same has long been the case for newsreaders on local BBC TV networks. No wonder white British people consistently overestimate the ethnic-minority composition of the country.

The war on white males has got to such a ludicrous stage that even Dunkirk, a film based on an actual event involving white males, is criticised for not having enough women or ethnic minorities in it. Meanwhile, Black Panther, an entirely fictitious film, has a black cast and no one complains. With any luck, people in the future will look back on the people ‘of the year 2018’ with mockery and derision.

In praise of Red Dwarf

This week we celebrate 30 years of the science-fiction comedy, Red Dwarf. Although I remain foremost a fan of the first three series, the most recent two on the Dave channel have seen a return to form of sorts.

From the outset there was something fascinating, even perversely attractive, about its central premise: the last man alive is stranded in space on a giant spaceship, with only a hologram, a humanoid cat, and onboard computer for company (Kryten the android would later join the crew). It brought to mind that feeling you had when you were still in the school building long after everyone had gone home: you had the whole place to yourself. It was eerie, but it was still yours.

The early series of Red Dwarf often took seriously the grave situation the protagonists found themselves in, and were quite philosophical at times. It didn’t matter that Red Dwarf bore more than a passing resemblance to The Hitchhiker’s Guide to the Galaxy. The show has always been clever, good fun.

At university, we used to tease the students who wore Red Dwarf t-shirts. They all wanted to be Lister, the lager-swilling, kebab-munching lady’s man, but of course your classic Red Dwarf acolyte is Rimmer, the uptight, socially awkward type who never had a girlfriend.