The people who politicise these acts are playing a lethal game. 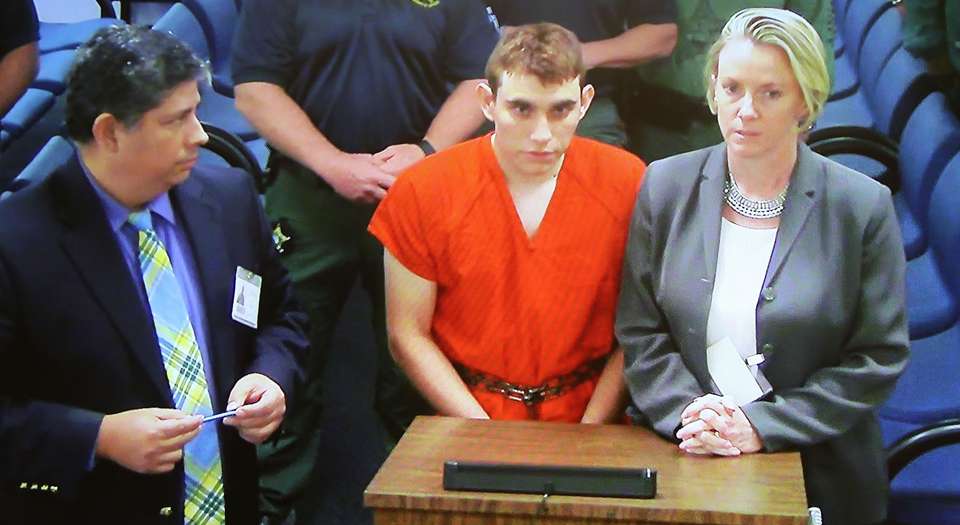 Something remarkable, and disturbing, has happened in the discussion about mass violence in recent years. Observers increasingly devote themselves to depoliticising acts of Islamist terror and to politicising mass school shootings. They downgrade Islamist-inspired slaughter, actively discouraging any kind of political, far less passionate reaction to such violence, and they upgrade school shootings, always insisting that we make them political, that we engage our passions in response to them, that we call them by the right word: ‘terrorism’. They drain the politics from what are clearly political acts of mass murder while injecting political meaning into what are clearly not political acts of murder. This is not only peculiar – it is positively dangerous.

We have seen this warped pattern repeat itself following the Florida school shooting. Almost instantly the cry went up from liberal observers that we should call this terrorism. After all, school shootings terrorise people. ‘The Florida school shooter is a racist terrorist’ – why won’t more people ‘call him that?’, asked one commentator (on the basis of claims that the shooter, Nikolas Cruz, has racist views). Slate says we must upgrade school shootings to a ‘national security threat’. Others demand that the White House declare war on this kind of ‘terrorism’ as seriously as they declared war on al-Qaeda after 9/11 – if not more seriously, given school shootings are more common in the US than Islamist terror attacks are.

All the things observers frown upon, and even demonise as a species of ‘racism’, in the aftermath of an Islamist terror attack suddenly become acceptable in the wake of a school shooting. So anyone who spoke of ‘Muslim men’ as a problem after the barbarism in Paris in 2015, or Brussels in 2016, or Westminster Bridge, London Bridge and the Manchester Arena in 2017, was instantly written of as prejudiced and hateful, possibly requiring investigation. After school shootings, though, the alleged problem of ‘white men’ becomes an acceptable, even widespread talking point. Mention ideology post-Islamist attack, so much as utter the word ‘Islamism’, and you will be shut down, shushed as an ‘Islamophobe’; yet everyone talks about the alleged ideology of gun fetishism post-mass-shooting. Link Islamist outrages in the West to ISIS and you’ll be told, ‘Don’t believe the hype, these are just individuals with a grudge’; yet just minutes after a mass shooting we hear about how these acts are the responsibility of ‘evil’ groups like the NRA.

This simultaneous freezing of politics in the wake of Islamist attacks and intense politicisation in the aftermath of mass shootings is striking and worrying for a number of reasons. First, because it points to a complete, and possibly witting, failure of basic linguistic and moral distinction. The idea that every act of mass violence is terrorism is bizarre. That suggests there is no difference between the dejected, suicidal drunk who mounts the pavement with his car because he’s had enough of life and the religiously convinced extremist who mows down pedestrians as part of a broader warped campaign to signal disgust for Western society and the freedoms its citizens enjoy. It is a vast abdication of moral seriousness, of common sense even, to fail to recognise the difference between a sullen youth who shoots up his former schoolmates and a tight-knit group of ISIS-inspired gunmen who take hostage an entire rock concert and then massacre 89 of the attendees. The former is murder; the latter is a religious, political statement designed to chill the free life of Western cities and inspire other Islamists similarly to strike against what they view as sinful nations and people.

It is becoming increasingly clear that many observers in the West are deeply devoted to downplaying any serious discussion about the problem of radical Islam. And they will do this by any means necessary: by branding your concerns about Islamists as ‘Islamophobia’, by snootily reminding us we’re more likely to die getting out of the bath than in an Islamist attack, by mocking as ‘fearful’ or even ‘far right’ anyone who says anything critical or mean about Islam. And, increasingly, they downplay Islamist terror through comparison; through saying, ‘Well, look at mass shootings: aren’t they just as bad, or even worse?’. Anything they can do to deflect the public focus from issues of religious tension, and from the strains of ‘multiculturalism’, and from the question of why some people in the West hate the West so much that they will massacre hundreds of its citizens, they will do it.

This is bad because it virtually criminalises legitimate debate about new forms of religious violence that have killed hundreds of people in Europe and scores in the US in recent years. And it’s bad because, by extension, it imbues mass shootings with greater meaning and power than they deserve. This is the dangerous game the cynical politicisers of shootings play: the more they say ‘let’s call this terrorism’, the more they say these shootings are on a par with, if not worse than, mass violence carried out by ISIS-linked individuals, the more they say such shootings are a greater ‘national security threat’ to the West than Islamist ideologues are, the more they flatter and empower the 17-year-old loser with a gun. They turn him from a tragic, nihilistic individual into a greater menace to the West than radical Islam. They make his every fantasy come true.

And other cut-off, unstable individuals out there who are thinking of executing a similar destructive and self-destructive act of murder are given more impetus to go ahead. Because they now know that, courtesy of the cynical politicisers of their vile act, they will be instantly transformed from anti-social no-marks into Al-Qaeda Mark II. Playing politics with school shootings is a lethal pursuit. Today’s intellectual cowardice has consequences.