Votes for 16-year-olds? Grow up

Votes for teens is a cynical, prejudiced and anti-democratic demand. 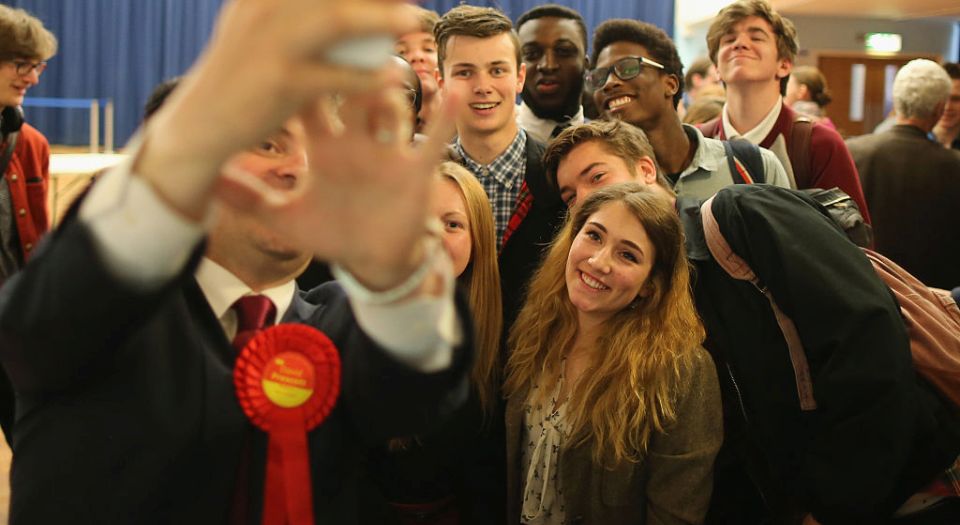 There is no more cynical campaign in British politics right now than the effort to expand the franchise to 16- and 17-year-olds.

Oldie-allergic Labour officials and their cheerleaders in the commentariat doll up their cry for ‘Votes for 16s’ as akin to the Suffragette movement, the perfect cause in this year in which we celebrate the hundredth anniversary of the Representation of the People Act that gave the vote to working-class men and some women. Please.

Those earlier agitations for the right to vote by people who had been violently denied any say over the nation in which they lived and worked were bottom-up leaps forward for democracy. In stark, staring contrast, the idea of votes for adolescents is an entirely elite enterprise, dreamt up in committee rooms by politicians more interested in shoring up their electoral power than expanding democratic ideals. In fact, it is a desire to avoid democratic engagement, to circumvent the disagreeable electorate, to get around the pesky people as it is currently constituted, that motors the call for teen voting.

Everything rotten about the 21st-century Labour Party, about this deathless institution, is summed up in its new lust for expanding the vote downwards. The key driver of the party’s newfound trust in teenagers — having spent much of the past 20 years shunting them out of pubs, banning them from buying cigarettes, spying on them at bus-stops, and in other ways treating them as wicked children — is its loss of faith in, even disgust for, older voters.

Recent research might strongly suggest that the ‘youthquake’ of last year’s General Election was a myth (causing hilarious panic among those who have books coming out on the Corbynista youth revolt!), but it also confirms that Labour is indeed far more popular among younger people than older people.

And having no interest in trying to win over, or win back, middle-aged and old people, the kind of people who so disappointed Emily Thornberry when she bravely ventured out of North London and into the North a couple of years back, Labour has chosen to fashion a new electorate instead. It has opted to co-opt children into the voting masses, believing it might have a better chance of gaining power if the electorate has a smattering of wide-eyed non-adults who are more likely to be swayed by lefty memes than the 58-year-old who needs rather more convincing to part with his beloved ballot.

Labour, in essence, wants to elect a new people. It was Brecht who quipped in the aftermath of the Stalinists’ crushing of the 1953 uprising in East Germany that perhaps the government should just ‘dissolve the people and elect another’. That’s what Labourites are doing: dissolving the electorate as it has existed for decades and recreating it in its own favour. They’ve done it in Wales, where the Labour government this week said 16- and 17-year-olds will be able to vote in council elections, and they want to do it across the nation. Today, in parliament, Thornberry denounced as a ‘coalition of cavemen’ all those who oppose this apparently Suffragette-like expansion of the franchise.

They can use as much pseudo-radical, fist-punching language as they like to justify this infantilisation of the vote, but the fact is it would be a reactionary move, influenced by fear and loathing of the demos rather than love for democracy.

None of the democratic garb being flung over this cynical campaign is convincing. We’re expected to believe that politicians and observers who’ve spent 18 months fuming over the low-information, rabble-like electorate and their bovine rejection of the EU are suddenly interested in more democracy? That the same officials who treat teens as children — from controlling what adverts they see, to lecturing them about health, sex and relationships, to constantly telling them they’re probably mentally unwell — now trust them to decide the fate of the nation? That the likes of Lord Adonis, peer, Remainer and arch, boastful anti-democrat, care for the right to vote? There is ‘every reason’ to give the vote to 16-year-olds, says stranger to democracy Adonis.

There we have it, clear as day, the reason these people want votes for 16-year-olds: because they view such votes as tools of anti-democracy, not democracy. Because they view teens as a stage army they might use to batter and defeat the democratic decisions of the adult population, especially our Brexit decision. Because they aspire to marshall the naivety of youth to degrade the political authority of those sections of society who fought for generations for the right to vote — women and working-class men.

Far from being in keeping with the Act of 1918, Votes for 16s runs directly counter to that great democratic moment. Consider that there have been precisely no marches for teenage voting, far less pitched battles between the people and the authorities, as there were in the 1800s and early 1900s. That’s because teens don’t want this right, and yet politicians are desperate to hand it to them, because they hope that they, the politicians, will benefit from it. Be very suspicious indeed, people, when politicians give out new ‘rights’ like sweets — history tells us that if a right hasn’t been wrested from officialdom, it probably isn’t worth having.

Labour is playing a deadly game. In fetishising the youth vote, in treating the support of the young as somehow more valuable than that of the old, it contributes to the vile anti-old prejudices already rife in public discussion today. In sacralising youth, it demeans the elderly, those who, as we’re often told, won’t even be alive to see the consequences of us leaving the EU, the selfish old bastards. It simultaneously demeans teenagers, reducing them to a stage army, and degrades old people through depicting them as lesser citizens, as problems to be got around. Votes for 16s isn’t only a cynical idea — it is a deeply anti-democratic, prejudiced and dangerous one. All democrats should oppose it.