Brexit betrayed by the confederacy of demophobes

But let’s not despair – the democratic genie is out of the bottle. 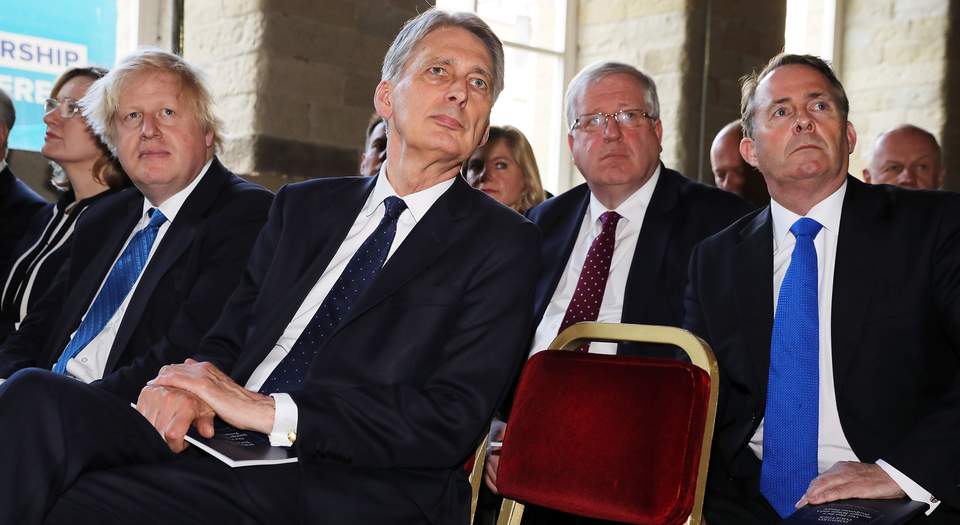 Tory chancellor and arch-Remainer Philip Hammond assures his fellow EU leaders that the UK government only intends to separate ‘very modestly’ from the European Union and its rules. Meanwhile, Tory minister and alleged Brexiteer Liam Fox tells the Sun that his fellow Leave-supporting Conservative MPs must prepare to swallow a ‘soft’ Brexit – aka not-really-Brexit-at-all.

‘I know there are always disappointed individuals’, says Fox, ‘but they’re going to have to live with disappointment’.

We have news for Messrs Hammond and Fox and all the rest of the elitists who still don’t get it. Brexit is not a private affair of the Tory Party, the Labour Party or any other establishment institution. The people they need to worry about are not a few disappointed ‘individuals’. It is the mass of 17.4million of us who voted Leave – and the millions more who care about democracy.

We did not vote for a ‘modest’ rearrangement of the seating arrangements in Brussels. We voted to Leave the EU, lock, stock and barrel, as a demand for more popular sovereignty and democracy.

And we are slightly more than ‘disappointed’ at the way the Brexit vote is being betrayed. Many of us are bloody furious about it. We are not about to give in quietly and ‘live with the disappointment’ of seeing the Remainer elites try to take back control from the demos – the people.

Media attention is now focused on how long Theresa May can survive as prime minister as, in the words of the BBC, ‘Tories’ Brexit agonies resurface’. But there is far more at stake today than the death agonies of Mrs May’s government. The fate of Brexit is in the balance.

The political divide that matters goes much further than the supposed split in the parliamentary Conservative Party. It is the divide between all of the people who back Leave and the elitists who want to thwart their will. It cuts across old party lines and points to the need for new political alignments in the battle over Brexit and democracy.

If there was any doubt before, it should now be clear to all that the campaign to undermine or even overthrow the democratic vote for Brexit has brought together all that is rotten and dead in British society and politics, from the democracy-dodging parasites of the House of Lords downwards.

More than 300 years ago, the satirist Jonathan Swift (author of Gulliver’s Travels) observed that, ‘When a true genius appears in the world, you may know him by this sign, that the dunces are all in confederacy against him’. The appearance of the most brilliant popular revolt of our age, the vote for Brexit, has brought together against it a confederacy of dunce-like demophobes who fear and loathe popular democracy. The political Lilliputians of our modern establishment are conspiring to tie down and slay the democratic giant.

As Mrs Remainer May and her government give in to almost all of Brussels’ demands for concessions and compliance with EU diktat, the Remainers back home smell fresh blood. ‘Tory MPs: “We Can Force Soft Brexit”’, declared the smug front page of Monday’s London Evening Standard, now edited by George Osborne, the former Tory chancellor who threatened us with billions of pounds of punitive spending cuts and tax rises if we dared to vote Leave in 2016.

Away from the spotlight, Jeremy Corbyn’s Labour Party is also coming out more clearly against a bold Brexit, while refusing to rule out a second referendum to reverse the vote. Corbyn himself is the lifelong Eurosceptic who shelved his principle and became a Brexit-sceptic in the referendum, backing the establishment’s Remain campaign. He has now called a top-level Labour summit to discuss endorsing a ‘soft’ Brexit – better described as Remain by another name. Hardline Labour Remainers such as Lord Adonis and (anti-)Brexit spokesman Keir Starmer are making the running, backed by most Labour MPs and the new metro-middle class party membership.

Almost every other section of the UK’s power elites are loyal and increasingly open supporters of the confederacy of demophobes betraying Brexit. The ‘liberal’ media sound like an ever-shriller siren seeking to dash the democratic demand for Brexit on the rocks of despair; new research by the IEA shows that Remain-voting panellists on the BBC’s flagship Question Time and Any Questions debate shows outnumber Leavers by some 68 to 32 per cent. Meanwhile, Whitehall civil servants beaver away in their war bunkers to produce – and carefully leak – anti-Brexit propaganda thinly disguised as objective economic forecasts.

Things might appear pretty bleak for those of us who back Brexit as the biggest democratic revolt against our unrepresentative system in modern political history. But all is far from lost and there is a lot to fight for still.

Most importantly, the battle for Brexit has brought all of the underlying issues in political life to the surface and laid bare the need for new battle lines. It has exposed the EU as the face of institutionalised anti-democracy, a body bitterly opposed to Europe’s own values of freedom. It has also exposed where true loyalties lie among the UK’s own ‘I’m a democrat, but…’ elites, who pay lip service to ‘respecting the will of the people’ in principle while trying to spit on the revolting proles in practice.

The battle for Brexit has revealed once and for all the redundancy of the old politics of right v left, and of both the Tory and Labour parties which stood for those ideas in the past. May’s PC clique and Corbyn’s bourgeoisified club are now ‘Conservative’ and ‘Labour’ in name alone, their claim to be ‘parties’ at all mocked by the deep divisions in their ranks. It would be better for democracy if both collapsed under the strain of Brexit, allowing for a real political realignment to reflect what people believe rather than which badge some think will get them elected.

Above all else, the battle for Brexit since June 2016 has reminded the world that the one force with the power to shake up the system and change things against all odds remains the demos – the people. Whatever happens next with May’s government, the Brexit talks/blackmail or the European Withdrawal Bill, that democratic genie is out of the bottle. There can be no return to the old elitist politics, however hard the confederacy of dunce-like demophobes try to turn back the clock.