One year on: the real problem with Trump

No, he isn’t a tyrant. But he is seriously degrading political life. 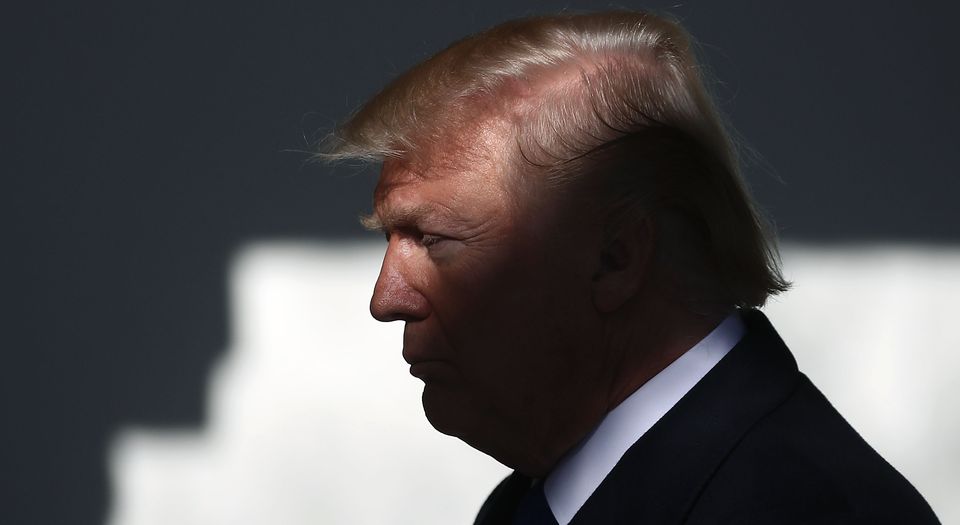 One year after his inauguration, the idea that Donald Trump is a tyrant continues to be a strong current in political discussion. Of course this charge has been a mainstay of his critics, from Democrats to those who imagine themselves to be ‘the resistance’. But we also hear it from Republican politicians and conservatives as well. Recently, outgoing Republican Jeff Flake compared Trump to Joseph Stalin, for referring to the media as ‘the enemy of the people’. And David Frum, former speechwriter for George W Bush, has a new book out, Trumpocracy, in which he argues that Trump is a corrupt authoritarian.

These claims that Trump is a despot are over the top, and don’t correspond with the reality of his actions in office. In fact, it is hard to say Trump stands for any principle, as his views seem to change by the day, or tweet. If he is an autocrat, he is far from a consistent one. Yes, he does make authoritarian outbursts, but he has not followed through on them. He has threatened to change the libel laws, introduce a Muslim travel ban, investigate voter fraud (and potentially suppress certain voters), remove those disloyal to him in the Department of Justice, and dismiss Robert Mueller as the special investigator. But none of these things has materialised.

Moreover, an aspiring would-be dictator would need to subordinate the institutions around him – after all, in the US federal system there are many levels of government and the president’s powers are limited. In Trump’s first year, he simply hasn’t done that. His cabinet often disagrees with him: congressional Republicans have pursued their longstanding agenda, which conflicts with Trump’s electoral promises (and to which Trump has willingly acquiesced, desperate to have any sign of success); Democrats in Congress have successfully opposed his policies, including his proposed reforms to Obamacare and immigration, which triggered the latest government shutdown. Trump clearly hates the media, and his threats are wrong and should be opposed, but he is unsuccessful in silencing them – the mainstream media are obsessed with denouncing Trump’s every move.

Among the most consistent talking points of Trump’s first year is that he is a ‘danger to democracy’. And yet nothing he has proposed is as anti-democratic as the goal of his antagonists: to remove him from office. Their arguments for ousting Trump keep changing: he’s Hitler, he’s colluding with the Russians, and, more recently, he’s mentally unfit and a racist. As do their suggested methods of removal: Electoral College coup, obscure interpretation of the 25th Amendment, impeachment. Such an overturning of the vote, which they so desperately want, would directly undermine democracy.

Time and again, it appears that Trump’s bark is worse than his bite. Does that mean that everything is okay with his presidency? That we should ignore his outbursts, or laugh them off as ‘just words’ or ‘just tweets’? No. Trump’s bigoted comments, his lies and name-calling, his illiberal intimidations – these are all serious problems and cannot just be waved away, as his apologists often try to do.

For Trump’s defenders, these are superficial issues of personality. For instance, Reverend Jerry Falwell Jr recently tweeted: ‘Complaining about the temperament of the @POTUS or saying his behaviour is not presidential is no longer relevant. @realDonaldTrump has single-handedly changed the definition of what behaviour is “presidential” from phony, failed & rehearsed to authentic, successful & down to Earth.’

There’s no doubt that a good portion of the visceral opposition to Trump is down to a snobbish reaction to what he represents culturally, and reflects the cultural elite’s horror at not having complete dominance, as they did when Obama was in office. But that doesn’t mean there is nothing wrong with Trump’s conduct. Trump gives his opponents much that is objectionable to work with. Take the recent ‘shithole’ comment about immigrants from Africa and Haiti. The response may have been hysterical (as if prior presidents had not said worse). But Trump’s comment was clearly racist and should be roundly denounced.

As George Washington said at the start of his presidency in 1789, the president must act ‘in such a manner as to maintain the dignity of the office’. Trump’s tweets and behaviour regularly undermine that dignity, and degrade political discourse. This is especially the case when his critics stoop to his low standards (for evidence, see Rachel Maddow’s conspiracy theories about Russia, and Michael Wolff’s self-admitted work of fiction, Fire and Fury). Furthermore, Trump’s bigotry – as when he equivocated over the Charlottesville protests – is bad in its own right, and should not be dismissed as no big deal.

A leader’s character deficiencies should matter. But Trump’s chaotic behaviour also causes practical problems. His conduct of diplomacy by tweet is ineffective and, in the case of North Korea, it could be catastrophic. His administration’s move to re-authorise the foreign surveillance programme was temporarily thrown off course by a Trump tweet that appeared to oppose it. He has brought much of the Russian investigation upon himself, by his careless words, such as when he fired James Comey for insufficient fealty and to get rid of the ‘Russia thing’. And his ‘shithole’ comment derailed negotiations with Democrats on an immigration deal. Time and again, Trump’s reckless behaviour is at the root of political problems.

Yes, we should not let Trump’s intemperate tweets take our focus off his actions. But there is something of a cumulative negative effect on politics from his ongoing lies, the idiotic and narcissistic eruptions, and his authoritarian and militaristic threats (‘my button is bigger’). This is not rule by tyranny by any stretch, but it is still important to oppose this form of politics and insist we can do better. Crying ‘dictatorship’ and seeking to remove Trump from office is off the mark and unconvincing. A better opposition to Trump has to start with an accurate assessment, and should never stoop to his level of politics by means of outrage and distortion.