Blue Monday: why unhappiness is good for you

Nietzsche knew the score: joy is impossible without pain. 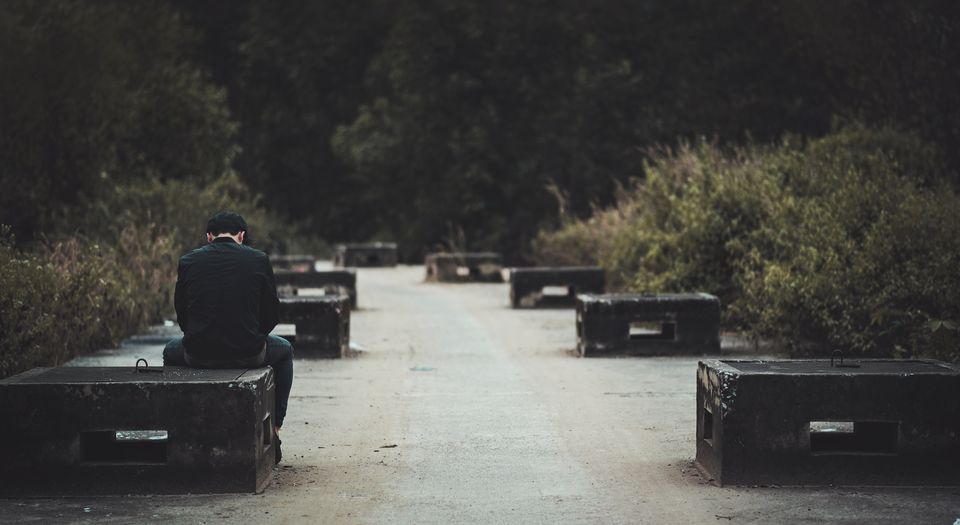 You will no doubt have learned that ‘Blue Monday’, supposedly the most depressing day of the year, fell earlier this week. The third Monday of the year has earned this name because it is typically the date when we break our new year’s resolutions, when we take stock of our bills, and when the prospect of six more weeks of a bleak, festive-free winter comes to grim realisation.

You might have also read that ‘Blue Monday’ is a myth, a mere marketing ploy devised by Sky Travel in 2005 to encourage us to buy in advance more summer holidays abroad. It has no evidence for it whatsoever, the scientists will tell you, and it also trivialises the matter of clinical depression.

This is all quite true. Blue Monday is a shallow gimmick, but no amount of counterargument is going to diminish its appeal. It is now firmly lodged in our culture because we still think of unhappiness as a tangible, actual thing – a negative force that we must identify in order to avoid. We likewise adhere to the perception that happiness is a goal in life, rather than a consequence of what we do in life.

This ‘happiness delusion’ is broadly the thesis of a new book, The Other Side of Happiness, by Brock Bastian, an associate professor of psychology at the University of Melbourne. He points to a familiar paradox in the West, that despite so many of us being comfortably off and not wanting for food and shelter, ‘we are experiencing an epidemic of depression’.

The way to attain pleasure, says Bastian, is to seek pain. ‘Happiness isn’t just the sum of positive feelings. It is the contrast with negative experiences. Happiness is not sitting in a hot spa that brings joy but the contrast with a cold plunge pool. That’s when you appreciate feeling good.’ Bastian exhorts us to expose ourselves to discomfort, hardship and risk, and learn from negative experiences, and not to feel defeated by them. ‘We need to put value back on pain, bearing in mind that you can’t be happy without it.’

His message is correct, of course, but, and it’s with a grim inevitability that I must remind you, it’s also old wisdom. As Nietzsche wrote in The Joyous Science (1882): ‘Happiness and unhappiness are sisters and even twins that either grow up together or, as in your case, remain small together.’ The philosopher who asked us to ‘live dangerously’ did so because he realised that only the ‘discipline of suffering, of great suffering… in undergoing, enduring, interpreting, exploiting misfortune’ will ultimately make us happy. ‘Pleasure and displeasure are mere consequences… every victory, every feeling of pleasure, every event, presupposes a resistance overcome.’

Happiness is not something we should strive to achieve. Happiness is the byproduct of having achieved something through pain and struggle – such as climbing a mountain or learning a new language. Thus unhappiness is something to be embraced and conquered. It’s the only way to make you happy. So next year, let’s celebrate Blue Monday.

That notorious Brexit bus is back in the news again. The foreign secretary, Boris Johnson, has said the assertion that Britain would save £350million a week by leaving the EU was actually ‘grossly underestimated’, and that the UK’s gross contribution to the EU would in fact rise to £438million by 2021. ‘His claims’, reports the Daily Telegraph, ‘threatened to reignite the row with Remain voters who claimed Leavers were tricked by the promise into voting for Brexit, after the figure was printed on the side of a campaign bus’.

Britain’s true contribution was not £350million per week, but rather ‘only’ £248million. Yet I’m not entirely sure it ultimately worked in the Remain camp’s interest to keep drawing attention to this fact. £248million is still a vast amount of money. The Brexiteers may have got their sums wrong, but their essential message – ‘we give away far too much to the EU’ – wasn’t wrong.

The Breixteers weren’t the only ones playing loose with statistics in the summer of 2016. George Osborne, then chancellor of the exchequer, referring to a Treasury report, warned that by 2030 British GDP would be six per cent less outside the EU, and that Britain would be ‘worse off by £4,300 a year per household’ as a consequence.

The Treasury forecast didn’t say that we would be poorer in 2030 if we left. It forecast that Britain’s GDP would by substantially higher in 2030, but six per cent lower than it would have otherwise been had we stayed in the EU.

The Treasury didn’t say that each household would have £4,300 less to spend, as Osborne’s wording implied. GDP figures are substantially higher than household disposable income, because GDP includes corporate investment and government expenditure. In 2014/15, median household disposable income was £25,700, while if we divide the GDP figure of that year by the number of households, the number was £69,000
The idea of ‘GDP per household’ has no meaning. But that doesn’t get you laughs on Mock The Week about ‘the Brexit bus’.

Make the army even more PC

The British army has rebutted criticisms of its ‘politically correct’ recruitment campaign and released a new set of YouTube adverts, including one showing a member from the Aztec community performing human sacrifice and ritualised cannibalism.

Entitled ‘Keeping My Faith’, the advert shows the Aztec soldier kneeling in prayer by a mountain stream during a combat patrol, in which he breaks open his victim’s chest with a blade of volcanic glass, tearing out his still-beating heart and then feasting on his flesh.

A second advert, ‘Expressing My Emotions’, shows a soldier in the jungle who is on the brink of tears after watching The Sound of Music – she finally collapses into uncontrollable sobs as Fraulein Maria and the Von Trapp children perform ‘Edelweiss’ for the very last time. A third, ‘Facing My Kryptonite’, depicts an SAS commander being encouraged to put a new cover on his duvet without getting annoyed.

Sir Michael Wartorn, chief of the army Diversity and Empathy division, defends the new videos. ‘In the year 2018 it is imperative that the army represents the society it serves. This is why we shall be unrolling videos shortly to appeal for recruits from the blind community, the mentally deranged community, the necrophiliac community, the hopelessly incompetent community, the Esperanto community and Britain’s 30,000-strong vibrant, suicidal, Islamist jihadist community.’