Now we know who really fears and loathes Poles – Remainers

The EU lobby's disgust with Poland exposes its deep prejudices. 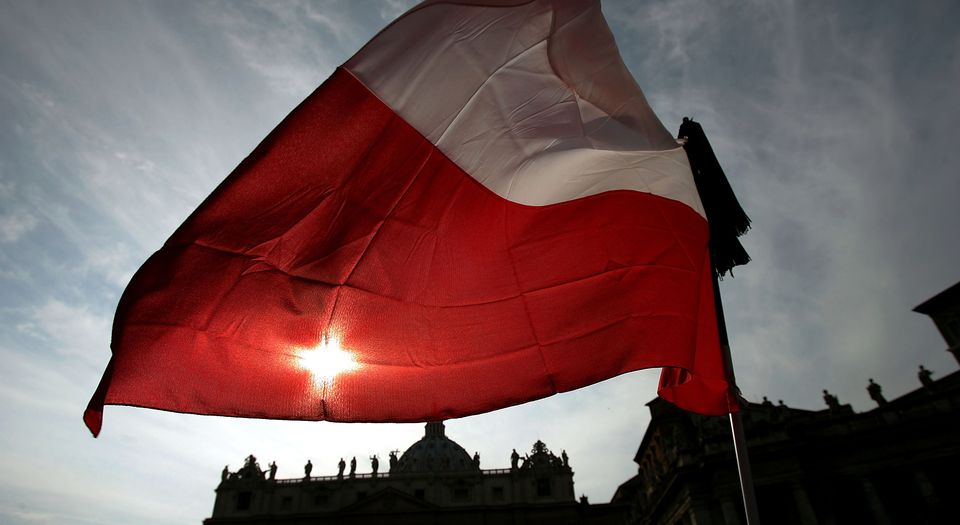 ‘You just hate Poles and other foreigners, don’t you?’ For months after 23 June 2016, when the 17.4million voted to leave the EU, this was the line hurled at us. Brexit was a xenophobic spasm, elitist Remainers said. It was the cry of a prejudiced blob who didn’t like hearing Polish at their local GP’s or seeing a Hungarian lad emptying the bins. Remainers even invented a Brexit hate-crime epidemic to try to prove their propagandistic claim that anti-EU people are driven by loathing of Poles and other non-Brits.

Fast forward 18 months to today, and to the elitist denunciations of Poland and Polish voters by Brussels and its backers in the Remainer media, and we now know who truly fears Easterners — not Brexiteers, but Remainers.

These self-styled defenders of Polish virtue against the Little Englander mob, these cosmopolitans who’ve spent more than a year telling us how concerned they are for Eastern Europeans, are now openly raging against what they view as idiotic Polish people. Yesterday, European Commission president Jean-Claude Juncker said, ‘We are not at war with Poland’. He protests too much.

Tensions between the EU and Poland have been brewing for a couple of years. They exploded in December, when the EU took the extreme step of invoking Article 7 of the Lisbon Treaty, known as ‘the nuclear option’, against Poland. Under this article, a nation can be subjected to sanctions by the EU, stripped of its voting rights in Brussels, and in essence be reduced to a second-class nation. Poland’s crime? Its ruling party, Law and Justice, interfered in the workings of Poland’s constitutional court in a way which, according to the EU, ‘subverted democracy’. And the EU’s answer to this alleged subversion of democracy is to subvert Polish democracy by pressuring an elected government that also enjoys very high ratings in opinion polls to change its political direction or else. Lovely Orwellian irony.

There are two things to note about the hyperbolic accusations of ‘fascism!’ being made against the Polish government by Remoaners, who, to be fair, see fascism in everything from a gruff football chant to a factory worker in Stoke saying, ‘I think our laws should be made in Britain, not Brussels’.

The first is that Law and Justice’s politicised appointments to the court after it came to power in October 2015 are not a world away from the kind of decisions American leaders frequently take in relation to the Supreme Court, where presidents often elevate judges who think and act like them. Maybe President Obama is a fascist, too, given his two appointments to the Supreme Court were of Democratic-leaning judges, one of whom, Elena Kagan, was widely described as a ‘very Obama type person’.

And the second is that Law and Justice was in many ways responding to action taken by the previous government. That government was led by Civic Platform (PO), the party that EC president Donald Tusk led until 2014! Shortly before the 2015 Polish elections, with many correctly predicting PO would lose to Law and Justice, the PO government unconstitutionally appointed five judges to try to shore up its influence post-election. Tut, tut, Tuskites. Law and Justice responded by making fresh and, yes, equally politicised appointments when it duly defeated PO.

The intensification of political conflict over Poland’s constitutional court is far from an ideal situation. But the government there is not a ‘bunch of fascists’, as Remoaner-in-chief AC Grayling claims. Anyway, what is far worse for Polish democracy, and for democracy across Europe, is what the EU is currently doing to Poland; now that’s a subversion of democracy.

Using Article 7 as a loaded gun against Poland’s head, the EU has made clear to Warsaw that it must undo its political decisions and clear ‘problematic’ ministers out of the cabinet if it wants to stay in the EU family. Poland is set to receive around 100 billion Euros from the current EU budget, covering structural, agricultural and other essential areas, and as one report puts it, ‘there is increasing disquiet in parts of [the EU] about sending so much money to a country that violates the EU’s norms’. Look up the word blackmail in a dictionary and you’ll understand what is going on here.

Under threat of being made into a pariah, and possibly a cash-strapped pariah, Poland has had no choice but to reshape its political landscape to Brussels’ tastes. How far has it gone to appease Brussels? Well, last week the prime minister Mateusz Morawiecki dismissed three of his leading cabinet ministers. He got rid of his defence, foreign and environment ministers, all of whom, not surprisingly, have run afoul of Brussels in some capacity in recent years. Let’s not dress this up in euphemistic finery — what’s happening here is that unelected EU officials are using their political and economic clout to punish an elected government and have undesirable ministers sacked.

The Remainer media in Britain are loudly cheering Brussels’ attacks on Polish democracy. That Remainers have so dramatically shifted from expressing sympathy with Poles to applauding as the Brussels oligarchy punishes Poles for their bad political choices and alleged stupidity is very revealing. It suggests the Remain camp loves Poles when they’re here in Britain building their patios or serving them coffee but not when they’re in Poland behaving like actual citizens, making national political decisions and exercising their right to shape their home nation. Their post-referendum cry of concern for Poles now stands exposed as a sham. They were only using Polish people as a moral shield to deflect a British vote they didn’t like: at root, they distrust Poles as much as they do Brexiteers.

You know who really has something important in common with Poles? Brexiteers. We, like them, have been treated with contempt by external, unelected forces who think they know better than us how our nations should be run.