Why the left loathes the Daily Mail

Bashing the Mail has become the ultimate virtue-signal. 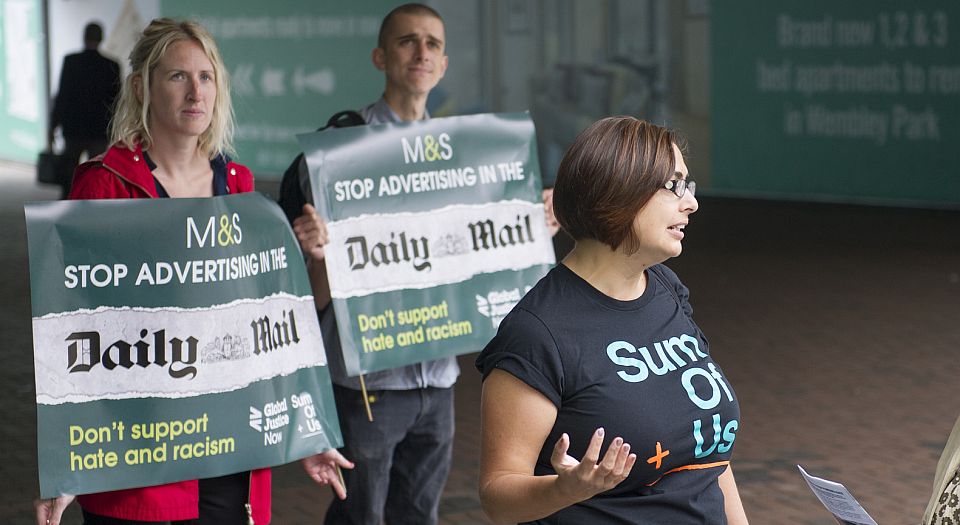 If NHS worship is the default position of the bien pensant of today, then its flipside, declaring one’s hatred of the Daily Mail, is also mandatory for those beholden to fashionable issues and received opinions. So Richard Branson must have thought he was on to a winner when he announced this week that he was to ban this much deplored newspaper from his west coast Virgin Trains, on account of its unfashionable views on immigration and the LGBT community. Presumably, the multimillionaire Branson hopes that the episode of Virgin suing the NHS will now be forgiven or forgotten.

The ban seems to have paid off, pleasing the virtuous voices on Twitter. But it has also generated a backlash, with Virgin accused of censorship. This isn’t strictly true, as the company isn’t stopping its customers from actually reading the Daily Mail, but it is nonetheless an affront to free speech. Virgin has also succumbed to our culture of offence-taking and Safe Spaces, with its staff – whose complaints prompted the ban – not even wanting to be in the vicinity of the Daily Mail, let alone having to open it. And as Paul Kelso of Sky News has observed, ‘virtue signals’ seem to be the only ones that work on the railways these days.

But disliking, hating, mocking or banning the Daily Mail is not merely a means to declare one’s status as a Good Person, or get a laugh on a BBC comedy panel show. It goes much deeper than that. Like public devotion to the NHS, ‘I hate the Daily Mail’ is a performative utterance that binds the liberal-left tribe, words that indicate one’s submission to this mentality and its ersatz religion. Daily Mail hating is intrinsic to the modern left’s post-Christian morality, which, as I was saying last week, can be just as intolerant as a proper religion’s. For today’s finger-wagging moralists, Good and Evil are no longer represented by God and Satan, or Heaven and Hell, but by the NHS and the Daily Mail.

When religious-minded people seek to ban things, it’s not just because of the perceived malign effect they might have – it’s because they merely exist. For people of a religious mindset, Evil in this world cannot be tolerated; it must be wiped out, lest its contagion spread. It’s not enough to decide not to read the Daily Mail. It’s not even enough to avert one’s eyes from its front cover. It must be banished, lest its voodoo powers seep unchecked from its pages.

So many people who profess to loathe the Daily Mail don’t actually know what’s inside it. ‘I hate the Daily Mail‘ in conjunction with the words ‘I never read the Daily Mail‘ is such a staggering display of cognitive dissonance. I wonder if some people realise how sensationally stupid they sound when they utter these declarations in the same breath.

But that’s the whole point, of course. It’s not reasonable to ask the liberal-left to read the Daily Mail before condemning it, because religions aren’t based on reason or dealing with evidence, but on suspicion. It is irrelevant what the Daily Mail contains. The problem is that it exists. If it didn’t, the ever more intolerant liberal-left would find another object of Evil.

The vanity of the black-dress protest

Much abuse has been heaped upon the actresses at the Golden Globes who dolled themselves up in black frocks, ostensibly to raise awareness of the plight of women abused in the workplace. Melanie Phillips epitomised the mood of scorn and derision, writing in The Times that it was ‘hard to recall a more egregious display of vanity-signalling than the black-dress protest. It was “please snap me while I pose in my conscience”. Me Too! Me Too!’

This is all true, but it’s all too easy to deride actors when they enter the realm of politics. Thespians aren’t renowned for their grip on reality – indeed, detaching themselves from reality is precisely what they do for a living. What is more, actors are notorious for being vain, egotistical, insecure, needy attention-seekers. They want to be the centre of attention onscreen, and they live for that applause at the theatre or award ceremony.

This is why when actors get political, they invariably veer to the conspicuously compassionate liberal-left, an area where they will receive more affirmation and affection. It therefore shouldn’t surprise us that some of those designer black dresses were extremely low-cut. Nothing grabs attention more than a show of worthiness combined with a show of boobs.

The problem with actors is not the fantasy land they inhabit, but what they represent in our digital era of narcissism and neediness. Social media has made this trend ever more pronounced, where it has become a priority to seek the approval of others, in which pursuing a ‘like’ or retweet has become compulsive, and the failure to solicit either generating feelings of disappointment or melancholy. No wonder teenagers – already insecure – spend so much time on their smartphones, and feel even more worthless as a consequence.

We can forgive actors for their shallow, self-indulgence. They can’t help it. But they must never be role models.

Why we’re dropping digital for the real thing

‘Vinyl is making a comeback’ is one of those headlines one sees from time to time, but never really believes. But now it seems it’s really coming true. According to recent reports, sales of LPs continue to rise, while digital downloads are now on a downward curve, their sales having peaked in 2013.

Elsewhere, the obituary of the book seems also to have been written prematurely. While sales of electronic books have flatlined, with many Kindle users now having reverted to the real thing, Waterstones continues to open new stores. I recently visited a new branch in Crouch End, North London, and just before Christmas I went into another new Waterstones in Deal, Kent – one of five opened last year.

The record and book industries have responded to the digital challenge well, by making their objects increasingly beautiful. They have tapped into an appeal which the digital experience has yet to replicate: touch. Listening to music is as much about having, removing, holding and placing as it is about sound. To read is as much an act of opening, touching, annotating, page-turning and closing. As anyone with children or a pet will tell you, to touch, to feel and to hold is intrinsic to being at one with that which you cherish.