High-paid stars are using the pay-gap myth as a negotiating tactic. 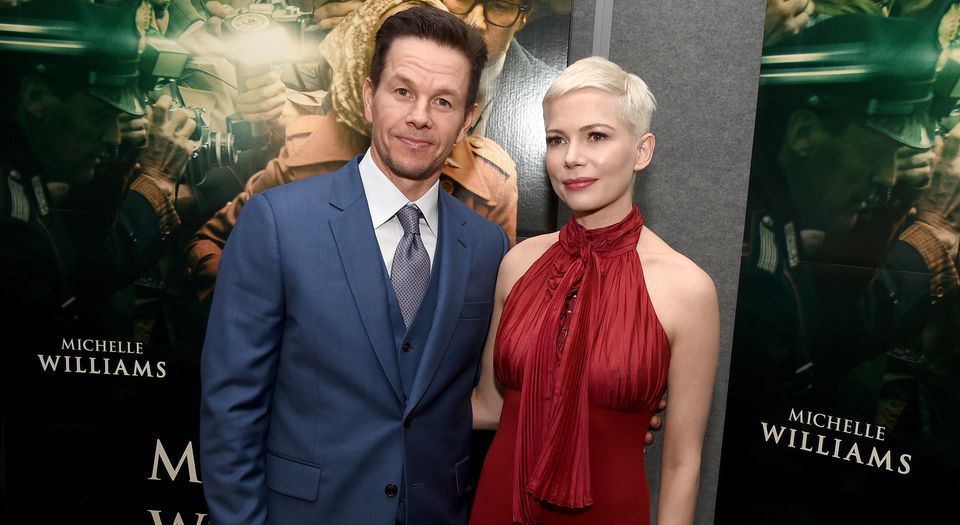 Rewriting history to erase men tainted by sexual harassment allegations is always a tricky business. The producers of All the Money in the World, who re-shot the film to obliterate all trace of Kevin Spacey, are currently finding out just what a minefield it can be. Replacing Spacey with Christopher Plummer meant recalling Mark Wahlberg and Michelle Williams to redo scenes – for which Wahlberg was rewarded with a pay cheque a whopping 1,500 times larger than the paltry $1,000 Williams received. Director Ridley Scott must think his film is cursed: in trying to appease the #MeToo witch-hunters he’s landed right in the middle of today’s second favourite feminist controversy: the gender pay gap.

Michelle Williams isn’t, it seems, the only underpaid female star. In the UK, we’ve had wall-to-wall coverage of Carrie Gracie’s very public resignation from her role as the BBC’s China editor amid accusations that in a ‘secretive and illegal’ pay culture the North America editor Jon Sopel was being paid substantially more than her. By a strange twist of fate, Gracie’s resignation was followed by a new job presenting BBC Radio 4’s Today programme, meaning we hear an awful lot more from her now than we ever did before she resigned. In Australia, Lisa Wilkinson is now co-host of the The Project after having walked out on her previous show Nine when she was refused the same $2million salary as fellow presenter Karl Stefanovic.

It’s hard not to get swept along with the sense of grievance: paying women less than men for the same work is immoral as well as illegal. But look more closely at these woeful tales of prejudice and sexism and all is not what it seems. Yes, Williams was paid less than Wahlberg for re-shoots – but in All the Money in the World she appears in very few shots with Spacey’s stand in, Plummer. Indeed, the whole point of the film is that the character she plays is blocked from accessing her father-in-law (now played by Plummer). Far more of Wahlberg’s scenes are with Plummer’s new character and thus needed re-shooting. Whereas Williams chose to be generous with her time because she supported the plan to reshoot, Wahlberg took full advantage of the opportunity to cash in.

The chief executive of Nine claims that it was the show that walked away from Lisa Wilkinson, rather than the other way round, after she demanded a salary of $2.3million, $500,000 more than she was offered and $300,000 more than her male co-host. Unlike Stefanovic, Wilkinson had commercial contracts which limited the TV network’s access to her. Similarly, Carrie Gracie refused a £45,000 pay rise (far more than most people in the UK earn in a year) arguing it would still leave her male counterpart earning more than her.

But when stars’ salaries look more like telephone numbers we know they are not just in a different league, but playing an entirely different game to everyone else. What makes Gracie worth so much money – or, for that matter, Jon Sopel worth even more? It’s not the hours they work and it has little to do with qualifications. They are being paid for reputation, charisma and an on-screen persona; they are paid for the audience they will attract. Gracie might have a case that she was unfairly treated – are the jobs of China editor and North America editor the same? – but this is an individual matter between her and her agent. Gender doesn’t come into it. There are no doubt hundreds of men at the BBC earning far less than Gracie.

The biggest achievement of these fantastically well-paid celebrities is presenting their demand for a pay rise, or a move to a more desirable job, as a feminist crusade waged not out of self-interest, but on behalf of all the lesser women in the world. Not only do they end up with more money, they take the moral high ground, too. Win, win. However, the pay of celebrities, or ‘talent’, tells us next to nothing about the pay of ordinary people who have to negotiate salary scales, performance reviews and annual increments (if they’re lucky).

But the female celeb-as-victim carries weight because it reinforces an ever-present narrative about the gender pay gap. And this is a story we’ll be hearing a great deal more about over the coming months. By law, companies in the UK must now publish details of the wages paid to staff broken down according to gender. Last week, Easyjet released figures showing an astonishing 52 per cent gender pay gap. Surely this is conclusive proof of entrenched sexism? Not quite. What the data actually shows is that Easyjet, unsurprisingly, pays its pilots more than it pays its cabin crew and only six per cent of Easyjet’s pilots are women. We can get outraged about the fact that so few women are pilots, but those that are earn roughly the same as their male colleagues – just as male and female cabin crew will be on the same salary scales. We should ask why so few women are pilots – although there is no evidence to suggest Easyjet is systematically turning away thousands of qualified applicants.

Despite what a few highly paid celebrities want us to believe, the boring reality of the gender pay gap is that women and men in the same job, working the same number of hours each week, working at the same level, are paid the same rate. Anything else would be illegal. Men and women still tend, in general, to make different career choices and more women cut back on the hours they work once they have children. This is slowly changing – and it might not be what feminists like to hear – but it explains average pay differences.

Celebrity pay scandals tell us nothing about the pay of ordinary people – but they do tell us a great deal about feminism today. They tell us it is now a plaything of the elite, which allows a tiny group of already incredibly wealthy women to secure even greater pay rises at the same time as presenting themselves as victims deserving of our sympathy. They shouldn’t get it.