‘Tony Bliar’ is the honest face of the Remainer elite

Blair’s attack on Brexit spells out what other democracy-loathers won’t. 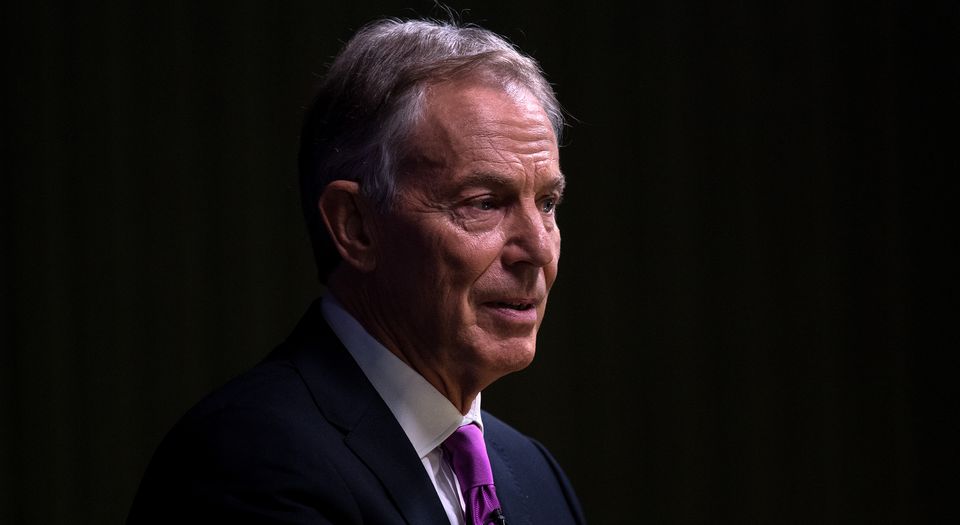 During his years as Labour prime minister, Tony Blair won a reputation as ‘Tony Bliar’, notably over his ‘dodgy dossier’ backing the disastrous 2003 invasion of Iraq. But, after his latest attack on Brexit, ‘Bliar’ surely deserves a different sobriquet. Perhaps we should rename the old monster ‘Honest Tony’: the true spokesperson for the anti-democratic Remainer elite, who will spell out on the BBC what other democracy-haters only mutter at their private supper parties.

This morning, Blair told BBC Radio 4’s flagship Today programme that Labour should stop shilly-shallying over Brexit and come out as the Remainer Party – it should ‘go to the high ground on opposing Brexit’, he said, and demand a second referendum to make voters ‘think again’ about leaving the European Union.

He was immediately attacked for being an out-of-touch embarrassment to Labour. But, in fact, Blair’s blunt intervention suggested he still has his finger on the pulse of the UK political class.

Britain’s political elites all despised the democratic vote to leave in the June 2016 EU referendum and have been desperately trying to undermine it ever since.

Of course, there are tactical differences among them. Some, like Lib Dem leader Vince Cable and his predecessor Nick Clegg (soon to be knighted for services to the EU establishment), want to use the unelected House of Lords to overthrow the popular vote. Others in both the Tory and Labour leaderships take a ‘subtler’ approach, insisting that they ‘respect the referendum result’ in principle while seeking to sideline it in practice by doing a deal with the EU that would mean a form of Remain by another name.

What unites almost all sections of the political class, however, is their determination to ‘take back control’ from the proles who disobeyed their wishes and voted Leave.

Those 17.4million Leave votes, let us remind them, represent the biggest popular mandate for anything in UK political history. (By comparison, Blair won 10.7million votes in Labour’s ‘landslide’ General Election victory of 1997, and some 9.5million – not quite 55 per cent of the Leave vote – in his third win in 2005.)

What set the Brexit vote apart from bland parliamentary politics wasn’t just its size, but what it represented: a democratic revolt against the political class. Like others, Blair now claims there are ‘elites on both sides’ of the Brexit divide. But the fact that a few millionaires and posh Tories backed Brexit does not alter the fact that every major UK political party backed the establishment’s Remain campaign, along with everybody from the governor of the Bank of England to the president of the United States.

And when they lost the referendum, we saw the anti-democratic fury of the elites: leading Labour MPs demanding parliament must immediately overthrow the ‘madness’ of popular democracy; former Tory prime minister John Major declaring that ‘the dictatorship of the majority has never applied in a democracy’; City financier Gina Miller – poster girl of the Blair-Richard Branson billionaire Remainer rearguard – confessing that the Leave vote by the revolting masses had made her ‘physically sick’.

What they hated was that for almost the first time in modern political history, democracy – the rule of the demos, the people – had ceased to be a charade and had suddenly become something real. As a report by the anti-Brexit Electoral Reform Society begrudgingly admitted, voters told them ‘time and again’ that the referendum had been the first time their vote ‘had truly counted’.

Ever since, the elites have been trying to ensure our votes effectively count for nothing. Blair’s latest intervention might appear too blatant to some in the elite. But all they are really complaining about are the ‘optics’ – that it doesn’t look good having a discredited old dinosaur like ‘Bliar’ attacking democracy so openly.

As one Labour shadow minister told the BBC, Blair’s remarks are ‘utterly unhelpful’ because ‘lots of Labour voters voted for Brexit and this to them sounds like the metropolitan elite ignoring them’. Never mind the fact that the cross-party political elite really is trying to ignore and overturn the Leave vote – we don’t want to make it ‘sound like’ that to ‘Them’, Tony! The Remainer wolves would rather dress up in democratic sheep’s clothing (‘sheeple’ being what they really think we are).

Blair is right about the tension in Labour’s ‘soft Brexit’ position, as Jeremy Corbyn’s party tries to keep traditional Leave voters on side while being increasingly influenced by new supporters from the Remainer metropolitan middle classes. But he is wrong to imagine Labour can ‘make Brexit the Tory Brexit. Make them own it 100 per cent.’ The leadership of the Tory Party is no more keen on Brexit than Corbyn’s Labour. They are all elitist Remainers at heart.

When Honest Tony urges Labour to take ‘the high ground on opposing Brexit’, he wants it to look down on the ignorant plebs. But fighting for Brexit remains the best path to the democratic summit of taking control back from the political elites.