No, Brexit was not a cry for help 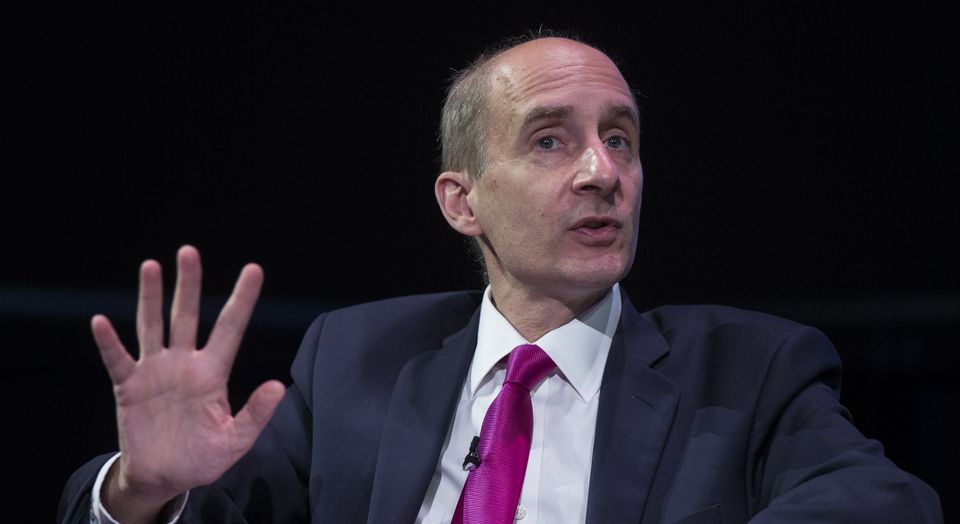 For much of the 18 months since the EU referendum, elite Remainers, vowing to stop Brexit at all costs, seem to have been stuck simultaneously in the first two stages of grief.

There’s the denial. The 17.4million-strong vote to Leave, the largest mandate in British political history, wasn’t the will of the people, they say, as they twitchingly retweet misleading pie charts.

And of course there’s the anger. The Brexit vote, they spit, was ‘madness’, ‘mob rule’, and the work of easily led ‘ignoramuses’ who couldn’t even spell Brussels, much less appreciate all it does for us.

Now, they finally seem to be entering stage three: bargaining. Albeit a kind of bargaining dripping with the same pleb-hating contempt.

The explosive resignation last week of New Labour peer turned Tory-appointed infrastructure adviser Lord Adonis, who denounced Theresa May for indulging the ‘populist spasm’ of Brexit and pledged to block it in the Lords, was striking in two ways.

First, there was his complete lack of self-awareness. The life peer, who’s never been voted for by anyone, said he made up his mind to leave the National Infrastructure Commission and focus full-time on thwarting democracy while skiing in Austria. (As one sympathetic observer put it, the ‘optics’ were every Brexiteer’s dream.)

Second, Adonis tied in his call for a second referendum with a call to channel ‘the tradition of Attlee’ and ‘eradicate [the] social problems’ that he says led to the Leave vote. In effect, he was suggesting that promising Leavers a bit more TLC might coax them out of their decision.

This is what Blairite spindoctor and frothing anti-democrat Alastair Campbell has dubbed ‘tough on Brexit, tough on the causes of Brexit’. The idea is that, in the context of a squeeze on living standards, biting austerity and growing regional inequality, the Leave vote was less a blow for democracy and more a cry for help.

Former Labour MP turned government social-mobility tsar Alan Milburn pulled the same trick when he resigned in December. He said Brexit was sucking up Whitehall’s ‘bandwidth’, meaning that not only was the government ignoring pressing social problems – it was further creating the ‘breeding ground for populism’.

Brexit, then, is simultaneously a symptom and an accelerator of social strife. As the Guardian put it after Milburn’s resignation, ‘Brexit is not the answer to social injustice that many of the poorest Leave voters hoped for. On the contrary. Brexit is a deepening part of the worsening problem.’

For all the caring gloss, the message is of course the same as it has been all along: we, the 17.4million, didn’t really know what we were doing and the elite must now intervene to right our democratic wrong. Only this time, rather than swearing at us from a Thames flotilla, or berating our ‘low-information’ minds from the nearest BBC radio car, Rearguard Remain types want to feel our pain and help us see sense.

This new tack is of course self-serving twaddle. (As Tim Black pointed out on spiked after Milburn stepped down, social mobility has been declining all of the five years he has been in post, and yet not a peep from him pre-Brexit.) It is also a wilful misreading of Leave voters.

Yes, despite desperate left-Remainer claims to the contrary, working-class voters, many from the forgotten parts of coastal and northern England, bolted for Brexit in large numbers. (The National Centre for Social Research has it that 59 per cent of Leavers identify as working class.)

But there’s no evidence to suggest this was the result of sheer desperation or a misguided belief that Brexit would magically Make Britain Great Again. In poll after poll, survey after survey, the two most salient issues for Leave voters were sovereignty and immigration.

Leavers may have rejected the doomsday predictions of the Remain campaign, but they placed the principle of control – of our laws and borders, in particular – over the question of jobs and the economy (the primary reasons cited by Remainers for why they voted as they did).

Labour MP Lisa Nandy has spoken of her ‘Brexit epiphany’ before the vote, when workers in Sunderland told her ‘we know that [voting Leave] might cost us… but we’re going to do it anyway’. And this steely spirit seems to have made it out of a year-and-a-half of Remainer fury undimmed. A recent report found that while pessimism about Brexit’s potential effect on the economy is on the rise among Leavers, there’s no evidence to suggest they are reconsidering.

Then there’s the snap election. If working-class people only voted Leave because they were smarting from Tory austerity, why, then, did they swing for May’s Conservatives in Brexity, austerity-hit areas, while the Remainer middle-classes in Canterbury and Kensington backed Corbyn?

The election may have returned a mixed – and for the Tories, humiliating – result. But the data shows that the Tories picked up support precisely among the blue-collar Leavers we’re told are being so failed by May’s grasping ‘Brextremists’. In the Brexit election, the Tories were perceived by many Leavers as the only means to defend their vote.

Either this is ‘false consciousness’ on an industrial scale, or perhaps working people think that some things are more important than short-term economic stability. Maybe they see more control over the laws they live under as a route out of their political and economic isolation. Maybe they don’t trust Brussels and Whitehall mandarins to keep their best interests at heart. It’s anyone’s guess.

In any case, this elite-Remain attempt to drown us in crocodile tears shows there is nothing these people won’t do to try to keep us in their precious EU. Still, there’s hope for those of us committing to defending Brexit.

Time and again those who fancy themselves as the leaders of Stop Brexit hail from precisely the unaccountable layer of politics Leave voters so vehemently rejected in June 2016 – whether it’s Campbell the spindoctor, the unelected Lord Adonis, or the snobby capitalist Gina Miller.