The rise of the terror amnesia industry

In 2017, our response to terrorism became dangerously passive. 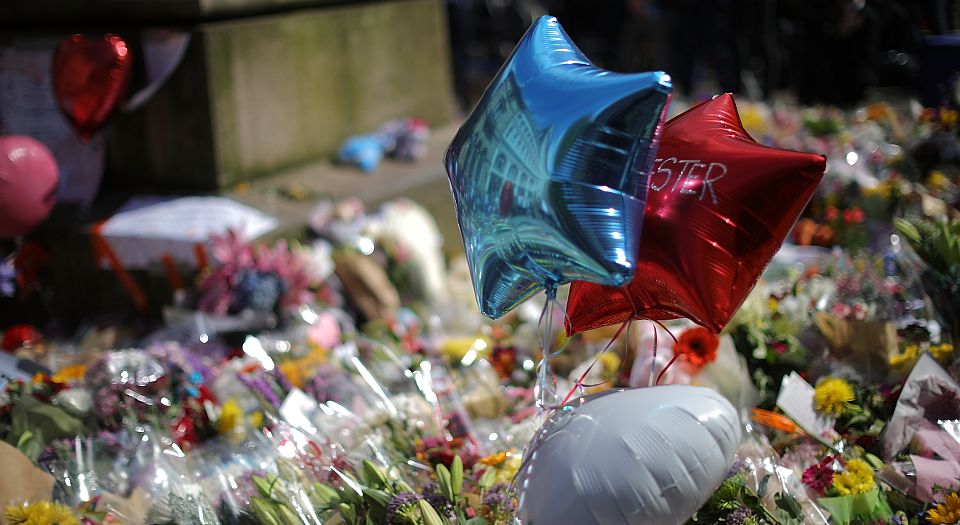 2017 might prove to be the year we caved in to terrorism. The year we accepted that the occasional act of Islamist barbarism, the occasional mass stabbing of Saturday-night revellers or blowing apart of girls at an Ariana Grande concert, is just something that happens, like bad weather. It was the year in which our response to terror was not anger, far less ‘Blitz Spirit’, but a collective sad-face emoji. ‘Don’t look back in anger’, we said after the horror in Manchester, perfectly capturing the defeatist, self-silencing, emotion-policing nature of our attitude to terror today.

In 2017 we witnessed the rise of the terror amnesia industry – an informal but effective effort by the political class and opinion-forming set to shush serious discussion about terrorism; to tame strong emotions post-terror; to make people forget, in essence, the latest bloody destruction of their fellow citizens, or at least stop thinking about it. ‘Don’t look back…’

This Orwellian encouragement of forgetting, this cultivation of emotional passivity in response to radical Islam, this top-down demonisation of concern about Islamist terror as a species of ‘Islamophobia’, is the reason why even something as horrific as the Manchester attack, the targeting of our next generation, of girls, does not live in the collective memory in the way it ought to. The speed with which the Manchester horror evaporated from the national consciousness was one of the most disturbing political events in Britain in 2017.

To my mind, the suicide bombing in the Manchester Arena on 22 May was one of the worst terror attacks in the West in recent years. It was an assault not just on life and limb but on the gaiety of youth and the liberty of girls who enjoy things radical Islamists frown upon. Twenty-two people were killed. Ten of them were under the age of 20. One was eight. Two of the dead were Polish nationals. So as the media class stirred up moral panic about post-Brexit Britons feeling emboldened to attack Poles and others, in fact it was a radical Islamist who indiscriminately slaughtered Poles here. But don’t think about it. Get on with your life and stop being Islamophobic.

The response to Manchester was chillingly passive. It was made clear very quickly that the role of us citizens was not to think hard about this attack, far less rage against it, but rather to express sadness online, maybe sign a real-world book of condolence, and then move on. It was as if a natural disaster had struck Manchester, rather than a conscious religious assault on our fellow citizens and the freedom they were enjoying.

So after Manchester there was the usual media panic about an ‘Islamophobic backlash’, sending the signal that ordinary people’s emotions and views cannot be trusted post-terror: they’re too febrile, too prejudiced, and thus must be dampened down. There was even a reluctance to say the i-word. Remember the fury that greeted then UKIP leader Paul Nuttall’s use of the term ‘Islamist extremism’ in a TV debate a week after the attack? ‘NO!’, hollered the other politicians on the panel. He was accused of ‘Islamophobia’. You cannot even say ‘Islamist’ in relation to Manchester. This is how deeply the West’s moral cowardice now runs: we are not even permitted to name the ideology that motors the murder of our fellow citizens.

A nation that fails to get angry about the slaughter of its children, and which won’t even allow frank discussion about the ideology used to justify that slaughter, is a nation that has lost its moral anchor. And it is a nation that sends a lethal signal to its enemies: we don’t mind very much when you kill our children. We won’t be moved profoundly by it. We won’t remember it for long. And so, within weeks, Manchester disappeared from collective thought; it was memory-holed by a political and media set who dread nothing more than public discussion about radical Islam or public anger about religious violence. They made an awful trade-off: they decided that silencing tough debate about the i-word should take precedence over memorialising the 22 souls extinguished in Manchester.

It was the same after the Westminster Bridge attack in March, which killed four; and the London Bridge attack in June, which killed eight; and the failed Parsons Green bomb in September. In every case, the spectre of ‘Islamophobia’ was raised to subdue strong emotions, silence difficult discussion, and in effect to decommission the citizenry, instructing us that our role after terror attacks is not to think or argue but to shed a tear and go home. The elites distrust ordinary people so much that they devote most of their post-terror energies to muffling our worries, policing our emotions.

This pattern has been repeated across Europe. More than 400 people have been killed by Islamist terrorists in Europe in the past three years alone. And in each case, the terror amnesia industry swiftly got to work. That’s because there is something the Euro political classes fear more than terror, and that is testy public discussion about European values, the tensions in the ideology of multiculturalism, the scourge of radical Islam, and the issues raised by mass migration that is carried out above the heads of the demos. They seem to have decided that the occasional act of barbarism is a price worth paying if it means we can avoid such difficult discussion. They fear us and our feelings more than terrorism.

In 2018, in the name of free and difficult public debate, we should confront the terror amnesia industry. We should refuse to forget or swiftly ‘move on’ from these violent ideological ruptures in our societies. Here’s one person we should defiantly remember: Ignacio Echeverria, the 39-year-old Spanish banker working in London, who found himself caught up in the London Bridge attack in June. He used the only thing he had to hand – his skateboard – to fend off one of the Islamist knifemen who was attacking a woman. Tragically, Echeverria was killed. But that kind of bravery – where we confront terrorists in the moment they attack, and confront their ideology frankly and freely after the attack – should live on.