Why social-media execs cannot see the potential in their own creations. 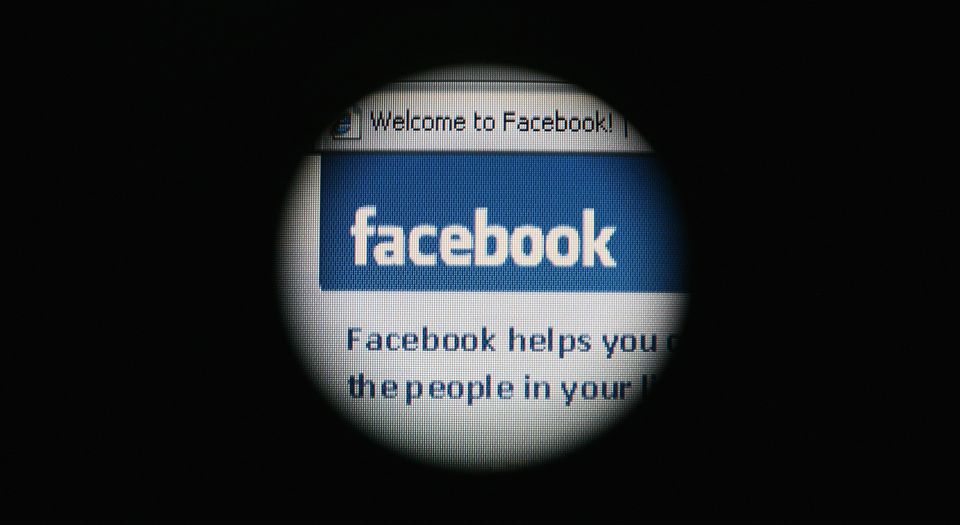 A strange spectre is haunting the hi-tech world of social media. Former executives of Facebook have publicly denounced the multibillion-dollar company for ‘ripping society apart’. Chamath Palihapitiya, Facebook’s former vice-president for user growth, in a confessional piece broadcast to the world, castigated Facebook for encouraging self-obsession and helping to spread lies and fake news. Sean Parker, Facebook’s first president, says he and Mark Zuckerberg created a ‘monster’ by ‘exploiting a vulnerability in human psychology’.

These attacks have sent shockwaves through Silicon Valley, and beyond. They are being heralded as a wake-up call to those who have made billions off social media. And there are now demands for more regulation and curbs on social media. But there’s a problem: these arguments are garbage. Blaming social media for the current state of society turns the world on its head.

The technology of social media is not ‘tearing society apart’. Rather, Facebook and other social-media platforms are a symptom, a channel which allows contemporary society to manifest itself in public. Social media are not the cause of social breakdown; they’re better seen as merely an expression of it, or perhaps a facilitator or enabler.

These recent claims are, nonetheless, very revealing. They show that the most self-obsessed people in the social-media world are the hi-tech executives themselves. Could there be anything more arrogantly self-obsessed, self-congratulatory or self-centred than to claim you are personally responsible for the behaviours that drive billions of people online?

The executives turning against their social-media creations seem to have the moral authority of expertise. They are insiders; they built the algorithms and gaming mechanics that purport to shape the online behaviour of Facebook’s two billion users, which feeds the advertising revenues Facebook generates from its paying clients. And so their ‘evidence’ has given greater authority and legitimacy to the growing demand for regulation of social media. There are two huge problems with this: first, it threatens free speech online; and second, it is a distraction from any serious engagement with the social and cultural developments that gave rise to social-media behaviour in the first place.

Contrary to current mythology, Facebook and its predecessors, particularly MySpace, rose to prominence not because lone entrepreneurial geniuses or compelling new technologies understood how people thought, but rather because they fulfilled a social need. A key aspect of this new social need was the emergence of a generation whose childhood had been transformed by a culture of risk aversion that took hold long before the internet. Digital communications were embraced by these younger people because they solved a particular problem: how to engage with your peers in an era when you are more protected, and more in the presence of adults, than previous generations were. Digital media became attractive because they allowed children to escape the persistent gaze of adults; to experiment, express themselves and entertain themselves in spaces free from adult supervision.

‘Digital children’ were a product of their times. Like previous generations, they used, adapted and shaped the technologies they found around them. Soon the technologies were being internalised, inevitably giving rise to an introspective culture and an obsessive need for self-expression. This emerging egosphere was fuelled by developments outside of social media: by the elevation of self-esteem; the transformation of childhood into a therapeutic trauma; the move towards identity politics – just to mention a few trends that gathered pace over the past 30 years or more.

The new technology became the mechanism through which social experience could be mediated. It allowed a new generation to create spaces within which they could experiment with their identities, entertain themselves and create peer networks of support and discovery. This normalised self-absorption and self-reflection. It is this culture that gave rise to social-networking sites, with Facebook emerging as the pre-eminent one.

The emergence of the egosphere had two critical consequences. The first was the myth that ‘digital children’ were really into technology; that the attraction of the technology was the driving force of changing behaviour. This not only inflated the egos of Silicon Valley technologists – it also meant children were always being praised for their apparent technological prowess. In truth, it was children’s limited social experience in a risk-averse world that made them turn to technology.

And this gives us the second, and critical, consequence of the rise of an egosphere: it sped up the increasing individuation and loss of direction of adult society, too. Already disoriented by the collapse of old social and cultural institutions, adults were initially bemused by their children’s changing behaviour. Having encouraged their kids to stay in their bedrooms and use this new technology, rather than venture out into the ‘unsafe’ streets, they now found they were increasingly living with ‘aliens’ animated by behaviours and technologies they did not understand. In a bid to ‘get down with the yoof’, or simply to alleviate their own sense of social disconnection, adults started to adapt to their children’s world. The end result – and this is probably the first time this has happened in history – was that the socialisation process of children by adults was reversed. Adults were socialised into a child’s world. As a result, contemporary society became increasingly infantilised. The need for an online platform for therapeutic, self-reflective and self-absorbed expression became as pronounced among adults as among the young. Facebook and others merely rode, and benefitted from, these social processes; they didn’t instigate them.

What is really staggering about the recent social-media panic, triggered by social-media execs themselves, is the utter contempt these Silicon Valley people have for their customers, for the very people who have made them billions of dollars. Their claim that millions of Facebook users believe fake news or lies posted online confirms that they view their customers as people who cannot be trusted, as lacking the capacity for autonomous decision-making. This isn’t really surprising, though. Contempt for ordinary people drives many technology companies, as expressed in their belief that algorithms and gaming mechanics can shape and drive user behaviour.

Behind social-media creators’ confessed concern about the impact of their technologies, there lurks an old-fashioned elitist contempt for ordinary people. And it is contributing to one of the key problematic ideas of our time: that technology, and not the people who use it, is the real active agent and determinant of social outcomes. This is technological determinism, a belief that the tail wags the dog. Technology has no autonomy. It is how people and society use it that determines its economic, social and cultural impact. The Silicon Valley execs raging against their own inventions could lead to a closing down of new-technology experimentation, to fear and stasis in this field.

That would be remarkable and unprecedented: a case of capitalism eating its own children, so to speak. We now have inventors who cannot see the positive potential in their own creations. All they see in these potentially brilliant new platforms is an opportunity to benefit from the oldest business model in history: advertising. Yawn. Facebook has connected over two billion users who interact with the platform and each other on a daily basis – an historic achievement – and yet its creators are either severely limited in their ambitions for this platform or they are starting to argue that the platform is in fact dangerous. What a depressing lack of imagination.

They have at their fingertips two billion brains that could be mobilised to create the greatest problem-solving platform in human history. This is no exaggeration or technological utopianism. In 2006, Yochai Benkler, professor of law at Harvard Law School, published a book called The Wealth of Networks. He calculated the impact online connectivity would have on the future. He argued that a billion connected people in advanced economies could have ‘between them, two billion and six billion spare hours’ each day. He calculated that ‘it would take the whole workforce of almost 340,000 workers employed in the entire motion picture and recording industries in the United States put together… between three and eight-and-a-half years’ to equal the daily spare time of a billion connected people.

This is mind-boggling. Benkler poses the question of what two billion connected people could today achieve on Facebook alone, never mind all the other social-media platforms. The brain power, the free time, the almost unlimited resource at our fingertips – the potential is staggering. But our contrite Facebook executives cannot see beyond their self-inflated egos, they cannot see the potential they are sitting on. Instead they see a problem, something that needs to be curbed, controlled, regulated.

As depressing as their social-media fear and panic might be, it is also useful. First, because it reveals that you don’t have to be very smart to make a lot of money. And second, because it confirms that the high-technology priests are becoming a barrier to technological progress. Criticising this delusional technological determinism, recognising and exposing its low expectations, is perhaps the first step towards turning these new technologies into tools of human agency and progress, rather than leaving them as platforms that enrich a self-centred elite that is deeply contemptuous of the source of its wealth – us.