The Western media fawning over the crown prince has been shocking. 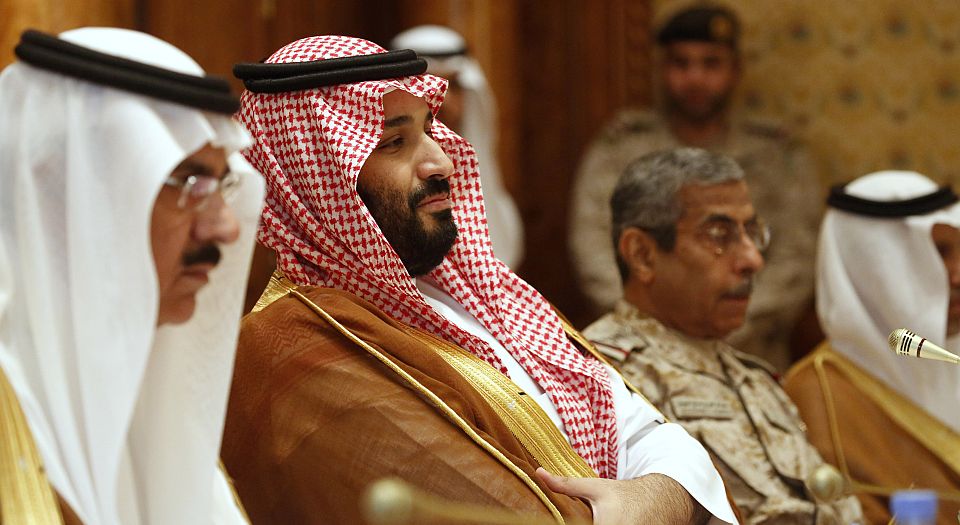 When it comes to foreign policy, the British and American media follow their respective government’s line as compliantly as any Russian TV channel follows Kremlin diktat. Just look at the recent coverage of Mohammed bin Salman, the new crown prince of Middle East ally Saudi Arabia.

Bin Salman is a man who makes President Assad look like a wet liberal. Since seizing power, he has set about crushing dissent at home and embarking on a series of disastrous foreign-policy misadventures abroad. And yet the British and American media have been all over him.

Take Thomas Friedman’s love letter to ‘MBS’ in the New York Times, entitled ‘Saudi Arabia’s Arab Spring, at last’. In the manner of a swooning teenager, Friedman holds up bin Salman as a man bringing liberty to the people (he recently lifted the ban on women driving and has allowed some cinemas to be reopened).

The Guardian has been a cheerleader for every catastrophic military intervention since the Cold War. And now its diplomatic editor, Patrick Wintour, has discovered in bin Salman a kinder, gentler kind of despot he can get along with. He’s called him a ‘risk-taker with a zeal for reform’, and praised him for rooting out corruption. (Quite what that means in a state that is literally the private property of a ruling family is hard to work out.)

This all comes as part of a concerted PR drive to change Saudi Arabia’s image. Even Mohammed bin Salman’s nickname, MBS, repeated ad nauseam by Western journalists, seems like it was cooked up by a PR agency. (You can just imagine it: ‘Okay guys, I’m thinking Mohammed bin Salman sounds a bit wordy and a bit, to be honest, Muslim-y. Let’s think of something catchier and more casual.’) And this is all seemingly intended to distract from bin Salman’s increasingly erratic foreign policy.

The Saudi war on Yemen, launched by bin Salman in 2015 in an attempt to push back against Iranian influence, is totally out of control. According to the UN, Yemen is now on the brink of a manmade famine that could be the world’s worst in decades. There are now over 900,000 cases of cholera. It has been suggested that bin Salman himself now wants a way out of this war. But this has little to do with the staggering loss of life, and more to do with the fact that the Saudis don’t have bottomless coffers anymore, and oil revenues are falling.

Bin Salman also sparked a crisis in the Gulf this summer with the blockade he led against Qatar, aimed at forcing it to shut down Al Jazeera and cut ties with the Muslim Brotherhood. A few months later, Saudi Arabia made Lebanese prime minister Saad Hariri resign in an attempt to scupper his government’s coalition with Hezbollah. Saudi officials then announced that Lebanon had declared war on it. And rumour had it that Saudi Arabia was trying to encourage Israel to launch an attack on Hezbollah.

Then there is bin Salman’s crackdown on his opponents at home. Hundreds have been arrested, including other princes, and some have ‘accidentally’ died in the process. But never mind all that. Women are allowed to drive! And a couple of cinemas are going to reopen! The Arab Spring comes to the Kingdom of Saudi Arabia indeed.

The reason for Britain and America’s ongoing support for Saudi Arabia is clear. Britain alone sells billions of pounds worth of arms to Saudi Arabia each year, and American and British support for the Saudis, as well as UAE and Qatar, is part of a decades-old policy to support conservative monarchies over secular Arab states. This has led to us funding vicious Islamist barbarians and being complicit in Saudi’s horrific war in Yemen (British military personnel helped in the bombings). Our governments’ complicity in Saudi’s activities is contemptible, but at least it makes sense.

What doesn’t make sense is the media’s willingness to go along with all this. The media are supposed to hold government to account and inform the public about developments at home and abroad. But American and British outlets have been trotting out puff pieces about MBS as if to give cover to an ally. They discuss the war in Yemen at length without once mentioning British and American participation. And Saudi Arabia’s funding of the 9/11 attackers, ISIS and many other Islamist groups is treated still like an open secret.

They put Russia Today to shame.