Taking back control from the plebs

MPs’ ‘meaningful vote’ on Brexit is a blow to popular sovereignty. 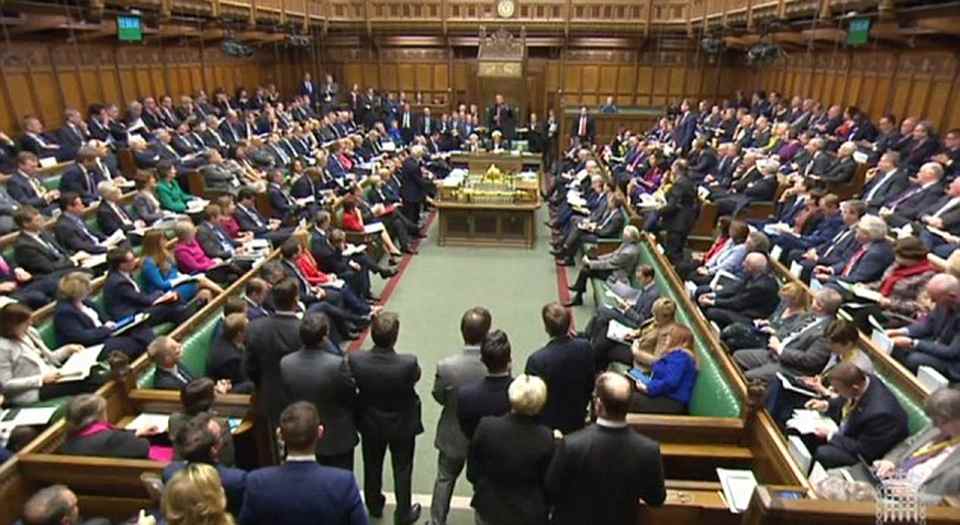 Suddenly, the EU and its British apologists love the phrase ‘take back control’. Having mercilessly mocked this cry when it was issued by Leave campaigners, having branded it the dim, racist holler of a throng too stupid to be entrusted with political decisions, now they’re embracing it. Why? Because last night the UK parliament voted by 309 to 305 in favour of Amendment 7 to the EU Withdrawal Bill, which will guarantee MPs a ‘meaningful vote’ on the final UK-EU Brexit deal. This is what taking back control looks like, Remainers now crow. Even Guy Verhofstadt, the EU parliament’s chief negotiator on Brexit and hero to the utterly unrepresentative but noisy and influential neo-reactionaries in Britain who want to overthrow Brexit, now uses it. ‘British parliament takes back control’, he tweeted last night. ‘A good day for democracy.’

This turnaround, this warming to the word ‘control’, is striking. And it tells us more about the ugly elitism of the Brexit-fearing lobby than it would like us to know. For who is parliament ‘taking back control’ from? When Mr Verhofstadt applauds the Commons for wresting control, who does he think it has wrested it away from? And then you realise it: he means the British people. He, and they, the others in the British and Euro political classes who view Brexit with dread and disgust, are delighted that one of the great questions of our age – who should govern and how should they govern? – has been taken out of the filthy hands and low-information minds of ordinary people, into which David Cameron foolishly placed it, and handed back to the measured political class. Who just happen to be pro-EU. In a startling illustration of the disconnect between the political class and the people, 75 per cent of MPs backed Remain while only 48 per cent of the public did.

So when we Leavers said ‘take back control’, we meant taking back democratic control from a distant, unaccountable oligarchy. And when they, elite Remainers, the pro-EU brigade, say ‘take back control’, they mean the political establishment taking back control from the pesky people; they mean an increasingly cut-off political class regaining control over profound political questions that we plebs apparently aren’t clever enough or good enough to decide upon. This, right here, is the divide between Leave and Remain, between Brexit and the EU, between the 17.4million-strong vote for greater popular sovereignty and the loud elitist fury that greeted that vote: the former is about entrusting politics to ordinary people, the latter about removing politics from ordinary people and keeping it firmly under the purview of those who know better than us – the educated, the technocratic, the EU-agreeable. The celebration of last night’s securing of a meaningful vote is dressed up in the language of parliamentary democracy, but in truth it is a dancing on the grave of people power and popular opinion.

The Remoaner joy over the meaningful vote captures brilliantly how ridiculous and elitist the pro-EU side has become. First, there’s their treatment of an incredibly tight vote in parliament as some kind of historic win for the institution of democracy. In their minds, 17.4million people voting to leave the EU – the largest number of Brits that has ever voted for anything – is a mistake, a cry of hatred, a crime, and definitely not ‘the will of the people’, but pro-meaningful-vote MPs beating anti-meaningful-vote MPs by a poxy four votes – 309 to 305 – is a ‘great day for democracy’. These people are hilarious. And secondly, there’s the small matter that these people have not the remotest interest in defending parliamentary sovereignty. If they had, they would not be fighting tooth and nail in defence of an institution – the EU – which is almost entirely devoted to weakening parliamentary sovereignty.

Let’s be clear about this: the EU supports parliamentary democracy like an electric chair supports your back. The EU has in the 25 years of its existence shown nothing but contempt for national parliaments and their political authority. In everything from its pushing aside of elected Greek prime ministers to its imposition of an unelected technocratic government in Italy, from its enforcement of public-spending cuts in Ireland above the heads of Irish MPs to its constant pressure on Eastern European politicians to rescind laws enacted by elected governments, the EU is defined by its hostility to the political independence and democratic integrity of the modern European nation. This is why it exists: as a means for the late 20th-century, early 21st-century political classes of Europe to avoid testy democratic engagement with their own publics in favour of having a Brussels machine make decisions and laws on ‘our behalf’.

The EU and its apologists are only cheering parliamentary democracy now to the extent that it might be wielded to undermine popular democracy; because they think it can be used to slow or scupper that decision made by the largest group of people in British democratic history. This is the level of cynicism they have reached: they increasingly see parliament, not as a true tribune of the people, but as a possible counter to the people, the sensible, cool restraint on the masses’ dangerous anti-EU passions. They are setting up parliament against the public, which is a very sinister thing to do.

This is the truth of the matter: being populated by so many MPs who do not seem to understand the importance of democracy, parliament has shown in recent years that it could not be trusted to defend its own power and sovereignty against the EU. Indeed, it continually conceded its historic authority to the Brussels bureaucracy, granting it more and more influence over British affairs. So it fell to ordinary people, to those who have managed to maintain a degree of moral and intellectual insulation against the prejudices and politics of the new technocratic elites, to defend parliamentary sovereignty on parliament’s behalf. And that is what we did with Brexit. We did what parliament itself seemed incapable or unwilling to do: we stood up for representative democracy against EU technocracy; we defended an ideal that the English fought a civil war over and which millions of Brits marched and fought for against an EU elite and a British parliament that had become cavalier about this ideal; we offered parliament the backbone, the authority, that it had lost. We saved parliament, we saved representative democracy. And what thanks do we get? None. Less than none, in fact. We now have parliamentarians who spy in the ‘meaningful vote’ a chance to slow or wound the people’s historic defence of parliament, of them. They do not deserve us.