The myth of Britain’s far right

Britain First is as insignificant as its racist and fascist predecessors. 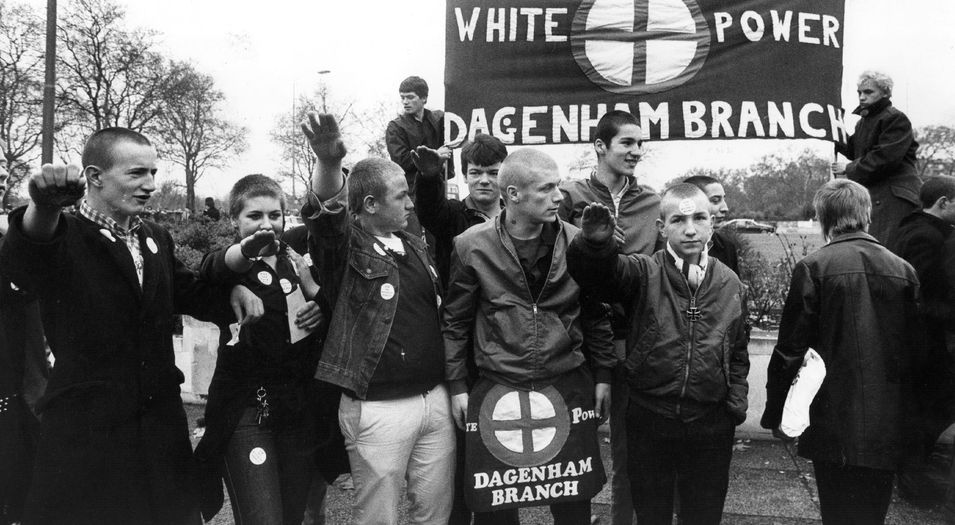 So, with a few retweeted anti-Muslim propaganda videos, US president Donald Trump did it again. He gave a bunch of irritants the oxygen of publicity. He gave them a platform. He gave them legitimacy. No, not the plums of Britain First, whose deputy leader, Jayda Fransen, originally posted the videos Trump retweeted, but those ever ready to tell us about the rise of fascism, those ready to warn us of the ‘the reach of far-right groups in the UK and Europe’, those ready to warn us that the spirit of Oswald Mosley’s Blackshirts is among us once more.

What’s odd about the dark mutterings of fascism’s rebirth is that in Britain there is simply not much to be reborn. The far right has remained, throughout its meagre British existence, a threat largely in imagination only, its overseas version treated with ‘derision and contempt’ according to Foreign Office minutes in the 1920s, and as no more than a public-order problem in the 1930s (they tended to provoke the left). Even when ex-Labour MP Oswald Mosley’s British Union of Fascists was literally on the march in the 1930s, the far right’s lack of traction was palpable. Such was its failure, that by the end of the 1930s, even Mosley himself was moved to complain that he was tired of ‘pouring money down the drain of British fascism’.

It is not an overstatement to say that the far right has never been able gain much of a foothold in British political culture. So while world war, fear of revolution and economic crisis in the interwar years were providing the social and political tumult in which fascism proper flourished in Europe, Britain’s political institutions, comprising in the main a mass Conservative Party, a highly reformist, social-democratic Labour Party, and a trade-union movement largely free of syndicalist elements, proved adept at preserving capitalism, rather than threatening its overthrow. This meant that, with no clear threat of revolution, no spectre of communism, there was little to frighten the ruling classes into the arms of fascism. There was certainly anti-Semitism in British society, especially among its upper echelons, not to mention a fear of the Reds. But as opposed to the open class-based conflicts on the continent, the predominance of a reformist Labour Party – ready, if push came to shove, to ally itself with the Liberals and Conservatives ‘in the national interest’, as happened with the national government of 1931 – left the negligible British fascist movement stuck on the outside of political culture looking in.

Again and again Britain’s far right has found history repeating itself, always in farce. In the late 1960s and 1970s, the National Front, which was itself an amalgamation of various residual fascist and racist grouplets hanging around in the aftermath of the Second World War, found itself persistently marginal, standing in elections… and losing its deposits in elections. Not because of the innate virtue of British politics, but because the ground on which it wanted to make its appeal – race and immigration – had been already largely cultivated by the British party-political mainstream. A Tory government introduced immigration controls in the early 1960s, and while Labour was initially pro-immigration, it too was soon making anti-immigration arguments. As Labour MP Roy Hattersley put it in 1965, ‘I believe unrestricted immigration can only produce additional problems, additional suffering and additional hardship unless some kind of limitation is imposed and continued’.

Moreover, it has never helped Britain’s tiny band of fascists and far-righters that British postwar nationalism has been dominated, ironically enough, by the so-called fight against fascism. Defeating the Nazis, indeed defeating the evil of fascism, has persisted as just about the only source of national pride for much of the past three-quarters of a century – ‘Why we have to cut off the head of fascism again and again’, ran a broadsheet headline earlier this year. So important has the Second World War been to a sense of being British, on both left and right, that in a 2005 YouGov poll, ‘defiance of the Nazis’ was voted second only to ‘free speech’ as a defining characteristic of Britishness. Given the peculiarly anti-fascist flavour to a British nationalism long shorn of any attachment to Empire, it’s hardly a surprise that Britain’s far right, mired in a Nazi-invoking past, has consistently found itself unpalatable to the British public.

The National Front’s successor and Britain First’s seedling party, the British National Party, did have a moment in the sun, or more accurately, a moment on BBC’s Question Time, in the mid-to-late 2000s. But even at its height in the 2009 European Parliament elections, when it amassed 943,598 votes (6.2 per cent of votes cast), there was no real sense that those voting for Nick Griffin and his henchmen really supported them because they supported his (admittedly watered-down) views on bloodlines. Rather, the BNP’s attraction was negative – it was not one of the three main parties; it was not part of the political establishment; it was not toeing the line of acceptable political discourse. Unsurprisingly, given its lack of real support, no sooner had it briefly flourished, then, almost overnight, it collapsed. By early 2012, the BNP had been obliterated as even a minor electoral irritation, and its side-parted caricature of a leader was on the verge of bankruptcy. Griffin was last heard talking earlier this year, with no little irony, of emigrating.

By comparison, Britain First, which was spawned by some disaffected BNP members in 2011 and named after an Oswald Mosley rallying cry, makes the BNP look like an electoral behemoth. Fransen, Trump’s newfound Twitter friend, stood in the 2014 Rochester and Strood by-election, and won a mighty 56 votes. Britain First leader Paul Golding tried his luck in the London mayoral election and picked up just 1.2 per cent of the vote. Its current membership is estimated to stand at around a thousand, and its public meetings, such as they are, would struggle to fill a curry house. Yes, it has 27,000 Twitter followers, but then @GrumpyCat, ‘The World’s Grumpiest Cat’, has over one million, and no one anticipates a downcast feline takeover anytime soon.

So why the constant trumping up of the threat of the far right despite its chronic insignificance? A decade ago, the fear of the BNP, this ‘evil, vile, fascist organisation’, as the Lib Dems’ former leader, Nick Clegg, called it, grew as the political elite’s estrangement from the public deepened. At the same time, bashing the phantasm of the BNP gave the political class some semblance of moral purpose, and a sense that its members were engaging with the public.

Today, the myth of the far right, indeed, the fear of the far right, continues to play on the political class’s fear of and estrangement from the public – fear and estrangement that has deepened in the aftermath of the Brexit vote. But it also allows the political elite to manage the explosive form that estrangement has now taken – to manage, that is, the very real threat to the status quo posed by the millions of people who forcefully rejected it last June. Because by saying, as one columnist does, that although ‘Britain First is tiny… some of [its] views are more mainstream than we feel comfortable acknowledging’, commentators both acknowledge that hitherto establishment views are no longer carrying the day, while reducing those anti-establishment views to something almost comically neo-fascist. By equating Britain First with an anti-establishment mainstream, it acknowledges the threat, while simultaneously disavowing it, morally undermining it, delegitimising it. It allows supporters of the status quo to believe the threat it is facing is old and discredited, rather than new and as yet uncredited. It says ‘we, the good, the right, the pro-EU, are still battling fascism after all. We’re still fighting the good fight, still waging the war of the righteous.’ The rise-of-the-far-right narrative is, at the same time, a way of downplaying the rise of a new constellation of forces opposed to the status quo.

Facing down the far right, it seems, remains what it has long been: an elite displacement exercise.