The apocalyptic barbarism of ISIS 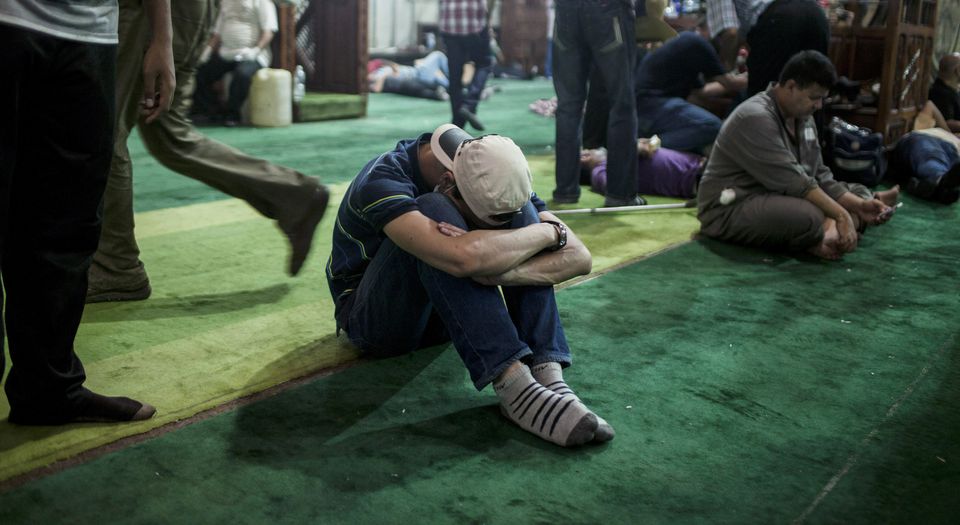 Even by the miserable standards of ISIS and its affiliates/hangers-on, last week’s attack on the al-Rawdah mosque in the northern Sinai region of Egypt was spectacularly callous. First, the 30-or-so masked attackers set off a bomb within the mosque, and then, as worshippers fled through the only exits the attackers hadn’t blocked off, they machine-gunned them down. As it stands, over 300 were killed, and a further 100 injured.

But it’s not the death toll that shocks the most, or even the attack’s brutal planning, right down to the assaults on the first-responding ambulances (just to increase and intensify the suffering). No, what strikes at one’s core is the want of a reason, the absence of even an attempt at a justification for the mass slaughter. This is not helped by the reluctance of the suspected group, Islamic State Sinai Province (formerly known as Ansar Beit al-Maqdis), to claim clear responsibility. But even if it did, it wouldn’t be able to give real meaning to the senselessness of the attack.

Perhaps it would talk, as commentators, brimful of speculation, already have done, of the Sufi version of Islam practised by the murdered people, a version ISIS’s Salafist devotees deem heretical, but which has long been part of the Islamic mainstream. And it would talk, too, of these people’s de facto complicity with the Egyptian state and security forces.

Or, perhaps, we could leave the explanation to the external observers, who might insert the attack into the history of the Sinai peninsula itself, from its rise, post-Israeli occupation, as a coastal destination for Europeans in the 1980s and 1990s, and in the north, a people-and-arms smuggling route between Israel and Gaza and mainland Egypt. We could leave it to those who look for an explanation in the struggles of the relatively impoverished, touristless northern part of Sinai. And there is insight to be gleaned here. Such attempts to explain certainly show how the conditions emerged in which an ISIS-style group could flourish. Which is what Ansar Beit al-Maqdis did after the fall of General Mubarak in 2011 and the ensuing power vacuum, the strengthening of the Israeli border, and, after the General al-Sisi’s coup d’etat against the Muslim Brotherhood’s short-lived rule, an armed crackdown in the north

Yet none of that really makes sense of the barbarism of this attack. Or indeed, the barbarism of shooting down a Russian airplane, killing over 200 holidaymakers, in 2015. Or the barbarism of the numerous attacks on Coptic Christians over the past few years, including, in a hint of what was to come last week, armed assaults on churches, in which scores of worshippers have been massacred.

And the reason why the barbarism tests one’s comprehension is that it refuses to make sense in the terms of terrorism or civil conflicts as we have understood their previous manifestations. The Sinai Province iteration of ISIS, like its brethren, doesn’t seem interested in trying to win the support of a local social constituency; it doesn’t seem to be trying to pursue some tangible, material objectives; and it doesn’t seem to express or channel any local interests, concerns or desires.

In fact, it seems entirely indifferent to the communities in which it intermittently explodes into nihilistic life. The people who live in Sinai, whether Sufis, Sunnis or Christians, are of no matter. They’re just background, a mere setting for Sinai Province’s terrorist spectaculars. This is why it’s significant that Sinai Province explicitly tries to recruit not local discontented people, but ‘immigrant foreign brother fighters’, as an ISIS press release puts it – those with no interest or involvement in the lives and struggles of those in Sinai.

And this tells us something about Sinai Province, and ISIS more generally: its vision is not local – it is global. And it is therefore not a political vision, informed by the needs and wants of a social constituency; it is an ethical vision, informed by a set of free-floating, global ends. This is why the violence defies any rational understanding, why it is so nonsensically excessive – because it is violence not in the service of a concrete objective, but violence in the name of an abstract vision, violence in the name of the Caliphate to come, violence that somehow embodies the disembodied values of ISIS. It is brutal and barbaric precisely because its purpose is symbolic. The material world in which it occurs does not matter, and those slaughtered are, in the most inhuman sense possible, immaterial. They are fodder – stage props for Sinai Province’s apocalyptic propaganda.

But Sinai Province’s fighters, no matter how much they turn to the ever-after, or aspire to live in the Manichean world of the purified versus the corrupt, are still stuck in this world. The result is a form of radical intolerance, a searching out and vlogged eradication of those who represent heresy, deviation, error. Hence the headline-generating attacks on Coptic Christian churches; the videoed, throat-hacking executions of ‘bad’ Muslims; and now the organised carnage of the al-Rawdah mosque massacre.

It used to be a cliche of official state discourse that there shall be no negotiations or compromise with those labelled terrorists. Yet in the case of ISIS, and its brutally tedious spin-offs, there really can’t be any compromises or negotiations or, more importantly, understanding. We have to muster a radical, moral intolerance of our own. ISIS is to be destroyed.