#MeToo is a menace to democratic politics

Now Washington is falling to this puritan panic. 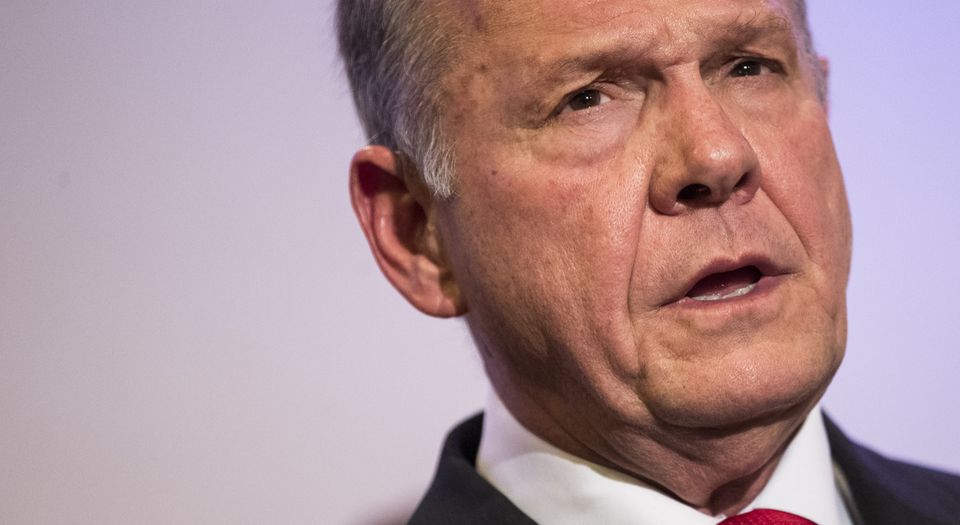 Claims of sexual misconduct against leading figures in American politics are piling up, as the #MeToo movement swoops into Washington.

The recent wave began with allegations against Roy Moore, the Republican candidate for the Senate from Alabama, who faces claims of sexual misconduct with teenage girls. Then last week, a radio-show host, Leann Tweeden, accused Al Franken, Democrat senator from Minnesota, of unwanted kissing, as well as taking a photo in which he appeared to grope a sleeping Tweeden (a photo that has since gone viral). Then the floodgates broke, and more claims of sexual misconduct in politics emerged:

• A second woman alleged Franken groped her, at the Minnesota state fair.

• Michigan Representative John Conyers, an 88-year-old civil rights icon and the longest-serving Democrat in Congress, faces allegations of sexual harassment, as he admitted he paid $27,000 in 2015 to a woman who claimed he fired her because she rejected his advances. More women are said to have received unwanted advances from Conyers.

• After pressure, the congressional Office of Compliance released documents showing it had paid out $17million since 1997 to settle workplace claims, including sexual harassment.

• Democrat representative Diana DeGette accused Bob Filner, a fellow Democrat, of groping her in an elevator.

And there is a palpable sense that this is just the beginning.

It was only a matter of time before the #MeToo groundswell would spread from Hollywood and the media to Washington. This outpouring of sex-related accusations is a broader cultural phenomenon, not limited to showbusiness or celebrities. It is a movement that seeks to expose high-profile, powerful men in all institutions, and US politics is full of high-profile, powerful men.

Many politicians and commentators have welcomed the new focus on the issue of sexual harassment on Capitol Hill. Democrat representative Jackie Speier said, ‘Many of us in Congress know what it’s like, because Congress has been a breeding ground for a hostile work environment for far too long’. Speier has described her own instances of being sexually harassed, and has been a leading voice in calling for an overhaul of how Congress handles complaints. Many politicians, including Speier, are supporting calls for ethics investigations into Franken, Conyers and others.

But the expansion of #MeToo to Washington has highlighted how this cause is really a sex-based crusade, a frenzy of puritanism, rather than a constructive movement that might help women. How do we know? Consider the irrational and illiberal ways that #MeToo is playing out in Washington. We have seen:

• The blurring of real (or close-to) criminal acts with awkward flirtation or passes. For example, the allegations against Moore (which include paedophilia) are more serious than those leveled at Franken, yet, in public discussion, both have been considered essentially the same.

• The disregard for context. Franken’s alleged improper moves were in a comedy skit, yet they are considered on a par with Conyers’ alleged acts while in Congress and as an employer.

• The dredging up of old history. There seems to be no statute of limitations when it comes to accusations. Franken’s skit-gone-wrong was in 2006, the allegations against Moore go back 40 years or so – and yet are just becoming public. Now other political figures from the past, with controversial sexual histories, like Bill Clinton and Clarence Thomas, are being re-evaluated.

• The demand that we believe the accusers, and not wait for substantiation of the evidence. Moore’s defenders – who have questioned why the accusers are speaking out now, and wondered if they might be motivated by the fact Moore is in an election contest – have been denounced, while Mitch McConnell, the Republican leader in the Senate, has been praised for saying: ‘I believe the women, yes.’

• Related to this, the calls for removals before any further evidence or investigation, and despite the accused often denying the allegations. Both Democrats and Republicans have called for Moore to drop out of the race, and for Franken to resign. Also, the punishment has no sense of proportion: a boorish come-on, which is what Franken’s move appeared to be, is enough to end a political career. (Maybe Franken, who has prominently supported the moves on campus to deny due process to accused male students, is rediscovering the value of that concept.)

• The demand that all accused must immediately apologise if they want to remain in public life. Franken, like many others who have been accused of sexual misconduct, right away said he was sorry, even if he couldn’t remember what he did. Despite such self-abasement, these forced, hostage-like apologies are no guarantee that the accused will be welcomed back.

Such a fevered, witch-hunt-like atmosphere has severe negative consequences in any social arena, but it is particularly problematic in political life. It is far too easy for such claims of sexual misconduct to be utilised for old-fashioned political advantage. Indeed, we are already seeing the weaponising of sex claims for political ends. See how Democrats have denounced Moore and hope to gain the Alabama Senate seat, while Republicans were giddy at the woes befalling the Democrat Franken. Of course, the biggest game yet to be caught is Trump himself. We all know how Democrats would like to see Trump impeached, hoping in particular that the allegations of collusion with Russia will stick. As the #MeToo reaction takes off, accusations that Trump abused women are being revived (the Washington Post published a detailed list of allegations this week).

At the same time, it is striking how the latest swirl of accusations have created strange political bedfellows. For example, Republicans have been joined by feminists and activists in calling for Franken to resign. Indeed, we cannot underestimate how conservatives’ conversion to the cause of #MeToo has consolidated a consensus on this issue. We all know how conservatives like to mock campus feminists, blaming them for much of what ails society today. And yet, here we have Republicans like McConnell professing ‘I believe the women’, sounding like a spokesperson for the women’s studies department. With the spread of #MeToo in Washington, it’s those on the right who are ensuring that the modern-day feminist narratives – all men are potential rapists, and all women are vulnerable damsels in distress – gain further acceptance in our discussions of the topic.

A political take-down by sex accusation is coming to be seen as a reasonable mode of political discourse. This is a degradation of what politics should mean. ‘The personal is political’, goes the old feminist slogan. With #MeToo, our political life threatens to be reduced to personal behaviour.

The potential to use sex claims for short-term gain is just too tempting for our politicians to pass on. They are blind to how destructive these actions can be for the entire political class. It’s like Republicans and Democrats are unconsciously stumbling towards Mutually Assured Destruction. Already, the political class is held in low regard, is not trusted by the public, and lacks legitimacy. Joining the #MeToo bandwagon will only make matters worse for them.

Jane Curtin, who worked with Franken on Saturday Night Live, said of the latest wave of accusations against Franken and others: ‘It’s just like the red menace. You don’t know who’s going to be next.’ Claims of a new McCarthyism are overused, but Curtin is right: this is getting out of control, and it is probably the closest similar experience of mass condemnation and expulsion we’ve had since the McCarthy era. But we must support the women speaking out against our powerful politicians, they say. What they really mean is, let’s rush to believe unsubstantiated allegations from years ago, however trivial, and begin a wholesale purge of politicians from public life.