Philip Hammond revealed the dire state of the economy – but offered little to fix it. 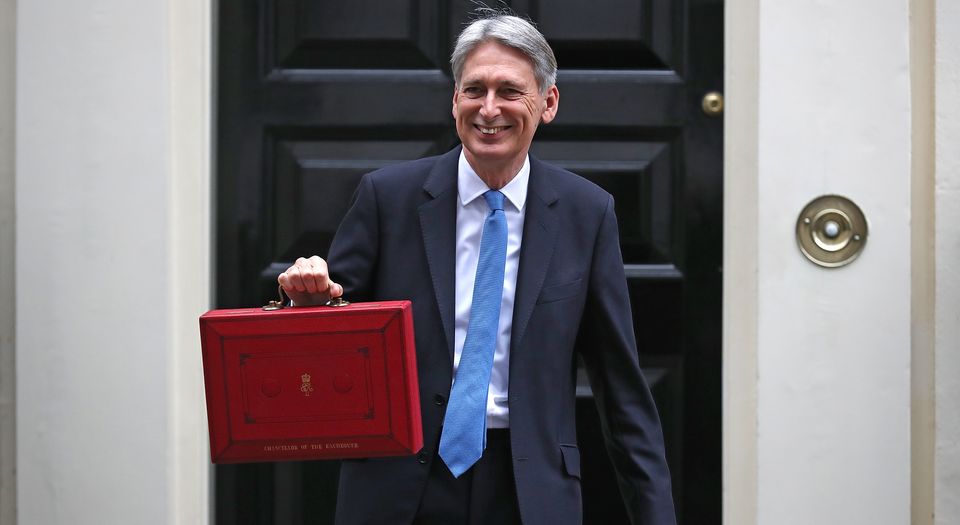 This week’s Budget speech by the chancellor of the exchequer, Philip Hammond, was rather more entertaining than one might expect from a man ironically called ‘Box Office Phil’.

There was an open goal of a joke about Jeremy Clarkson’s dislike of driverless cars – ‘Sorry Jeremy, this is definitely not the first time you’ve been snubbed by Hammond and May’ – and a gentle dig at Theresa May about bringing some cough sweets. Sadly, the content of the speech was predictably timid and politicised in all the wrong ways. It was a budget that will do little to solve the problems of the UK economy.

For example, a longstanding problem has been ever-rising house prices: good if you are downsizing, terrible if you’re trying to buy a house for the first time. While Hammond talked up the rising rate of new building (he said that over 217,000 net additional homes were added to the stock last year), he also admitted that this isn’t enough to stop the rise in prices. We need more houses to meet new demand from a rising population, to replace housing lost to disrepair and not to mention the decades-long shortfall in construction. Yet we won’t get the level of new home-building we need this decade, if at all. At least Hammond admitted the fundamental problem: ‘If we don’t increase supply of land for new homes, more money will inflate prices, and make matters worse.’

Then came the political puff. Given the heated debate about ‘generational inequality’, Hammond threw first-time buyers a bone, abolishing stamp duty on purchases of up to £300,000. This seems more likely to benefit home sellers than home buyers, who can simply tack the extra cash on to the price. We need a lot more homes, but there was little sign of the necessary ambition or policy changes required to build them.

In truth, most of this Budget speech was the usual combination of bean-counting, playing to a variety of constituencies and headline-grasping policy wheezes. A bit more money for training, a bit more cash for driverless cars, a bit more contingency money for a ‘no-deal’ Brexit. Tobacco taxes were up, but booze and fuel taxes were (mostly) frozen. Most embarrassingly, as a sop to younger voters, Hammond announced ‘a new railcard, for those aged 26-30, giving 4.5million more young people a third off their rail fares’. Whoop!

Hammond is an unloved chancellor in a weak government dominated by arguments about Brexit. This was always going to be a speech that was more concerned with not screwing up than political and economic ambition. More interesting are the figures announced by Hammond that confirm the underlying weakness of the UK economy. While unemployment is relatively low – around four per cent – wages are flatlining. Overall, household incomes are up. But thanks to the fact that incomes for retired people have risen relatively quickly, non-retired households are barely better off than before the 2008 crash. Hammond announced that economic growth is forecast to be lower than previously expected: for 2017, the forecast has been cut from two per cent to 1.5 per cent, with forecasts for subsequent years revised down, too.

The result is that the government Budget deficit – the difference between spending and taxation – will not be eliminated any time before the mid-2020s. Borrowing is forecast to fall in real terms in the subsequent five years from £39.5 billion in 2018-19 to £25.6 billion in 2022-23. Things are a bit better than many expected after the Brexit vote, but the economy is hardly in glowing health. Indeed, the UK has barely recovered from the crash after almost a decade.

The central problem is productivity – the amount a worker or firm can produce in a given amount of time. Because of low investment, the average worker produces little more than they did 10 years ago. The Office for Budget Responsibility, after years of over-optimistic forecasts for productivity growth, has finally revised down its forecasts for the next few years. Business investment is down while debt is rising. Too many unproductive firms are being kept alive by being able to borrow cheaply, while more efficient firms find it hard to justify new investment and innovation.

The UK economy can only really recover when the normal ‘counter crisis’ measures that follow a recession take effect. This will mean closing some firms, writing off capital and forcing the rest to become more efficient to survive. Instead of doing this, we are creating an enormous overhang of debt, leaving the government little room for manoeuvre when the next crisis comes.

Despite all the sound and fury since the referendum, Brexit is pretty much a sideshow in economic terms. The real problem of productivity and a lack of investment remain unresolved. Until the sickness at the heart of the economy is addressed, living standards will stagnate, at best, and we will face serious danger from another economic crisis in the future. Sadly, there is little sign that those with the power to influence matters are willing to face up to the seriousness of the situation.