Lily Madigan is not a woman

Having a 19-year-old boy as a women’s officer is ridiculous. 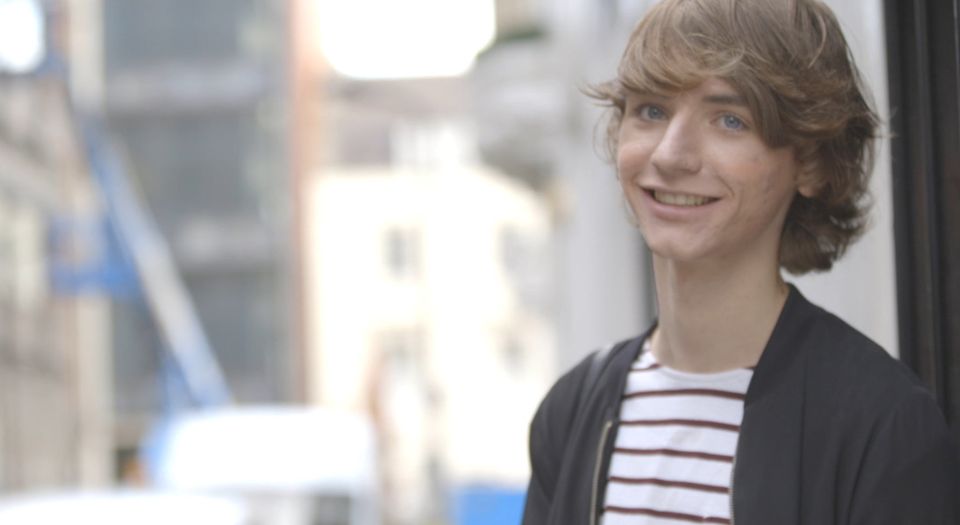 Lily Madigan, a transgender teenager formerly known as Liam, has been elected as the women’s officer for the Labour Party branch in Rochester and Strood in Kent.

Madigan’s election has caused a stir — something this teen is used to doing. At 18, he hired a solicitor and threatened to sue his mixed Catholic secondary school for not allowing him to use the girls’ changing rooms or dress according to the girls’ uniform code.

More recently, Madigan hit the headlines after arguing that Anne Ruzylo, a Labour Party women’s officer in a different constituency, should be sacked for being ‘transphobic’. Ruzylo, a lesbian, feminist and trade unionist, had criticised the sanctification of the trans movement. For this, she was labelled a ‘terf’ (trans exclusionary radical feminist) and was harassed by transgender activists online. Eventually, the executive committee of Ruzylo’s local Labour branch resigned in protest at her mistreatment.

So, here we have a trans teen who has previously been part of an effort to undermine a women’s officer’s career now being elected as a women’s officer. Understandably, some are angry about this. How can a teenager who has only recently declared himself to be a woman be eligible as a women’s officer? As Teresa Murray, vice-chairwoman of the executive committee of Rochester and Strood CLP, said: ‘Lily will have to work very hard to convince other people that her very presence there is not going to undermine them.’

The role of a women’s officer is important, feminists argue, because the lived experience a woman is something men cannot understand. Therefore, in order for women to feel politically represented, they must be represented by women. Now, some of us may disagree with this and think that it elevates the narrowness and divisiveness of identity politics over the idea of politics as a universal democratic pursuit. But it is what some people believe, and of course have a right to believe. And yet identity politics and the cult of diversity have now gone so far that women in politics are being pressured to accept a man as their ‘female representative’.

Criticising this state of affairs is a risky business. As Ruzylo’s case revealed, even the most right-on individuals can find themselves in hot water if they dare to question trans politics. Or consider what has happened to Dr Heather Brunskell Evans, an academic and a spokesperson for the Women’s Equality Party (WEP). After she gently raised concerns about intervention for trans kids on Radio 4’s Moral Maze last week, the WEP launched an investigation of her and her comments. The WEP said Evans had allegedly ‘promoted prejudice against the transgender community’. A feminist organisation turning against a woman for expressing her opinion — nice.

More and more feminists are being demonised or silenced by trans activists and their so-called allies for questioning the idea that a man becomes a woman simply by declaring it and growing his hair long or having some hormonal treatment. Germaine Greer, Jenni Murray, Julie Bindel — I rarely agree with these feminists, but the branding of them as bigoted, exclusionary or discriminatory simply because they criticise aspects of trans thinking is ridiculous.

I don’t care if I get called a transphobe: Lily Madigan is not a woman. At 19, he is barely even a man. Of course, Liam should be perfectly free to call himself Lily and wear whatever the hell he wants. Most polite people who come to know him will probably agree to refer to him by his new name and by female pronouns. But should society at large, and political and social institutions, have to do likewise, and even grant people like Madigan access to what have traditionally been women’s public roles?

The truth is, many trans activists and their supporters, which includes the vast majority of the establishment, from the Church of England to the Tories to the BBC, have little respect for women. If they did respect women, they would know it is wrong to silence their opinions in the transgender debate, or in any other debate. If Madigan really respected the role of women’s officer – the idea that women need people who have had similar life experiences to represent them, which I personally think is nonsense – then he would realise that he isn’t fit to serve in this position.

The new obsession with transgenderism is throwing up many difficult questions. What does it mean to be a woman? Is simply looking like a woman enough? And what about the rise in transgender feeling among young people? Are we comfortable with children fixating on their gender — with girls binding their breasts or boys taking drugs to prevent puberty? These are serious issues and they must be discussed openly, without fear of ostracism or demonisation. But that isn’t happening. Tragically, transgender politics has become a new dogma, promoted by almost every wing of the elite, and that is bad for young people, for women, and for freedom and critical thinking.