Brexit: reuniting politics with the people

The day we leave, the job of rebuilding British democracy will begin. 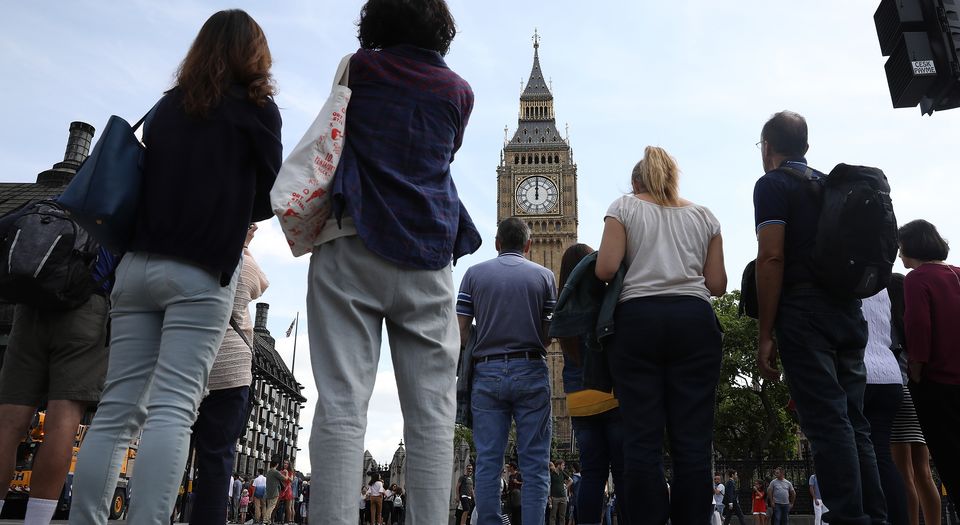 Can you remember the last time the minister for agriculture initiated a debate about agricultural policy in Britain? If so, you’re probably quite old, because since joining what was then the European Economic Community in 1973, a British debate on agriculture has been pointless. Agricultural policy has been made not in Westminster, but in Brussels.

Under the EU, agriculture has become an issue for technocrats and lobbyists. Technocrats are people who think within a given framework, without challenging it. This includes economists who fine-tune a policy, lawyers who fit it into a legal framework and administrators who oversee it. Lobbyists are the people who want to preserve a given framework while making it favourable to particular interests. With a policy such as the CAP, which is insulated from any meaningful oversight by ordinary people, technocrats and lobbyists can shape it without challenging it.

Forty-five years of agricultural policy, shaped by technocrats and lobbyists, has given Britain a subsidy system whereby, as the BBC reports, the Newmarket farm of Khalid Abdullah al Saud, billionaire owner of the legendary horse Frankel, receives subsidies of £400,000 a year, and where Lord Iveagh, who lives on the 22,000-acre Elveden Estate in Suffolk, has received over £900,000 of public money. Each year, agriculture in Britain receives £3 billion of direct public subsidy and a generous indirect public subsidy in the form of exemptions on rates, ‘red diesel’ and inheritance tax.

But is this right? Is this money well spent? More generally, is agricultural land, which accounts for 69 per cent of Britain’s land area, used appropriately? Could we produce more of the food we eat (40 per cent is currently imported)? Could productivity be increased? Could more be exported to markets outside the EU? Could more and cheaper food be imported from outside the EU? Could agricultural wages be increased? At present, none of these questions can be addressed.

The key point about democracy is that it requires its laws and policies to be determined by those whose authority comes from the demos. Democracy forces decisionmakers to explain and justify their policies publicly, because it is premised on the view that ordinary people are the best judges of policy. Democracy puts the people in control so that policymakers can draw on the electorate’s collective experience and wisdom. Democracy is not, as Winston Churchill once put it, the worst form of government except for all the others – it is the best form of government.

The European Union is premised on rejecting the democratic ideal. Section 2 of the act that gave effect to Britain’s membership of the EEC/EU, the European Communities Act 1972, made EU law supreme in Britain. This one provision severed the link between lawmakers and the people. As Tony Benn observed in a BBC Panorama debate on the eve of the referendum on Britain’s EEC membership in 1975, those campaigning to stay in the EEC were ‘asking the British people to destroy democracy’. Benn claimed that if ‘you cut the umbilical cord that links the lawmakers with the people, you destroy the stability of this country’.

Benn was right in 1975. And since then the EU’s policy reach has only widened and its significance has increased. In 1988, the then European Commission president, Jacques Delors, predicted that within 10 years 80 per cent of economic legislation and much fiscal and social legislation would originate from the EEC. Today, there are over 12,000 EU regulations in force as British law. There are 7,900 statutory instruments implementing EU law. Between 1980 and 2009, parliament passed 186 acts, which are still in force, that incorporate a degree of EU influence. As a member state of the EU, Britain cannot avoid compliance with any of this EU law. Moreover, there is a considerable amount of so-called EU ‘soft law’, which, as the European Parliament explains, works on the basis of ‘peer pressure and naming and shaming’ to ‘provoke member states into action when they would not have acted on these issues of their own accord’. These hard and soft laws determine and shape public policies by taking them out of the democratic arena.

What the EU has done to agriculture is only a symptom of what it has done to democratic decisionmaking across a swathe of policy issues. Fishing, trade and free movement are effectively controlled by EU law. But other issues, from pensions and healthcare to research and development to education and enterprise, are heavily determined by EU law, whether of the hard or soft variety.

The ongoing Brexit debate among MPs speaks to a fundamental difference of opinion over democracy. Leavers subscribe to the democratic ideal and see positive benefits from repatriating public policy from Brussels to Westminster. Remainers see it differently. They dislike the possibility of people having the power to determine all the laws and policies that affect them. They would rather that democracy was curtailed by officials whose authority does not come from the people. In fact, for elite Remainers, being detached from the people makes you more qualified to shape public policy. This explains their particular liking for social-science ‘experts’ and lawyers. Social-science ‘experts’ can promote their politicised views from behind a veneer of scientific objectivity. And lawyers can submit their politicised views by claiming to be merely advancing the rule of law.

Earlier this week, the House of Commons voted in favour of passing Clause 1 of the European Union (Withdrawal) Bill. It states, quite simply: ‘The European Communities Act 1972 is repealed on exit day.’ By enacting these 10 words, Britain will re-establish the link between its lawmakers and the people, and the project of rebuilding democracy can begin. When the clause was passed, I cheered. How could anyone who believes in democracy not cheer the repeal of a provision that retards democracy?

And yet, the ongoing Brexit process has illustrated the strength, if not the depth, of opposition to reinvigorating British democracy. While 320 MPs voted for the clause that will repeal the European Communities Act, 70 MPs voted against: SNP (35), Labour (19, with a majority abstaining), Liberal Democrat (10), Plaid Cymru (4), Green (1) and Independent (1). These are MPs who fear the judgement of the people. They want to see democracy fettered by officials and detached from the people.

When 17.4million people voted for Brexit they didn’t just vote to take back control, they voted for a new form of politics. They celebrate, rather than fear, the judgement of the people. They didn’t vote for a democracy fettered by officialdom. They voted for democracy.