Be honest: would you trust your 16-year-old self with suffrage? 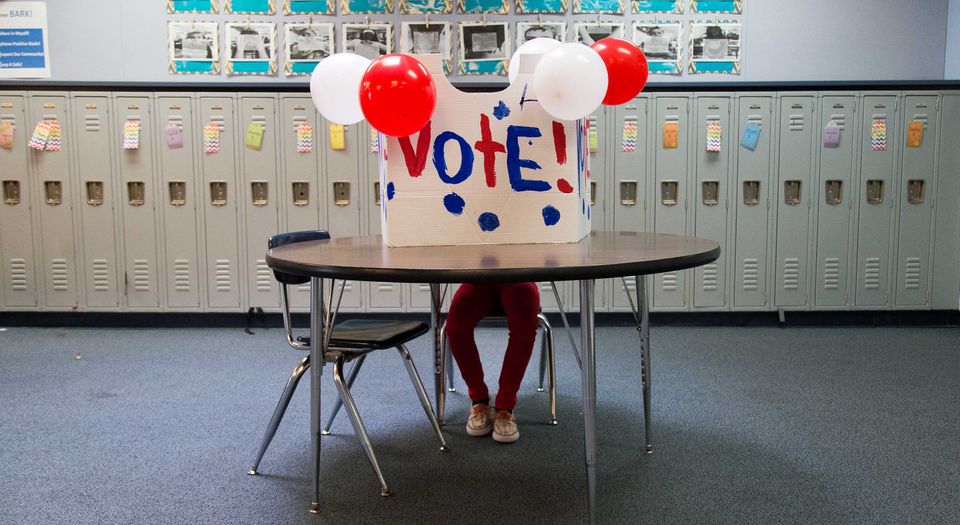 I have nothing against 16-year-olds. In fact, some of them are my best friends. Well, not quite. But the current campaign to extend suffrage to them deserves to fail, and not just because it is so obviously a cynical vote-grabbing ploy by the parties who stand to gain most from it.

At 16, I couldn’t be trusted with the kettle, let alone the future of my nation. Anyone who thinks today’s 16-year-olds are imbued with the deep reservoir of knowledge and life experience which qualify older voters to elect and remove governments plainly hasn’t met one.

These are the same 16-year-olds, let’s not forget, who are not permitted by law to drive, sit on juries, stand for the local council or parliament, own land or property, get married (in England and Wales) without parental or court consent, or purchase alcohol, fireworks or tobacco. And there are no campaigns designed to overturn these laws. Why? Because everyone knows that many 16-year-olds are still, in their minds, children, without the necessary degree of maturity to discharge such rights responsibly. In fact, were a campaign to be launched with the aim of suddenly conferring any of these rights on 16-year-olds, it would be immediately denounced as irresponsible.

And, no, 16-year-olds cannot be sent to fight for queen and country on the battlefield. It is a myth. They may join the armed forces, but cannot be selected for combat until they reach 18.

In the case of purchasing tobacco, politicians in all four legislatures of the UK saw fit in the last decade to raise the minimum age from 16 to 18, so untrusting were they of the little mites.

Some argue that 16-year-olds are eligible to pay tax and must therefore be given the vote. ‘No taxation without representation’, as the old slogan goes. But kids under 16 are also technically liable for tax (and a small number may even pay it, such as through modelling or theatre or TV work). Must the franchise be extended to them, too? In fact, what arguments would those who support votes at 16 employ against a campaign for votes at, say, 15, 14 or 12 without sounding inconsistent? I can’t think of a single one.

In October 2016, MPs on the Justice Select Committee called for criminals under 25 to be kept out of adult prisons because of ‘irrefutable evidence’ that their brains were not fully formed. A year later, and some of these same MPs could be heard supporting the Votes at 16 bill in parliament. They are not unlike the liberal types who support votes at 16 while simultaneously arguing for Safe Spaces for university students on the grounds that young ears are far too precious to be exposed to alternative views.

In truth, those campaigning to extend the vote to 16-year-olds are doing so out of self-interest. And they know it. Having failed to persuade enough grown-ups to swing behind them, they are pitching to the kids. These are the same people in many cases who were full-throated supporters of the Remain campaign in the EU referendum and are now fighting tooth and nail to subvert the outcome of that vote. See, Leave votes don’t count, because they were cast by old people – the bigots – who set the country on the path to destruction. Leavers ‘stole the futures of the young’. So what better way to exploit the grievance of young people than to throw your arms around them and give them a misplaced sense of their own importance? ‘There, young master, I’ve won you the vote. Now, who are you going to cast it for?’ As if they didn’t already know the answer.

Call me old-fashioned, but I’m troubled by the idea that a 16-year-old might leave school one afternoon after serving detention for back-chatting the teacher and head straight to the polling booth to choose the next government.

The Votes at 16 campaign is another manifestation of politicians’ obsession with ‘yoof’, in this case the pernicious idea that the views of young people are inherently more insightful and valuable than those of older generations. Never mind that most 16-year-olds know nothing of real life, of the experiences of going out to work, raising a family, paying a mortgage, being made redundant or fighting for a school place for your kid or hospital bed for your old mum or dad. Those desperate to bag the votes of 16-year-olds are willing to risk the credibility of representative democracy in the hope of reaping the electoral rewards for years to come. They should be careful what they wish for. In the end, the infantilisation of our politics will benefit nobody.

Paul Embery is an executive council member of the Fire Brigades Union and national organiser of Trade Unionists Against the EU. Follow him on Twitter: @PaulEmbery