Why John Kelly is wrong about the Civil War

The war was over freedom, and it was necessary. 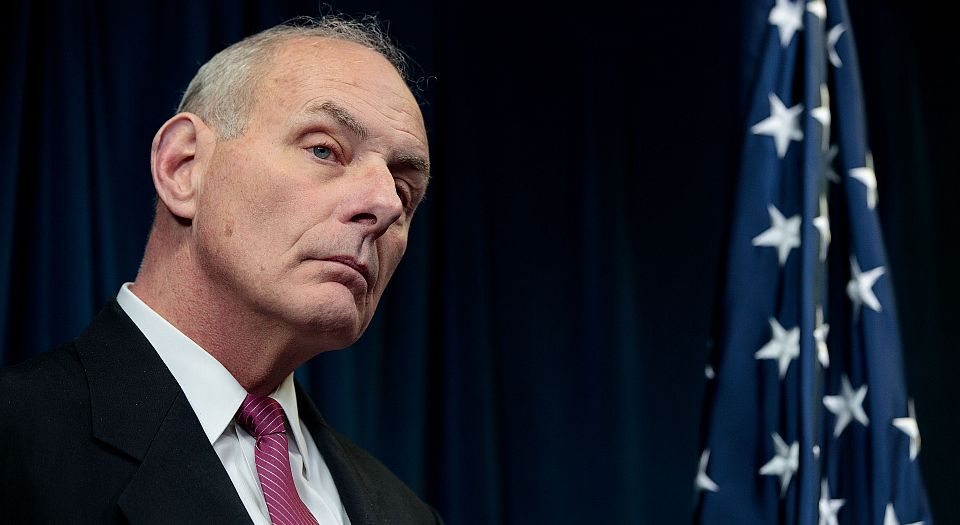 The Civil War is the most contested event in the history of the US. Which isn’t surprising: civil wars always pose a problem for a nation’s historical memory, especially if the losing side and their descendants are taken back into the national fold. So 150 years since the Confederacy was defeated, America’s bloodiest battle still provokes political controversy.

There have been many Civil War controversies this year. The latest involved John Kelly, the White House chief of staff. He said in an interview that the Civil War resulted from a lack of compromise. He was attempting to defend Robert E Lee, a Confederate commander, claiming he and others acted in ‘good faith’ and ‘made their stand where their conscience had them make their stand’.

Defending Kelly’s comments, White House press secretary Sarah Huckabee Sanders said: ‘There’s a pretty strong consensus from people from the left, the right, the North, and the South [who] believe that if some of the individuals engaged had been willing to come to some compromises on different things, then it may not have occurred.’

The Civil War is now firmly part of America’s neverending culture wars – so, unsurprisingly, Kelly’s comments sparked outrage. Jill Filipovic, in an opinion piece for CNN, said Kelly was engaged in ‘terrifying revisionism’. In truth, Sanders has a point: the idea of the Civil War as a failure of compromise, as an avoidable conflict, is not new.

As the journalist and historian Michael Goldfarb put it, for people of his, and Kelly’s, age, the Civil War was taught as a tragic failure of compromise. Ta-Nehisi Coates, in a short blog at the Atlantic, echoed this view: ‘General Kelly’s remarks, which were greeted with mass howls of protests, reflected the way much of this country’s stupid-ass intellectual class once understood the Civil War.’ Coates is correct here.

The compromise thesis has a long history. In the early 20th century, many progressive historians denied that there were fundamental differences between the North and South, and argued that the war was a mistake. Historians such as James G Randall and Avery Craven described the war as ‘needless’, the result of a ‘blundering generation’ and ‘irresponsible leadership’. Randall said it is an error to think that ‘fundamental motives produce war’.

So Kelly’s supporters are right to say that many have viewed the war as an issue of compromise. But they are wrong if they actually view the war this way themselves. To cast the Civil War as a blunder, a violent episode following a failure to iron out apparently fairly small differences, is to deny the deep moral and ideological conflict at the heart of the war. Randall’s denial of ‘fundamental motives’ in the war is utterly wrong.

In his 1953 book, The Genius of American Politics, Daniel Boorstin pushed the idea that there was not a huge moral and ideological chasm between the North and the South. In a chapter titled ‘The Civil War and the Spirit of Compromise’, he dismissed the war as ‘unproductive of political theory’. To quote the author Steven F Hayward, in Boorstin’s view the war ‘had little significance for American political thought – because there was no fundamental difference in principles between North and South’.

Richard Hofstadter has similar ideas. He once said: ‘I can best put my own dissent by suggesting a cartoon: a Reb and a Yak meet in 1865 to survey the physical and moral devastation of the war. “Well”, says one to the other consolingly, “at least we escaped the ultimate folly of producing political theorists”.’

Most historians have now rejected the compromise thesis, no longer viewing the Civil War as some sort of avoidable tragedy. Yet such outdated historiography is still clung to, and not only by the likes of Kelly and Sanders: many on the left now take a view of Lincoln and the war that implies it was sparked by a failure of compromise.

It is becoming increasingly fashionable to argue that Lincoln was a racist, or that the abolition of slavery was little more than cynical play by Lincoln. Some say the end of slavery was an unintended outcome of the war. All of this leads to the conclusion that both sides had no ‘fundamental motives’. If the leaders of the North never really cared about abolishing slavery, and were indifferent to the holding of their fellow human beings in bondage, what was the Civil War about? Not much, it would appear.

But the reason it’s wrong to see the war as a failure of compromise is because the matter at hand, the substance of the war, was something that could not be compromised on. The war exploded because the profoundly contradictory and uneasy existence of both slavery and freedom had reached breaking point.

The US Constitution and various legal rulings had attempted to reconcile the contradiction of a regime birthed in liberty which tolerated a barbaric and retrograde institution like slavery. Various compromises were attempted. Yet by the 1860s, they were exhausted. Freedom and slavery had existed in tension for decades, and now they were coming to a head. No fundamental motives? These were as high as the stakes can get in a war: freedom vs enslavement.

Pre-1830, in the eyes of many slaveholders, including Thomas Jefferson, slavery was a regrettable sin, an evil which unfortunately existed but could not be easily done away with. In the 1830s, the argument started to change. Southerners started to argue that slavery was a positive thing, something to be upheld and even expanded. Some Southerners spuriously sought to cast slavery as preferable to the industrial capitalism of the North. They even co-opted European socialist thought to criticise the Northern economy and claim the Southern slave society was a quasi-socialist alternative. This change in attitude, plus the centrality of slavery to the Southern economy and society, precluded any further, gradual, state-by-state abolition, as had happened in the North; and so the North and South collided.

To many in the North, notably Lincoln, slavery threatened the existence of republican government and self-government. Its continued existence was bad for the union, and its expansion would be the death of the union, they believed. This was the deep ideological chasm. In refusing to see this chasm, the ‘compromise’ theorists and the anti-Civil War left treat the war as little more than a sectional squabble. But it was so much more than that. It was motored by fundamental motives and it was necessary. As the historian Eric Foner once noted, ‘If someone can show a plausible route to getting rid of slavery without the Civil War, I will say “OK, [the war] is tragic.” But there is no such route.’