Yes, Mr Tusk, the EU must be ‘defeated’

This union of political elites is the enemy of democracy and freedom in Europe. 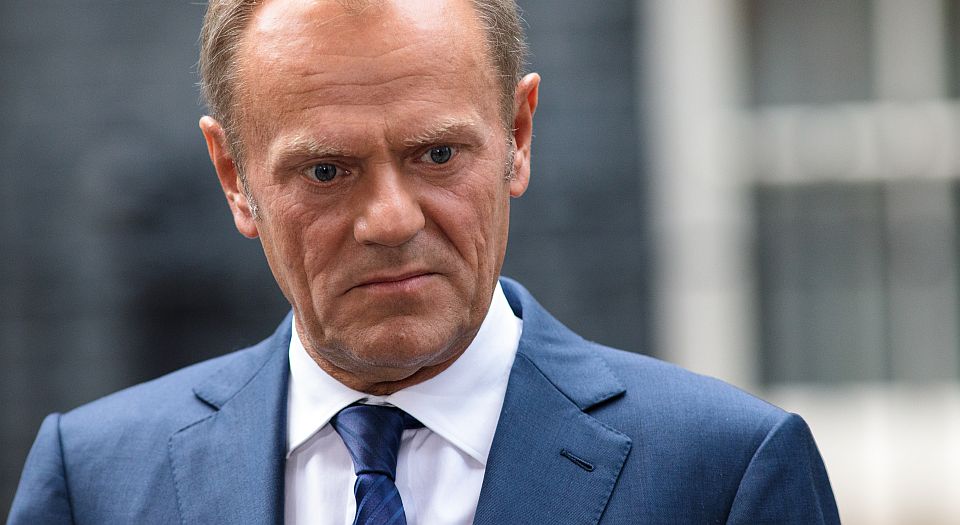 Amid the millions of words of obfuscation and bull being spouted about Brexit, we witnessed a rare moment of truth this week. European Council president Donald Tusk let the cat out of the Brussels bag when he warned the European Parliament that the EU will be ‘defeated’ in the Brexit talks unless it maintains absolute unity behind its leaders’ tough stance.

The top Eurocrat told MEPs that Brexit is the European Union’s ‘toughest stress test’, and so ‘We must keep our unity regardless of the direction of the talks. If we fail, then the negotiations will end in our defeat.’

What’s that? Defeat for one side and, by implication, victory for the other? Whatever happened to the PR notion of the Brexit negotiations being a diplomatic chat between old allies, to work out amicable arrangements for future friendly relations?

Tusk’s loose talk about the dangers of ‘defeat’ has killed that lie. It confirms that the EU sees the battle over Brexit as a fight to the finish. Diplomacy is simply war by other means.

This war is not between the EU and the UK government or Westminster. They are essentially on the same side, as revealed by Tory prime minister Theresa May’s leaked private plea to EU leaders to agree a deal that can get her off the hook at home.

No, the war is between the EU as the club of Europe’s rulers on one side, and the revolting peoples of European nations on the other. From the Brexit referendum to the results of elections in Germany, Austria or the Czech Republic, every test of European public opinion today is another sign of a ‘populist’ – aka democratic – uprising against the EU elites.

That’s why the EU feels it cannot afford to give significant ground in the battle over Brexit. It fears any concessions to the UK will only encourage others to demand the same freedom. Former Greek finance minister Yanis Varoufakis, who has bitter experience of being on the wrong end of EU ‘negotiations’, spelt it out last month. ‘The EU does not want to negotiate with Britain’, he told the UK. ‘The greatest nightmare for Brussels, but also Angela Merkel and Emmanuel Macron, is a mutually advantageous agreement with Britain. This will be interpreted, in their mind, by the rest of the riff-raff of Europe – the Greeks, the Spaniards, the Portuguese – as a sign you can confront the EU’s deep establishment and get a decent deal out of it.’

That is also why we should be seeking the defeat of the EU elites over Brexit, as a victory for UK voters and ‘the rest of the riff-raff of Europe’. Let’s be clear that, in this war, the EU is the army of anti-democracy.

The EU’s aim was never to ‘represent’ the peoples of Europe, but to constrain popular sovereignty and democracy. The European Union is not Europe. It is the anti-democratic union of Europe’s political elites.

The signals were clear as far back as 1951, when the leaders of the six founding nations – West Germany, France, Italy, the Netherlands, Belgium and Luxembourg – signed the famous Europe Declaration on economic cooperation, which set in motion the creation of the European Community and then the EU. It stated that the signatories ‘give proof of their determination to create the first supranational institution and that thus they are laying the true foundation of an organised Europe’.

The prefix ‘supra’, from the Latin, means above, over or beyond. The dream was that the ‘supranational’ institutions of the embryonic EU would operate over and above national politics, and beyond the reach of the citizens of any nation state. The aim was to create a new ‘organised Europe’ managed not in the public realm of democratic politics, but in the closed world of top-level Euro-bureaucracy and diplomacy.

More recently, the clear intention of the European political elites has been to go far beyond sensible economic cooperation, to create a supranational form of unity above and beyond the reach of national parliaments. This was never, however, a case of an alien Brussels empire somehow conquering the major nations of Europe with only an army of paper-pushers. National political elites willingly signed up to the process of political unification, to give themselves more protection from political scrutiny and democratic accountability at home. As the Brussels correspondent Bruno Waterfield puts it, ‘The EU has evolved, not as a federal superstate that crushes nations underfoot, but as an expanding set of structures and practices that have allowed Europe’s political elites to conduct increasing areas of policy without reference to the public’.

Writing about the EU some 20 years ago, leading Spanish jurist Miguel Herrero de Minon observed that ‘the lack of “demos”’ – the people – in the political processes of the EU is ‘the main reason for the lack of democracy. And the democratic system without “demos” is just “cratos” – power.’ In the 20 years since then, the EU has gone further still in elevating the power of bureaucracy and technocracy over any sign of national sovereignty and popular democracy – most starkly by replacing elected governments with appointed technocrats to impose austerity in Greece, Italy and Ireland. It now wants to defeat the democratic Brexit revolt by imposing a deal that represents a form of neocolonial rule, whereby the UK leaves the jurisdiction of Euro courts and commissions in name, but remains under their sway in practice.

Many Remainers might concede that the EU is insufficiently democratic, with power invested in the unelected, unaccountable commission and bureaucracy behind the window dressing of the European Parliament (which, unlike real parliaments, can neither elect a government nor propose legislation). Their response is that we should try to change the EU – to ‘Remain and Reform’, as left-wing Labour leader Jeremy Corbyn has it.

Yet as the left-wing British historian Eric Hobsbawm observed, reviewing the EU at the end of the 20th century, it is ‘misleading to speak of the “democratic deficit” of the European Union. The EU was explicitly constructed on a non-democratic (ie non-electoral) basis, and few would seriously argue that it would have got where it is otherwise.’

Once we appreciate the inherently anti-democratic character of the European Union and its institutions, why bother trying to reform it? It becomes possible to see that as a lost cause before such a futile campaign even begins. To suggest that we could reform the EU in a progressive, democratic way today is on a par with those who suggested it was possible to reform England’s absolute monarchy, to make it less autocratic and meet the needs of the people, right until the morning of the execution of King Charles I in 1649; or those who proposed a reformed, more consensual form of British colonial rule just as the US Declaration of Independence was being signed in 1776.

There are moments in history where the only hope for freedom lies with beheading the tyrant, or kicking out the oppressors. Or leaving, defeating, and hopefully helping to break up, the democracy-eating monster that is the modern EU.

In his speech to the European Parliament this week, Donald Tusk – the unelected, unaccountable ‘president’ of Europe – concluded that ‘It is in fact up to London how this will end: with a good deal, no deal or no Brexit. But in each of these scenarios we will protect our common interest only by being together.’

Those of us fighting for greater freedom in Europe have also got to stand together – for Brexit, for no deal at the expense of democracy or sovereignty, and for the defeat of the EU elites on every front.

Mick will be speaking at the session, ‘What is… democracy?’, at the Battle of Ideas festival in London on Sunday 29 October. Get tickets here.