Ill-judged dressing-room banter shouldn’t be a matter for lawyers. 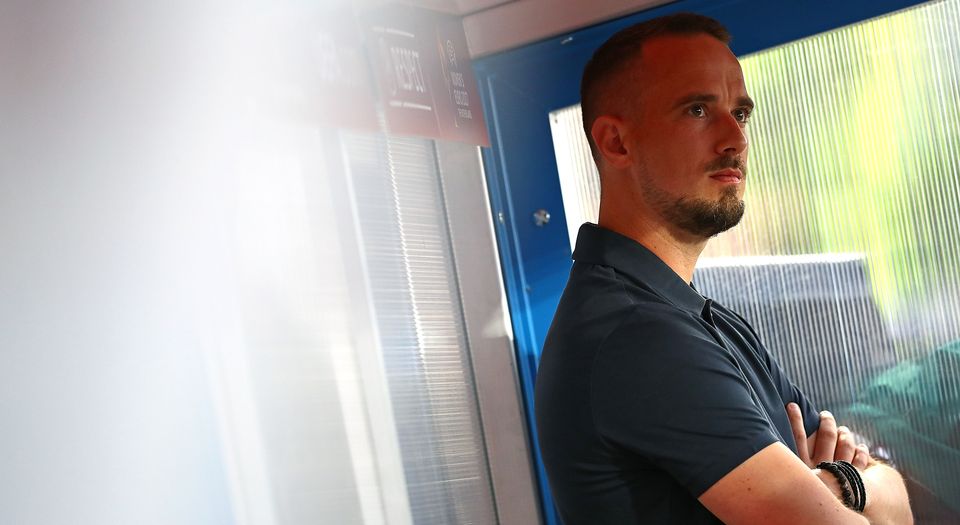 Judging by the brutal shoeing of the FA top brass at last week’s parliamentary hearing, you’d be forgiven for believing that football was a hotbed of white supremacy, and that Eni Aluko was a latter day Rosa Parks. Which is of course fanciful hogwash of the highest order. Far from highlighting football’s supposedly endemic racism, the Aluko affair is more a reflection of the sorry state of anti-racism today, which has long since ceased to be a struggle for equal treatment and has instead degenerated into a malignant strain of language policing.

The FA chief executive, Martin Glenn, and its chairman, Greg Clarke, didn’t exactly cover themselves with glory with their arrogant and hamfisted performance at the Department of Culture Media and Sport Select Committee. When you’re being publicly grilled by a committee of MPs, it’s definitely not advisable to dismissively refer to the ‘fluff of institutional racism’. The FA’s attempt to pay Aluko hush money to the tune of £80,000 has merely reinforced the perception that the organisation has something to hide.

So, I have little sympathy for the bungling FA bigwigs. They have now been forced to issue an apology to Aluko and admit that, having twice been cleared by internal FA investigations, former England coach Mark Sampson had in fact made ‘racially discriminatory’ remarks. What I do take issue with, however, is the notion, fuelled by the frothing media reaction, that Aluko’s bravery and tenacity has uncovered a culture of racism and bullying in the women’s national team – that, as a New Statesman contributor put it, ‘Every aspect of this tawdry affair has dripped with racism, whether casual, dogwhistle, vindictive or institutional’.

Wow, some rap sheet. The only snag is that the facts, as we understand them, tell a different story. In 2014, Sampson jokily told Enuko that her visiting relatives from Nigeria should not ‘bring ebola with them’. In 2015, he cringingly asked her mixed-race England teammate, Drew Spence, how many times she’d been arrested. Katharine Newton, the barrister employed by the FA to investigate Sampson’s behaviour, described his comments as ‘ill-judged attempts at humour’. In other words, a tumbleweed moment. More David Brent than David Duke. Newton observed that Sampson ‘appears to have difficulty judging appropriate boundaries when engaging in “banter” with players’.

Although Newton found that the England coach’s clumsy jokes were ‘discriminatory on grounds of race’, she expressly concluded that ‘Sampson is not a racist’. She also found that he had not ‘held a longstanding negative bias against Aluko based on negative racial stereotypes’, nor had he bullied or singled her out unfairly. And therein lies the rub. Mark Sampson did not drop Aluko from the England team because of the colour of her skin. This wasn’t unequal treatment as Martin Luther King or Rosa Parks might have recognised it. His only crime was to indulge in crap banter.

In today’s stifling ‘you can’t say that’ culture, public figures can have their careers shredded if they use inappropriate racial language. There need not be any racist intent or hatred. Racism, as Lord Macpherson ruled, in his report into the murder of black teenager Stephen Lawrence, can be ‘unwitting’. We can be racist even though we don’t realise it. No matter that the vile racist terrace chants and monkey grunts are a thing of the past or that black players are no longer pelted with banana skins. No matter that football is arguably the most colour-blind of professions, one where black players are hugely over-represented. The racial inquisitors, like highly trained truffle pigs, can sniff out unwitting racism, whether in football’s boardrooms or in the industrial banter of the dressing room.

The problem with the prohibition of racial banter is not just that it’s disproportionate, as we saw with the absurd over-reaction to Roy Hodgson’s ill-judged ‘space monkey’ comments. No, the more pernicious consequence is that it juridifies what once was an informal sphere of interpersonal relationships. If Mark Sampson’s crass jokes had inadvertently offended Eni Aluko, the best way to deal with this would have been informally. No need to lawyer up. Have a quiet word. Tell him he’d overstepped the mark. A private apology, not a quasi-judicial investigation, would have been proportionate. When inappropriate language becomes a disciplinary matter, the scope for resolving problems informally is reduced. Social divisions become entrenched, disagreements become adversarial, and, ultimately, trust between teammates is eroded.

Banter trades on stereotypes, whether racial, sexual, religious or regional. In another context it might appear cruel, but, in the dressing room, the teasing and insult-trading is never meant seriously. The boundaries are necessarily blurry. They’re not defined in law – or at least they shouldn’t be. When we subject the locker room to the suffocating strictures of contemporary racial etiquette, we undermine people’s ability to resolve problems themselves. And that is far more damaging to the cause of racial integration than any number of Mark Sampson’s cloddish racial quips.

Duleep will be speaking at the session, ‘Who is football for: fans or big business?’, at the Battle of Ideas festival in London on Sunday 29 October. Get tickets here.