‘The best that has been thought and said’ 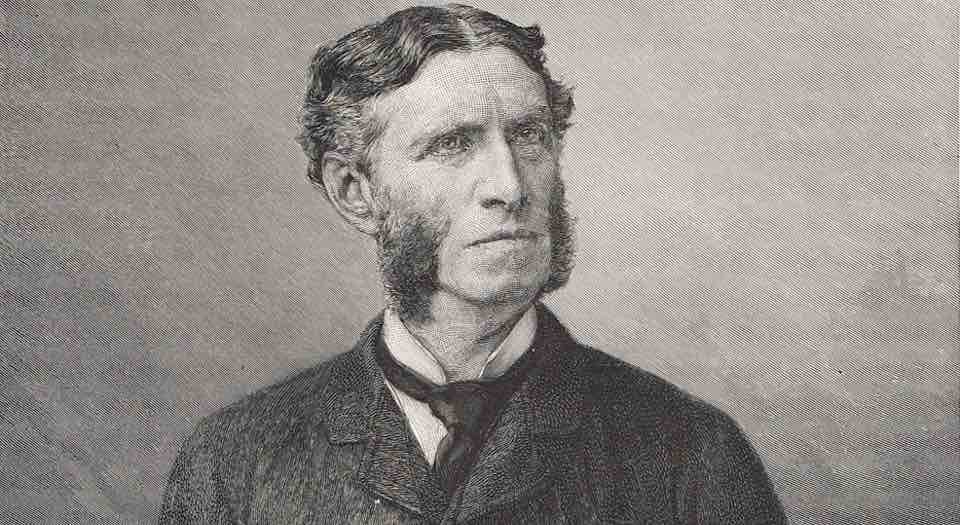 It’s been 150 years since the English poet and cultural critic Matthew Arnold wrote on the need to teach children ‘the best that has been thought and said’. This, he went on, would ensure that a culture of ‘sweetness and light’ could be both maintained and renewed. These arguments formed the basis for his famous 1869 book, Culture and Anarchy, which was first published as a series of essays between 1867 and 1868 in Cornhill Magazine.

At the time, Arnold was a school inspector who worked tirelessly at trying to improve both the content and methods of teaching English in elementary schools. He was more interested in moral rather than literary worth. But he rightly railed against teaching Latin classical texts and morally worthy English texts via deadening drills and mechanical learning. He said it reduced the humanising power of both. Ironically, some of today’s ‘progressive’ educators – some of whom dismiss Arnold as the archetypal dead white male – might find more points of contact with him than they think.

The contemporary caricature of Arnold as a fusty cultural conservative, who saw the canon as an unchanging tablet of stone, is way off the mark. He was committed to rescuing a culture which he regarded as being endangered through the mechanisation of the spirit – a consequence of both industrialisation and the elevation of scientific principles as the main intellectual grounding for education. He also regarded cultural gatekeepers who were no longer willing to make cultural judgements as the true barbarians. In this, he formed part of a longer social critique of modern industrial society, along with Thomas Carlyle before him, and, to a lesser extent, FR Leavis after him.

Arnold’s dispute with the biologist TH Huxley gives an interesting insight into Arnold’s point of view. In 1880, the establishment of the Mason Science College in Birmingham was welcomed by Huxley who, in his address at its opening, claimed: ‘We may take it for granted then, that, in the opinion of those best qualified to judge, the diffusion of thorough scientific education is an absolutely essential condition of industrial progress.’ Huxley’s address wasn’t just a celebration of the college – it was also a salvo in an ongoing intellectual battle between those who thought science provided a better basis for education and those, like Arnold, who did not (1). While he admitted there was a place for science in the curriculum, Arnold rejected Huxley’s claim that knowledge of the physical sciences alone was necessary for the nation to advance its culture. The three prohibitive rules of Mason Science College were: no party politics, no theology and no provision for literary instruction and education. The last rule, in particular, was strongly contested by Arnold.

He agreed that advances in science proved that some of the beliefs drawn from ancient texts were factually wrong. He conceded that the results of science should be part of a nation’s culture, like literature, and that this knowledge should have a place in education. But to base education on the methods of science alone would be to ignore, he argued, that part of human nature which desires to integrate what we learn and know with our sense of beauty, conduct, social life and manners. Arnold argued that the worth of studying classical literature lay not only in its standards of formal literary excellence, nor in the fact that such study entailed knowledge of more than literature alone, but in its ethical implications.

Arnold argued that scientific advances clarified the need for ‘human letters’. A similar point was made by John Stuart Mill, who wrote: ‘It is easier to acquire facts, than to judge what they prove, and how, through the facts we know, to get to those we wish to know.’ Huxley agreed that culture needed more than technical skills, but argued that values must be derived from scientific knowledge. The key difference for Arnold was that he felt the ‘theoretic standard’ had to be derived from a study of classics and the humanities, and all their integrative epistemological features. For Arnold, criticism in cultural matters involved a different order of thinking. It meant being able to understand and explain why ‘can you not wait upon the lunatic?’ is a bad paraphrase of Macbeth’s line ‘cans’t thou not minister to a mind diseased?’.

Matthew Arnold remains inspiring in his defence of judgement and commitment to a notion of truth that runs deeper than what can be proved by scientific evidence. He is a thinker worth revisiting in light of contemporary problems in our culture and education system. For decades a discourse of moral relativism has made judgement a dirty word, and those who openly stated their judgements, like Arnold, are swiftly passed over. If the anniversary of Arnold’s work is muted, it will not be for his lack of relevance; it will be because our contemporary culture is ill-at-ease with judgement itself.

Alka Sehgal Cuthbert is a member of the Institute of Ideas Education Forum.

Alka is speaking at the session, ‘Culture and Anarchy, 150 years on: teaching the best that is known and thought?’, at the Battle of Ideas festival in London on Saturday 28 October. Get tickets here.

(1) The School of Freedom: A Liberal Education Reader from Plato to the Present Day, by Anthony O’Hear and Marc Sidwell, 2009.

Picture by: Wikimedia Commons, published under a creative commons license.