Czech election: another blow to the EU

Euroscepticism is on the rise across Europe. 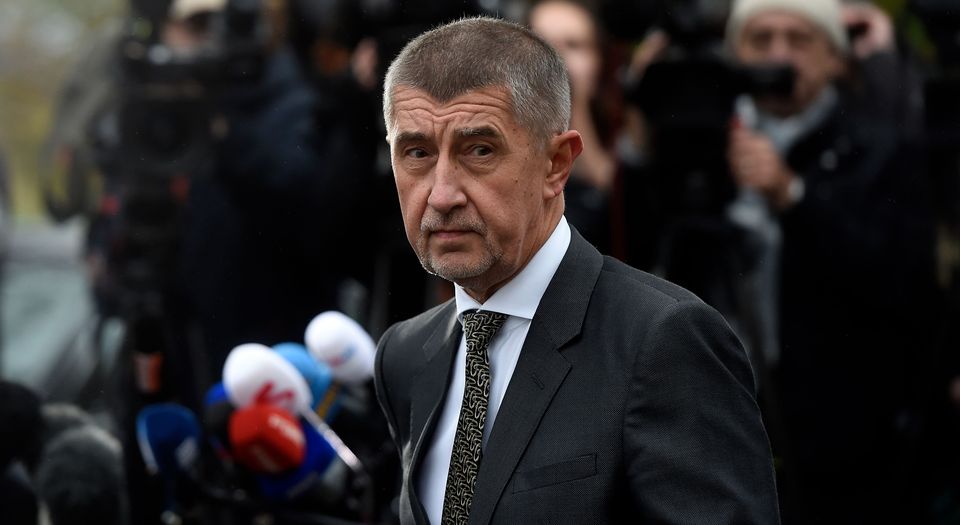 Britain has long been seen as the exception in Europe: we have bad coffee, we don’t smoke much, and we’re bad at foreign languages. When it comes to the European Union, this is even more the case. Our refusal to join the Euro and our close ties to the US have long had us viewed – unfavourably – as a special case among member states. When Brexit happened, the overriding feeling among European and British elites was ‘only the Brits would do this’.

You’d be forgiven for thinking Britain is the only Eurosceptic nation. But it isn’t. On Monday, Eurosceptic Andrej Babis was announced as the new prime minister of the Czech Republic. His new party, the populist Action for Dissatisfied Citizens (ANO), won nearly 30 per cent of the vote, and ended the 25-year rule of the traditional mainstream parties – the Social Democrats and the Christian Democrats, who scored a lowly seven and six per cent respectively.

Babis has been compared, somewhat lazily, to Donald Trump. Mainly because he is a billionaire (and apparently the second richest man in the Czech Republic) who has set himself up as an anti-establishment figure. At the very least Babis had more government experience than Trump. He formed his party before the 2013 parliamentary elections, where it went on to win 19 per cent of the vote. He entered the coalition government, where he served as finance minister and then first deputy prime minister.

There is some shadiness surrounding Babis. He was sacked in May over allegations of tax evasion – which he denies – and he bought up various Czech media companies after forming his political party. Now that he’s PM these issues will need to be held up to scrutiny. But, in terms of his politics, Babis is different to Trump. He is a centrist and has so far ruled out going into coalition with the far-right Freedom and Free Democracy party (SPD), which came third in the election.

The reason Babis’s victory has been presented as another populist result, one that, no doubt, has unsettled EU leaders, is that he’s a Eurosceptic. He campaigned to stand up to Brussels on migrant quotas and is opposed to joining the Euro. (According to a CVVM survey, 72 per cent of Czech people are against joining the Euro.) Babis is very likely to lock horns with French president Emmanuel Macron and EU Commission president Jean-Claude Juncker, who are pushing for deeper integration in the EU.

Back in May, president of the European Council Donald Tusk tweeted: ‘EU27 unity most important condition for positive #Brexit outcome. Thanks to unity we can also deal with positive agenda. Should be priority.’ But the EU is looking more and more fractured as the year goes on. Eurosceptic leaders are being elected in member states – parties across Europe are beginning to reflect the dissatisfaction and Euroscepticism of their voters.

Earlier this month, the 31-year-old Sebastian Kurz became the new Austrian chancellor, after his Eurosceptic OVP party won around 27 per cent of the vote. Similarly, he campaigned on standing up to Brussels. While he says he wants to remain in the EU, he is now in coalition talks with the far-right FPO, which wants to leave the EU. In Germany, there was the success of Alternative für Deutschland (AfD), which became the third largest party in Germany, while Angela Merkel’s Christian Democratic Union (CDU) lost 65 seats.

When far-right Eurosceptic Geert Wilders lost the Dutch election in March, Europhiles celebrated it as ‘a blow to [Europe’s] populist surge’. Similar comments were made in May when Macron beat Marine Le Pen. But, in both cases, these populist Eurosceptic parties experienced significant surges in support. Macron, for all of the EU elites’ enthusiasm, was merely seen as the lesser of two evils. Many French people didn’t vote at all.

This gives the lie to the idea of EU unity. And the EU’s anti-democratic clampdowns on defiant member states have made this clear. Recently, the EU reprimanded Poland for passing controversial court reforms. And Hungary has been threatened in the past with EU sanctions for not upholding EU migrant quotas. If the EU cannot achieve ‘unity’ willingly, it tries to enforce it instead.

There are differences between the politics of the parties that are finding new support in Europe. The situation in each European nation has its own context specific to its political climate. The idea that all populist revolts are the same, the rumblings of a European-wide far-right uprising, is just an attempt to dismiss them. And it misses the bigger picture, and the common strands between these revolts.

Voters are exasperated with the established political parties across Europe. Their concerns have been ignored for too long by technocratic elites, and they want change. And this connects with a bubbling Euroscepticism. European citizens are fed up of being dictated to by an unaccountable Brussels, while their own elected leaders won’t stand up to the EU on issues that are affecting their own citizens, like immigration and economic policies.

Brexit might not turn out to be the exception after all.

Naomi will be speaking at the session, ‘Macron’s France: ‘En Marche!’ to business as usual?’, at the Battle of Ideas festival in London on 29 October. Get tickets here.