The new feminism is a threat to women’s liberation 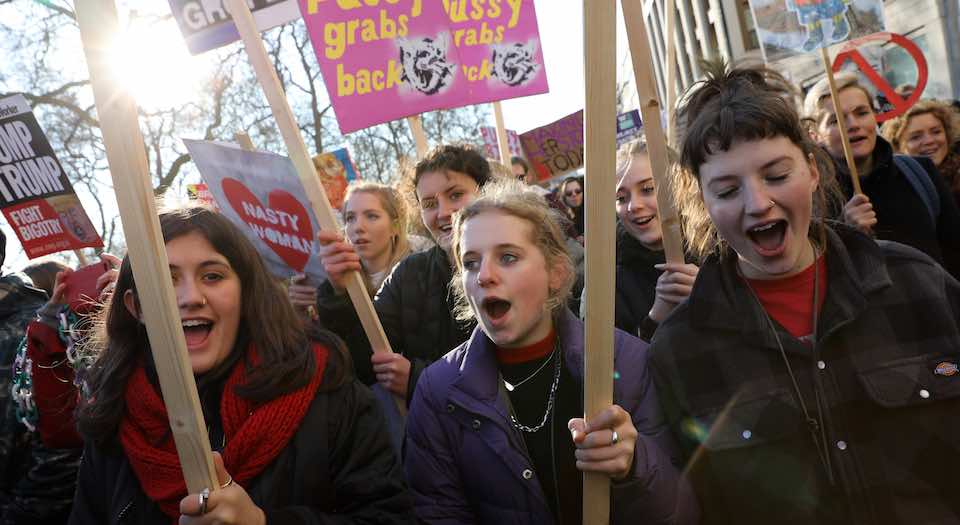 This month, spiked’s Ella Whelan publishes her first-ever book. Titled What Women Want: Fun, Freedom and an End to Feminism, and published by Connor Court, it is a powerful polemic on the illiberal drift and grossout obsessions of the new feminism and a defence of women’s liberation.

Here is Brendan O’Neill’s foreword to the book:

I have always felt very privileged to have been born in an era of women’s liberation. To live in a time when, in the developed world at least, all members of society, rather than just the male portion, have the chance to unleash their potential.

The liberation of women over the past century from domestic drudgery and the political immaturity imposed on them by a society that didn’t trust them to vote, or even to think for themselves, has been one of the greatest gains in the history of humanity.

It hasn’t only made society more equal, which is a good in itself, of course; it has made it more energetic, more alive, more intelligent, more thoughtful.

Through welcoming more of the human family — a full half of it — into the worlds of education, work, politics, culture and activism, our societies have made themselves more vibrant. No, not because women bring something special or gender-specific or ‘nurturing’ to the sphere of public life, but simply because a society that values all of its citizens, rather than just 50 per cent of them, is likely to be a more rounded, fuller and freer one. Through the liberation of women, we have liberated more of the human potential.

And it is precisely because I prize women’s liberation so highly that I am concerned about the new feminism.

It is because I value, as all men should, the march of women into public life that I am worried about today’s highly fashionable, media-oriented feminism and its promotion of the idea of female fragility.

It strikes me that this new brand of feminism is not harmful to men, as men’s rights activists and alt-right keyboard warriors sullenly insist; rather, it is harmful to one of the greatest ideas of the 20th century: that women are just as capable as men of engaging in public life, public debate, politics and work.

Where the first wave of feminism insisted women have the mental and moral wherewithal to be able to vote, and the second wave said women should have the right to work and to be as socially and sexually liberated as (some) men were, the new feminism myopically emphasises women’s alleged vulnerability.

It says women are at risk. Words harm them. Insults crush them. Images of naked women damage their self-esteem. Politics is too rowdy for them. The internet is too free-wheeling and unpoliced for women to be able to cope with. ‘Reclaim the Internet’ is the name of one feminist campaign to make the web a safer — read: more sanitised — space for women.

The terrible irony of this new feminism is that it echoes precisely the attitudes and prejudices that feminism emerged to tackle.

The Suffragettes, and more strikingly their feminist heirs in the confident, exploratory 1920s, rose up against the Victorian view of women as dainty creatures liable to faint upon hearing rough speech. Second-wave feminists challenged the idea that women weren’t cut out for work, where they might encounter tension and drama and expletives.

The new feminism seems perversely intent on reversing these victories, through demanding censorship of sexual images, controls on speech, the reshaping of political life to make it more inviting to women, and basically the ‘woman-proofing’ of public life — that is, sterilising public life to make it safe for ladies.

The problem with the new feminism is that it isn’t feminism at all, at least not as we have understood it. Rather, it is shot through with pre-feminist prejudices, though they are now dressed up in the seemingly radical language of ‘reclaiming’ public life and ‘smashing male privilege’. These militant-sounding phrases are a disguise for the cult of vulnerability that feminism has tragically become.

It is little wonder that so few women call themselves feminists (a study in 2016 found that where 85 per cent of Americans believe in women’s equality, only 18 per cent of them identify as feminists). This is because the vast majority of women still believe, as do most men, that the so-called fairer sex isn’t so fair and can cope with work life and public life as well as any man. One of those women is my colleague Ella Whelan.

Over the past couple of years, Ella has emerged as one of Britain’s most trenchant critics of the new feminism and most consistent defenders of the ideal of women’s liberation. In the magazine I edit, spiked, and elsewhere, she has helped to keep alive the spirit of women’s liberation through challenging the treatment of women as victims requiring censorship and authoritarianism to protect them from potential harm.

And now, in this brilliant book, she puts the case for female autonomy against feminist victimhood. Some feminists will no doubt cry ‘anti-feminist!’, but this would be inaccurate; in fact, this book is in the tradition of the Suffragettes, the female explorers, the female workforce and other female pioneers of the 20th and 21st centuries who demanded that society should mine rather than suppress women’s potential. All women and men who value women’s liberation should read this.

What Women Want: Fun, Freedom and an End to Feminism, is published by Connor Court. Buy it on Amazon UK, Amazon US and Book Depository.