The myth of Oxbridge racism 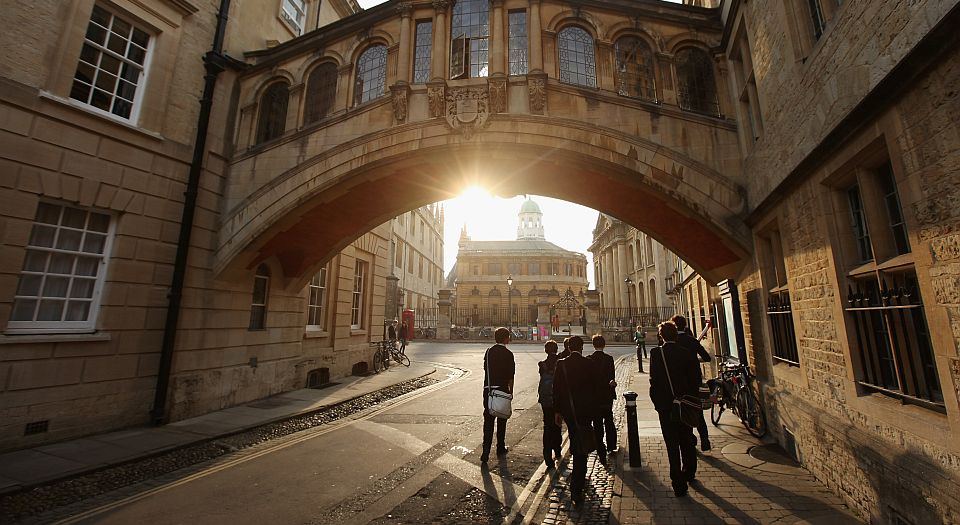 Labour MP David Lammy tore into Oxbridge last week. Snobbish, out of touch, unrepresentative of the nation as a whole, failing to take students from disadvantaged areas, and part of a white British establishment that is institutionally prejudiced against minorities, it should not be in receipt of the levels of government largesse it currently receives, he said. (The government funding amounts to £800million a year – or to put it in perspective, about one month’s net EU membership contribution.)

We need to take Lammy seriously when he talks about education. He has a lot to be proud of: from a single-parent upbringing on the Broadwater Farm Estate, via law degrees from SOAS and Harvard, to MP for Tottenham and (briefly) culture minister under Tony Blair. And he continues, to his enormous credit, to take a keen interest in educational opportunities for the have-nots. On Oxbridge, however, he is entirely wrong.

The picture he draws of Oxbridge colleges, with well-heeled students destined to join the ruling class, a pervasive public-school ethos and self-satisfied dons retiring every day to evenings of Lucullan banquets and port-swilling without a care for the grim realities of life outside the south-east, makes for good political headlines. But it derives, one suspects, from the occasional formal visit (for example to discuss widening participation), when colleges understandably push the boat out a little, and apart from that from the pages of PG Wodehouse and Evelyn Waugh.

The average college fellow in 2017 didn’t go to a fee-paying school, is not well-off (pay at the bottom end of academia is appalling), probably saddled with an enormous mortgage on a lousy workman’s cottage in the least chic part of town, and worries about the quality of the local state school where his children will go. He doesn’t dine (college High Table dinner on most days is a pretty small and tame affair). And he is just as likely to be a materials scientist from Middlesbrough as a medievalist from Maidenhead. Any suggestion of a preference among people of this kind for admitting conservative public-school types would raise a hollow laugh. A large majority of them, if not Green or Liberal Democrat, are either Corbynistas, or at least Thornberryistas, plagued with the usual dreary middle-class guilt complex. Their recommendations as to who should be accepted often as not reflect this. And in any case, they are well aware of the need to take account of applicants’ good or more often bad schooling, and adjust the offers they make accordingly.

In light of this, Mr Lammy’s suggestion that admissions should cease to be collegiate, but rather should be centralised and students then parcelled out to colleges, rather like post-office customers being assigned by a disembodied voice to a numbered counter, is about as foolish as you can get. If ever there was a way to advantage those who know how to play the system, rather than those who can benefit best from it, mandating admission not by personal contact but by numbers, quotas and boxes ticked is the best way to do it.

The real reason for the disproportion of the better off and the privately educated, despite respectable numbers of those from less well-off areas receiving excellent A-Level grades, lies elsewhere. Oxbridge values self-reliance, the idea that the world owes no-one an intellectual or any other living, and an insistence that students think out problems on their own. Far too many schools, especially in less wealthy areas such as South Wales (singled out by Mr Lammy as particularly disadvantaged as regards Oxbridge), don’t do this. Controlled by an unholy combination of complaisant Labour politicians and the teaching unions in such a way as to make life as intellectually undemanding for teachers as possible, they on the contrary encourage a culture of entitlement: a culture where there is an answer and, provided you learn it, you have the right to succeed. There is little wonder that the products of schools like this do not shine when asked for interview at an Oxbridge college. Interviewers do their very best to draw people out, but there is a limit to what they can do with young people who have rarely if ever been exposed to the necessity for independent and connected thought.

I deliberately left till last Mr Lammy’s most damaging and headline-grabbing accusation: that Oxbridge is somehow institutionally racist – or, as he puts it, that it reflects the white British establishment’s institutional prejudice against minorities. For evidence he cites the failure of many colleges – established by a freedom-of-information request from him – to admit any, or any appreciable number of, black British students. This is a case, however, where one has to look carefully at the question. It concerns a very small minority – two to three per cent – of the population (indeed the original request was for Black British to be broken down further, which the universities declined on the basis that if they gave the information it could identify individuals).

And most significantly, it concerns only one minority. Students of Indian, Pakistani, Middle Eastern, Chinese, or for that matter Jewish, origin are admitted to Oxbridge in considerable numbers. And if this is so, then Mr Lammy’s accusation is simply and demonstrably false. There is no prejudice against minorities, as he wishes us to think: rather, it is a case of some minorities doing better than others. All of this suggests – as indeed one black Oxford student said – that the problem might even lie elsewhere: with schools and an instinctive belief in certain parts of the country that black people cannot succeed. It certainly doesn’t lie with any unwillingness in universities to accept a clever black student on the same basis that they would take anyone else.

In short, if Mr Lammy were in an Oxford tutorial, there would be only one verdict. His essay needs to be taken away and rewritten.