One month after the election and coalition talks have barely begun. 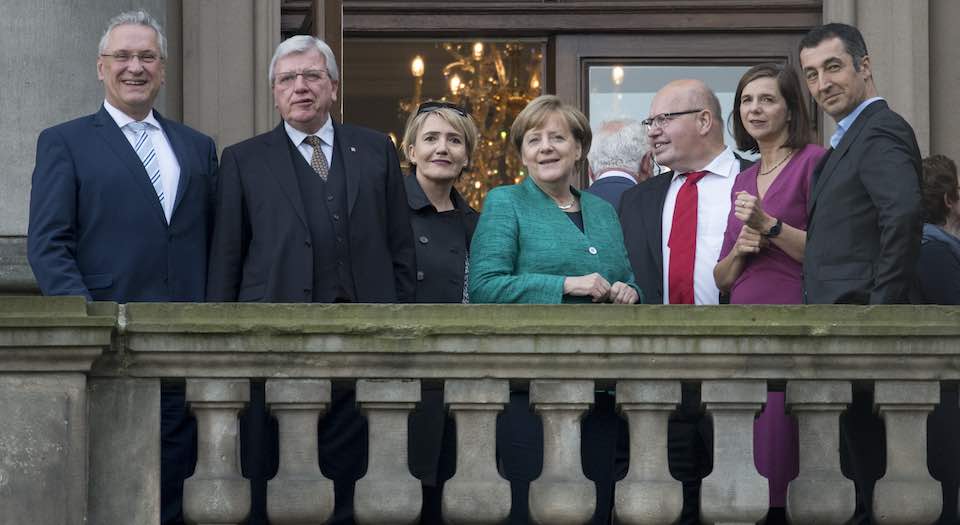 On the evening of 24 September, there was a sense of excitement in Germany as the results of the general election came through and it became clear that the makeup of the government would change. The ruling coalition partners – Angela Merkel’s CDU and Martin Schulz’s SPD – both suffered significant losses. Though Merkel would form the next government, the SPD, the biggest loser of the night, said it would ‘defend German democracy in opposition’.

Four weeks later, the excitement seems to have all but disappeared. The old government is still in place. Negotiations between the new potential coalition partners have been dragged out and will begin only this week. ‘The time-wasters’ was the apt title of an article by Jochen Arntz in the Berliner Zeitung, which pointed out that one month of the 48-month legislative term has already passed idly by.

Original predictions of ‘tough coalition talks’ gave voters the impression that new times had begun. This time three rather than two parties would need to come together. The parties involved – the Liberals (FDP), the Greens and Angela Merkel’s CDU – were so different, the commentary went, that it would be hard to find compromises and form what Germans call the ‘Jamaica coalition’ – a reference to the parties’ respective yellow, green and black colours.

But negotiations were postponed, leading to speculation that they may continue well into next year. It seems likely they will last even longer than the coalition talks in 2013, when it took an unprecedented 86 days for a new government to be formed. And yet the reasons for the current delay are far from clear.

Now that the talks have finally begun, some commentators speak of ‘near insurmountable problems’ ahead. But this is a strange verdict. Both the Greens and the Liberals signalled their willingness to join a government under Angela Merkel long before the election took place. Also, a ‘Jamaica coalition’ is not unprecedented. There has been one in place in the state of Schleswig-Holstein since June, and there have been several successful CDU-Green coalitions in other parts of the country. Then there is the well-known friendship between Cem Özdemir of the Greens and Christian Lindner of the Liberals (they are reported to have agreed on the distribution of ministerial posts months ago).

In truth, there are no truly fundamental disagreements between the potential partners. The Greens call for a healthy environment with a strong economy. The FDP calls for a strong economy with a healthy environment. All parties want to invest in ‘alternative’ energy sources (they only differ on how long coal subsidies should run for). They all want to boost education, digitisation and security (all demand more police on the streets). And they all promised tax breaks for middle-income people and families. The Greens want to deport fewer illegal immigrants, but they have supported compromises on this issue in the past.

As the fundamental differences between Germany’s political parties have faded in recent decades, nuances and superficial differences have gained importance. Party leaders still represent different voter groups, but these groups are today more defined by lifestyle than politics. This applies especially to the two smaller parties in this would-be coalition – one’s voters living the ‘cosmopolitan’ Green lifestyle, the other a ‘neoliberal’, ‘globalist’ lifestyle. Merkel’s CDU, meanwhile, has to strike a balance between its more liberal and traditional voters. Its more traditional base is represented mainly by the Christian Social Union, the CDU’s Bavarian sister party, which lost many votes to the populist Alternative für Deutschland in September.

This shift away from principle makes party leaders prone to over-emphasising their differences. This is why the Liberal Lindner felt the need to insist throughout the campaign that the FDP is a ‘standalone’ party. Now that the talks have finally started, we can expect petty squabbling rather than substantive debate, over matters like who is going to sit next to the AfD delegation in the Bundestag.

Since the AfD began to rise, there has been a lot of talk about the danger this new party poses to German democracy. And yet the mainstream politicians’ feet-dragging reflects how dysfunctional our democracy has become. The SPD’s Sigmar Gabriel, who resigned after the election, is still in post. He was a called a ‘lame duck’ before the election – what does that make him now? These politicians’ careless, glacial behaviour will confirm many voters’ suspicion that we live under a system of managerialism rather than a democracy.