Hollywood vs Africa: the rise of celebrity colonialism 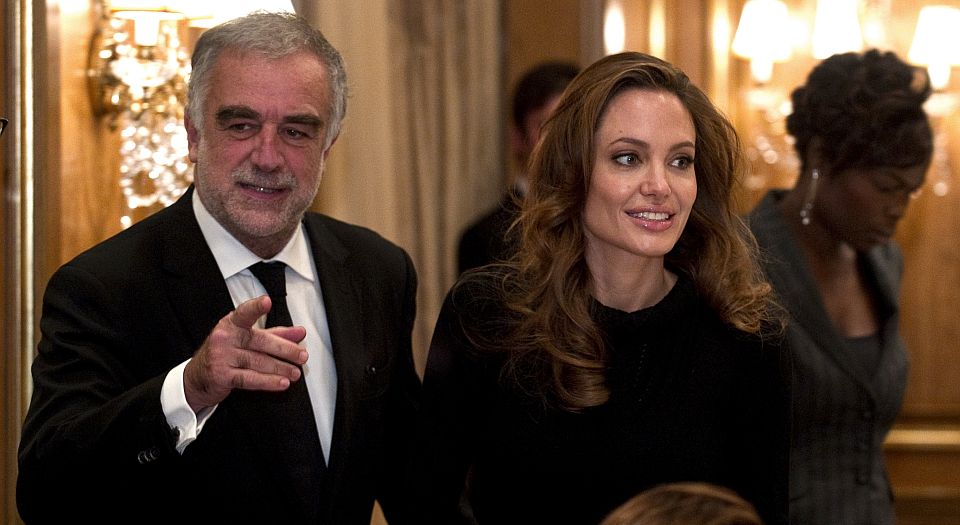 As Sacha Baron Cohen’s fame-obsessed character Bruno reminds us, celebrities have for decades championed fashionable causes in the developing world to bolster their image at home: ‘Clooney’s got Darfur, Sting has the Amazon, and Bono’s got AIDS.’ But even Baron Cohen’s Colonel Gaddafi satire, The Dictator, is less ludicrous than the celebrity capers envisaged by Luis Moreno Ocampo, one-time chief prosecutor of the International Criminal Court (ICC) at The Hague.

Leaked emails seen by The Sunday Times revealed Moreno Ocampo urging George Clooney to spy on Colonel Gaddafi. He invited Sean Penn to a UN Security Council meeting on Sudan. But he was particularly enamoured with Angelina Jolie, the undisputed queen of celebrity colonialism. ‘Forget other celebrities, she is the one’, he wrote. He had hoped to embed the star of Mr & Mrs Smith with US special forces in a plot to capture the Ugandan warlord, Joseph Kony. Jolie offered to act as a honeytrap, to invite the war criminal to dinner and then have him arrested.

Jolie first met Moreno Ocampo when she, as one does, attended the trial of the Congolese warlord Thomas Lubanga at The Hague – the only war criminal successfully convicted by Moreno Ocampo. After that, the chief prosecutor made clear his intention to recruit Jolie as an adviser: a role she appears not to have accepted. As Jolie was promoting her directorial debut, In the Land of Blood and Honey, Moreno Ocampo bombarded her with squirm-inducing praise, telling her that her Bosnian war romance was on a par with Shakespeare, with a plot ‘so strong I am still recovering’. Where a critic for the Los Angeles Times asked, ‘Is it a bad sign when you want a movie to end almost as much as the war it’s about?’, Moreno Ocampo contacted Jolie to tell her: ‘I am in LA and I watched the movie again (fourth time)… you are a genius. You did exactly what you said: a love story showing the war horrors. xx Luis.’

Although Moreno Ocampo was ultimately unsuccessful in assembling an international celebrity crime-fighting squad, this story underlines the insidious, neo-colonial relationship between celebrity, intergovernmental organisations and the developing world. It is striking that when ordinary people take an interest in celebrity culture and gossip, they are dismissed as stupid, self-centred and, naturally, responsible for the rise of Trump. Yet it is routine for the those who run transnational bodies to become hypnotised by the halo of celebrity sainthood.

Moreno Ocampo’s taste for the limelight is well documented, even prior to the latest email leaks, and yet he was nonetheless deemed one of the 100 Top Global Thinkers by Foreign Policy magazine. Jolie may have passed on the opportunity to become his adviser, to capture war criminals for the ICC, but incredibly she is still special envoy for the United Nations High Commissioner for Refugees. In Hollywood, there are more UN and UNICEF goodwill ambassadors than rats.

Just as star-studded campaigns serve to produce an image of caring celebrities, international institutions like the ICC and the UN exist not to deliver ‘universal justice’, as their advocates claim, but to massage the moral standing of Western powers. As Kirsten Sellars wrote on the founding of the ICC in her book The Rise and Rise of Human Rights, ‘The major powers have drawn up a statute that virtually guarantees none of their citizens will ever be prosecuted. This will leave it free to carry out its intended function: meting out punishment to alleged transgressors in the war-ravaged and judicially challenged pariah states.’ In its 15-year existence, the ICC has yet to open a single investigation outside the African continent. Yet its agenda is driven by Western objectives, not African ones. Bodies like the UN and ICC crave the appearance of legitimacy conferred from celebrity endorsement, in place of democratic legitimacy and domestic accountability.

States do not even have to be ‘judicially challenged’ to have their sovereignty overridden by the ICC. For instance, despite the fact that the ICC acknowledges that Kenya has a functioning and reliable court system, it has refused Kenya the right to prosecute alleged criminals like Uhuru Kenyatta and William Ruto domestically. For Richard Dowden, executive director of the Royal African Society, the ICC’s trials are ‘not fit for purpose’ as they destroy any possibility of making local deals to resolve conflicts. He argues that prior to the intervention of international courts, ‘almost all of Africa’s nastiest wars have ended in local deals’, with victors incorporating losers into the government.

Furthermore, both celebrity campaigns and the ICC view war and its consequences in isolation from any local political context, in favour of simplistically moralising about goodies and baddies. In the West, celebrity interventions into our own political debates are, at worst, annoying. Indeed, the tweeting Lena Dunhams and Gary Linekers of this world are rightly ridiculed online for their empty moral posturing. In the developing world, however, celebrities encouraging or participating in Western intervention can be downright dangerous. From Bosnia to Darfur, humanitarian intervention of both the military and legal varieties has prolonged wars, deepened divisions and damaged democracy.

The celebrity crime-fighting squad revealed by the email leaks is merely the most absurd expression of the symbiotic relationship between celebrity colonialism and remote, unaccountable transnational institutions. Although the opportunity never came to pass, would the Libyan people really have slept any easier at night knowing that George Clooney – Batman himself – was watching over them?