Austria: so much for the death of populism

Austria’s election results are a nightmare for the EU. Good. 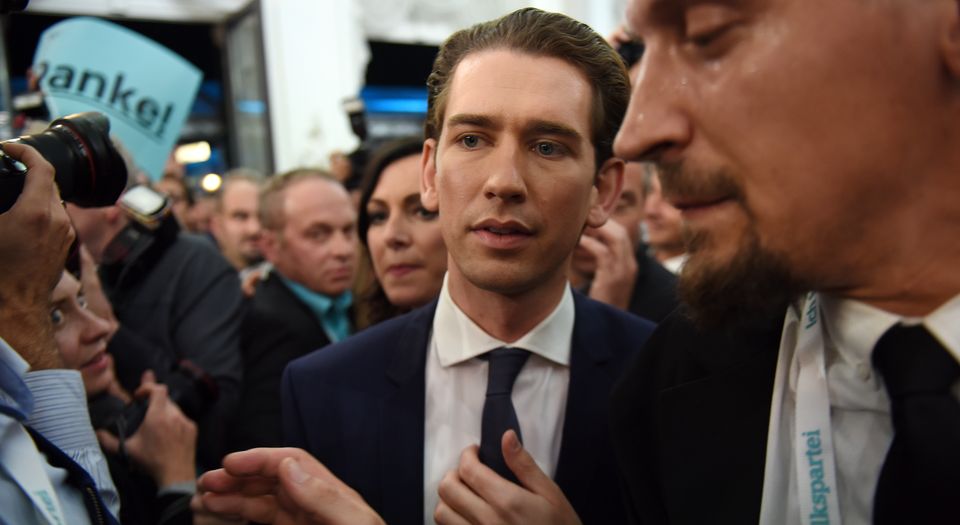 Another European election, another ‘crushing blow’ for the European Union. That’s how some are describing the results of the legislative elections in Austria.

The alarmingly young Eurosceptic leader of the People’s Party (OVP) – Sebastian Kurz, 31 – looks set to become Austria’s new chancellor after his party, according to some exit polls, won 31.6 per cent of the vote. Kurz, who previously served as foreign minister in the old coalition government of the OVP and the Social Democrats, campaigned on a ticket of securing Austria’s borders and standing up to Emmanuel Macron’s and Angela Merkel’s proposed EU reforms. But more striking than Kurz’s majority is the rise of the populist right-wing Freedom Party (FPO), whose vote appears to have risen from 20 per cent in the 2013 elections to around 27 per cent today. Some are estimating that the FPO has pushed the Social Democrats into third place, which would be extraordinary. It’s this that the press is describing as a ‘nightmare’ for the EU.

In one sense, Kurz’s talk of ‘change’ and Austria voting for a new future is overblown. His party, the equivalent of Britain’s Conservatives, is hardly a new or radical venture. Indeed, the OVP has been in power with the Social Democrats (SPO) many times since the early 1960s, as part of one of those Grand Coalitions that defined much of continental European politics in the postwar period. A vote for the OVP, even with its new focus on standing up to aspects of Brussels politics, is not particularly a strike for a daring, different future.

More telling is the ascendancy of the FPO. Anti-immigration, Eurosceptic, and popular among the poor and working-class sections of society (in last year’s presidential election, the FPO candidate, standing against a Green, got an extraordinary 86 per cent of the working-class vote), the FPO is everything the EU hates. That it has just secured its best result since 1999 – when it polled more than 26 per cent, under leader Jorg Haider, and entered into a coalition government with the OVP under Wolfgang Schussel – will strike further dread into the already rattled, Brexit-reeling EU elite.

The Austrian exit polls point to the further entrenchment of trends that have been sweeping Europe in different ways in recent years. There’s the decline of social democratic parties (a trend peculiarly bucked in Britain). Austria’s SPO, according to initial reports, has had its worst electoral showing since the end of the war. Just like the German social democrats, the SPD, who were similarly trounced in last month’s federal elections, and France’s too, where this year the Socialist Party failed to get through to the second round in the presidential election for the first time since the founding of the Fifth Republic in 1958, and then saw its number of seats in parliament fall from 280 (in 2012) to a staggering 29 in the parliamentary elections in June. ‘The party has collapsed’, its leader said. Austria’s SPO hasn’t done that badly; indeed, according to early predictions it has maintained the same number of seats – 52 – most likely as a result of the collapse of the Greens. But its possible trumping by the FPO speaks to the ongoing crisis of European social democracy.

And the other trend is the continuing rise of populist politics. Just as the Alternative fur Deutschland shook European elites, not least Merkel, by winning 94 seats in Germany last month – while Merkel lost 65 and the SPD lost 40 – so the FPO will be causing consternation in committee rooms in Brussels with its strong result and the likelihood that it will now form a coalition with Kurz.

The difference between the AfD and FPO, of course, is that the former is a very new party, while the FPO has been in existence since 1956 and has dipped a toe into coalition power a few times before (including with the social democrats in the 1980s). But the support for both expresses a revolting sentiment against the EU, a populist agitation with the mainstream postwar parties, and a failure of the mainstream, especially the left mainstream, to connect with people’s concerns about cultural and existential issues of nationhood, democracy and migration in the 21st century. The EU is right to see developments in Austria and elsewhere as a ‘nightmare’ – voters are intending to give the EU nightmares.

It remains to be seen how the EU will respond to the results in Austria and the possibility of an OVP/FPO government. But it’s worth remembering that the EU’s contempt for democracy and for the right of voters to choose their political leaders and their political destiny was clearly exposed the last time the FPO, under Haider, went into coalition in 1999/2000. Despite the fact that Haider’s FPO won 1,244,087 votes – 26.9 per cent of the vote, 52 seats in parliament – EU officials decreed that it was an unfit party for government. For the first time, the EU imposed sanctions on a member state, forbidding all other EU member states from having any diplomatic or ambassadorial interaction with Austrian government officials.

Then EU foreign-policy representative Javier Solana said the EU was sending a ‘clear signal’ about what kind of government was acceptable in the EU, and the Austrian one wasn’t acceptable. That is, the EU was punishing a demos for the choice it made, using sanctions and pressure to isolate a government and cause it difficulties. Indeed, Haider resigned in the wake of the EU fury, largely in order to appease Austria’s foreign critics, and the FPO all but collapsed for a few years after that – job done, EU oligarchy. In the words of a writer for Die Zeit, writing about the EU’s punishment of Austria in 1999/2000, ‘A cabal of EU heads of government is determining whether the democratic decisions of the people are valid’, and this threatens ‘the fundamental right of each democracy to decide freely which parties its citizens can vote for and which of these parties should form the government’.

Of course, since that early EU assault on the democratic rights of a European people, we have seen its disgust for the demos, its opposition to real, lived, meaningful democracy, acted out many times: in its overriding of French, Dutch and Irish voters who rejected the EU Constitution; its imposition of an unelected government in Italy; its ‘moving aside’ of the Papandreou government in Greece in 2011 and its replacement of it with technocrats; its enforcement of economic diktats in Ireland, Spain and Greece above the heads of the electorate; and its ongoing highly cynical efforts to weaken Brexit and punish us millions who voted for it.

The EU is defined by its profound hostility to our right to shape politics as we see fit. Whether it will respond to the FPO being in government as it did in 1999 – by effectively quarantining an entire nation to punish its allegedly stupid people – remains to be seen. One thing is clear: the recovering and rising vote for the FPO is a provocation against the EU that so hates this party, and from that perspective it’s a stirring, interesting thing.

Austria makes two things clear. First, that the much-discussed ‘end of populism’, which became a huge, excitable talking point following Macron’s victory in France, is a fantasy. Populist politics and parties aren’t going away, because the questions they raise, or at least the public concerns they tap into, are still there, bristling, unresolved. What does Europe stand for? Who should decide on issues such as mass migration? Isn’t democracy preferable to technocracy? And why should I vote for politicians who have nothing but disdain for my way of life, my values, and my right to have a say? People will keep asking and thinking these things.

And the second thing it makes clear is the utter failure of the left to understand, engage with, and possibly even mould or lead the populist feeling in Europe right now. Across the continent, ballot-box revolts are taking place, against Brussels and against the old politics, and many on the left can only say: ‘This is dangerous and racist.’ They’ve thrown their lot in with the status quo, meaning the right can clean up, reaching out to a rebellious, anti-establishment spirit that the left foolishly fears and even wants to destroy.