The visuals are breathtaking, but the story leaves you cold. 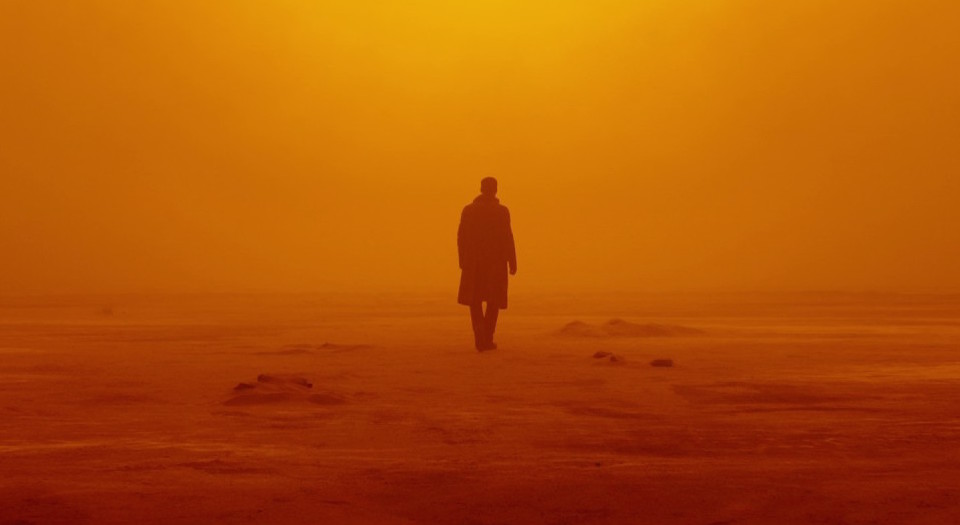 There is one scene which encapsulates what remains so captivating about Ridley Scott’s 1982 movie Blade Runner.

Deckard is a world-weary ‘blade runner’ whose job is to hunt down and ‘retire’, as in kill, androids (known as replicants) that have gone rogue. Harrison Ford plays Deckard, and in one crucial scene, he reveals to femme fatale Rachael with casual cruelty, that, contrary to her belief, she is not human – she is a replicant. He shows her that her most private and personal memories aren’t real, but have simply been implanted into her as part of a manufacturing process. Her total devastation, as she realises the truth of her existence, is beautifully acted by Sean Young. It’s a scene that lingers long in the memory, because the audience receives a startling reminder of the value of the human experience. We empathise with the emotions of a machine. It is this compelling focus on the value of life, and the question of what makes us human, which gives the 1982 movie its force.

Despite its numerous virtues, this is what is missing from the newly released sequel, Blade Runner 2049.

That it has any virtues at all may come as somewhat of a surprise. In recent years, Hollywood has released many token reboots, sequels and re-imaginings which have tarnished the memory of well-loved movies from the past. Blade Runner 2049 is, however, quite clearly a labour of love. The film’s ambition can be seen most obviously in its spectacular visual design. The look is dystopian, as in the 1982 film, but on an even more gigantic scale. The original film was set solely in the Los Angeles of 2019, but the new film also spans the landscape of the whole US of 2049. The film roams over vast deserted cities, huge sculptures, massive dams and buildings. Even the rubbish dumps, from which some scavenge a living, are enormous. The interiors of the buildings are often equally imposing.

The soundtrack is also impressive, riffing on Vangelis’ atmospheric 1982 score, which has been pumped up and distorted. The sounds seem to echo and wail between the valleys created by the huge buildings, or throb overhead, produced by the flying cars that weave across the landscape.

Much of the film remains set in Los Angeles. The LA of 2049 is still dominated by huge animated neon screens and adverts tailored to the needs of potential customers who pass by. But the new film presents a harsher, and less recognisably human, environment.

The director is Denis Villeneuve, who made last year’s sci-fi hit, Arrival. His co-writer, Hampton Fancher, wrote the original Blade Runner screenplay. Together, they have produced a script and story that attempts to match the originality of the 1982 film, which was based on the sci-fi writer Philip K Dick’s novel Do Androids Dream of Electric Sheep?. The story is primarily about a replicant called ‘K’, played by Ryan Gosling. K is a blade runner, who hunts down earlier-model androids living outside of human control, unlike later ‘tame’ models such as K himself. During the process of hunting down and ‘retiring’ an older model, he discovers evidence that a ‘miracle’ has taken place: a female replicant has apparently given birth to a living child. He is ordered by his police chief to hunt down all those connected with this event and wipe them out. As he follows the clues, he is increasingly troubled by what he discovers, and what he has been asked to do. As with the replicants in Scott’s original, he begins to question his own nature.

On release, the original Blade Runner was a flop. Critics initially couldn’t see past the flashy visuals, and the public was put off by the downbeat tone of the film. But it became a cult movie and video hit as people noted intriguing themes, semi-hidden mysteries and character ambiguities that could be discussed and shared between fans of the film. Villeneuve and Fancher have tried to recreate this fan appeal. As the story unfolds, links to the previous version emerge. We discover what happened to Rachael and Deckard, who ran away together at the end of Scott’s film. Ford returns as an apparently older Deckard, and one of the main questions from the first film (whether Deckard is himself a replicant) is left open, to allow for further fan debate.

There are some stylistic issues here, which seem to blight many modern pictures. The film suffers from a touch of the ‘Quentin Tarantino’ – it’s almost three hours long, and would benefit from judicious editing. Like Christopher Nolan’s sci-fi epic Inception, it seeks and fails to find the deeper profundity needed to justify such a length.

The dialogue is also somewhat one-dimensional. In the original, the characters were distinct, and their speech often fizzed with humour and energy. The original script had several memorable and quotable lines, a key element of any film wanting to live beyond the box office. Who could forget Rutger Hauer’s ‘time to die’ speech? The Blade Runner 2049 script lacks that brio.

But the biggest problem is its attitude towards life and humanity. In the 1982 original, the value of human life is apparent, to the replicants at least – many of the human characters are cynical and jaded. The replicants, in different ways, lust for human life, are jealous of it and want to extend their own lives. Hauer’s character, Roy Batty, who rages against the humans who created him, even saves his would-be assassin from death. He embraces life at the end of the movie.

In the new film, human life and experience are more marginal concerns. The joy that life can bring is much less visible. The tone is much more that of 21st-century miserabilism than one of the lust for life found in the earlier film. The characters are dwarfed by the monumental landscapes and their concerns seem dwarfed, too. Human life in 2049 seems totally bereft of any joy or pleasure, unlike in the 1982 film, where humanity persisted even in inhuman circumstances.

The main human characters here are entirely unsympathetic, even psychopathic. And the main relationships are between machines and machines – K’s love interest is a hologram, and it’s hard to care about a hologram, no matter how much the director tries to bring warmth to the character. The role of humanity is diminished.

For a film of such epic proportions, there is a strangely anti-heroic narrative at the heart of Blade Runner 2049. The central character becomes less important to the outcome of the story as it wears on. Some reviewers have celebrated this displacement of the traditional hero role, but, inevitably, it means that the film lacks a centre, someone to root for.

Despite the dystopian vision of Scott’s original, it still had a joyful quality – a celebration of life. This is much more subdued in Blade Runner 2049. It seems colder, less engaging and less passionate. As a result, it is unlikely to become the celebrated classic that the original Blade Runner certainly is.

Watch the trailer for Blade Runner 2049: