The use and abuse of Grenfell survivors

The fire survivors are being let down by the government and victims' groups. 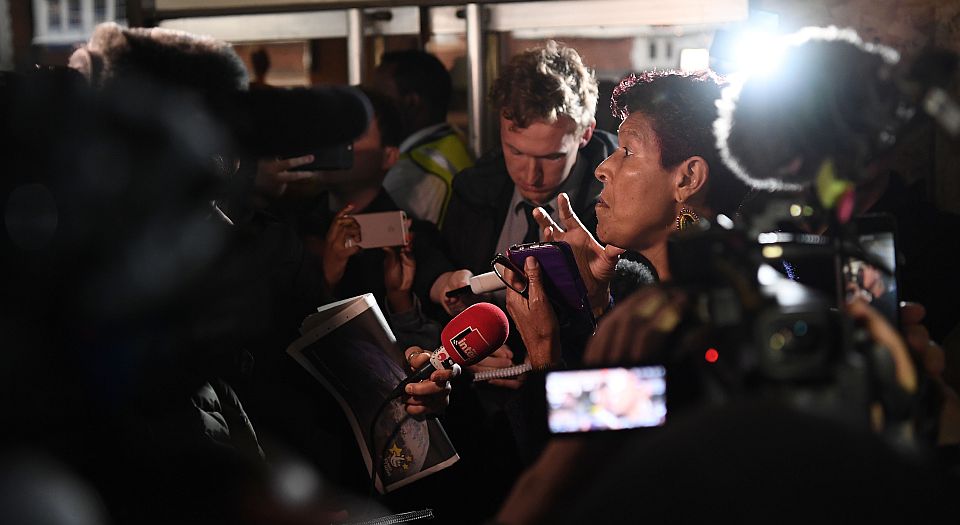 We need to talk about the survivors of the Grenfell Tower disaster. It has been over 100 days since the fire. Many of the people left homeless by it are still living in hotels. It appears that little has been done to help these people move on, aside from paying for hotel rooms.

But there is another important dynamic emerging. While the real people affected by the fire continue to be let down by government inaction, the idea of the Grenfell survivors as a group is becoming increasingly influential. The Grenfell survivors have become a powerful political symbol in the aftermath of the fire, a political tool for those wanting to attack the government for public-spending cuts. The elevation of the Grenfell victims went hand in hand with the explicit politicisation of the tragedy. Shadow home secretary Diane Abbott told the Labour Party conference this week that the disaster was a ‘direct consequence of privatisation and outsourcing’. This follows the contention of John McDonnell, the shadow chancellor, that the fire was ‘social murder’.

As the political importance of the Grenfell survivors increases, as more politicians and pundits fawn over them and attempt to use their tragedy for political gain, the real problems facing those affected remain unaddressed.

This trend has been replicated elsewhere. Victims’ groups have become important participants in formal processes following perceived misconduct by the state. But the political elevation of victims’ groups is never helpful for victims themselves. Most recently, the Independent Inquiry into Childhood Sexual Abuse was frequently required to change its frame of reference and personnel, in order to satisfy the wishes of the victims’ groups. The various victims’ groups were frequently described as the most important participants in the inquiry. But the outcome was a completely ineffective inquiry that was unable to do its job.

A similar dynamic is starting to emerge around Grenfell. The public inquiry is underway, but is being continually challenged by those purporting to represent the interests of survivors. When the chair of the inquiry, Sir Martin Moore-Bick, met with the survivors recently, he was heckled not by a survivor but by Michael Mansfield, a barrister appointed to ‘work alongside’ one of the victim groups. Mansfield demanded that Moore-Bick answer residents’ questions in a future meeting. When Moore-Bick declined, Mansfield said victims were being ignored. There have also been reports of infighting among different groups claiming to represent the needs of victims. According to one account of the meeting last week, certain victims’ groups would not attend if other victims’ groups were in attendance. This tussle to be the official representative of Grenfell survivors is understandable, given the political influence that such a position entails.

The narrative around the victims and survivors is leading to worrying conclusions. Consider the parallels being drawn between Grenfell and Hillsborough. A representative of the Hillsborough families’ campaign said last week that the Grenfell survivors ‘should not have to wait as long for prosecutions’ as the Hillsborough families did. The parallel between the two tragedies, pursued by commentators and campaigners alike, suggests that only criminal prosecutions will deliver justice for the Grenfell survivors.

This is a dangerous idea. By emphasising the similarities between Hillsborough and Grenfell, especially at such an early stage of the investigation, we are jeopardising the search for objective truth. We have to be content with a variety of possible outcomes to our official processes. We cannot know the motivations for the construction and maintenance decisions that may have led to this fire. We cannot pretend the answers are obvious. We need to prepare survivors for the possibility that the evidence points away from their interpretation of events.

If we really respect those affected by this fire, we should provide them with the best possible investigation. We should not just pretend that we already have all the answers. We need to be honest enough to say that Grenfell may have been a tragic accident and be prepared to accept that conclusion if that is what the evidence shows. The ongoing politicisation of the fire, and the use and abuse of survivors, is not helpful. It could derail the very processes best suited to ensuring that this kind of tragedy never happens again.