The EC is pitching Ireland into battle against Brexit. 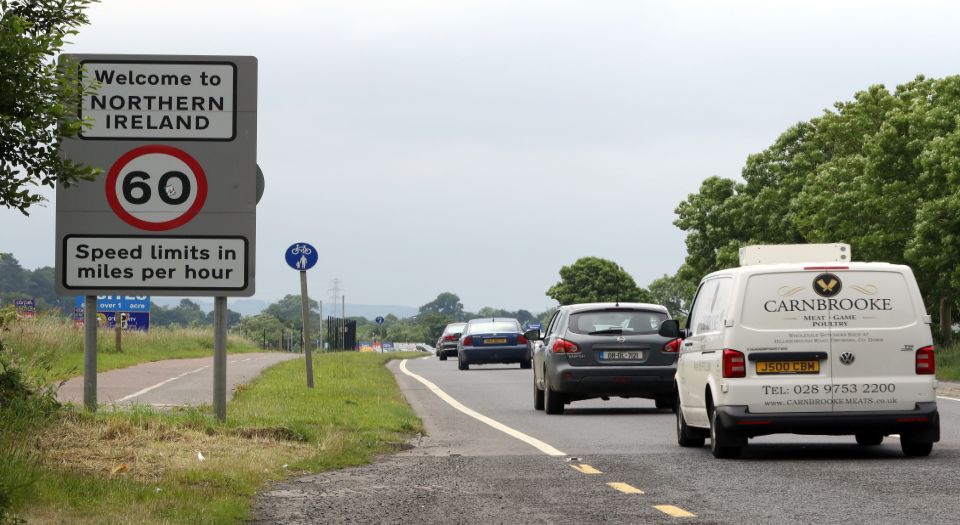 The Irish Taoiseach Leo Varadkar claims to have taken ‘a big hand’ in drafting Dialogue on Ireland/Northern Ireland, the European Commission’s response to the British government’s August position paper proposing solutions for managing Britain’s border with Ireland after Brexit.

Published last week, the long-awaited document formally adopts many of the lines Varadkar has been pushing over the summer, not least his decision to halt intergovernmental cooperation on technical solutions to the post-Brexit ‘border question’. The EU paper echoes Vardakar’s often stated view that Ireland does not want a hard economic border between Ireland, Northern Ireland and Britain and that it is the UK government that must bear sole responsibility for ‘designing a border for the Brexiteers’.

While the UK’s proposals relied on maintaining existing ‘pragmatic’ approaches for controlling immigration, policing and regulating trade across Ireland and the UK’s Common Travel Area, the EU has made it clear that flexibility is not an option when it comes to protecting its own immigration and customs regime. Agreeing on the need for ‘unique solutions’ to keep the border frictionless, the EU insists that the onus for sorting out border relations remains firmly with the UK.

Dialogue on Ireland/Northern Ireland also places another of Vardkar’s political hobbyhorses centre stage, namely Britain’s responsibility as a co-guarantor of the Good Friday Agreement to continue to promote the ‘normalisation of relations between communities in Northern Ireland and between North and South’. In other words, it is up to Britain to maintain the integrity of the Good Friday Agreement, which the EU claims is ‘embedded in the framework of EU law and policy’. Brexit is effectively blamed for disrupting existing relationships between the UK, Ireland and, of course, the EU as a whole, and for imperilling the Good Friday Agreement and, therefore, peace and prosperity on the ‘island of Ireland’.

Some Irish commentators have commended Varadkar’s manoeuvring as a triumph of Irish diplomacy within the EU. As they see it, in outflanking his myopic and plodding British opponents during the opening skirmishes of the talks, Varadkar has allowed Dublin to seize ‘absolute power under EU law to derail the whole Brexit process’.

Certainly, the decision to designate the Irish border and the Good Friday Agreement as ‘red lines’ that must be settled before the UK can begin negotiations on trade has given Ireland a decisive role among the EU’s 27 member states when it comes to determining the outcome of the EU/UK divorce. Varadkar even used a recent official visit to Canada to boast of how Ireland was in the driving seat: ‘We will decide whether the UK has made sufficient progress when it comes to citizens’ rights, the financial settlement and issues pertaining to Ireland and only if we are satisfied that sufficient progress has been made on those three areas will we then give the go-ahead to talk about trade.’

Ireland’s alliance with the EU against Brexit might seem odd given recent history. But in spite of the legacy of Ireland’s post-2008 bailout, enforced austerity and continuing economic surveillance by the European Commission, EU membership has always been more highly prized in Ireland than it ever was in Britain. Varadkar speaks to a wide section of the public who see membership of ‘the Union’ as key to Ireland putting its troubled past behind it and re-imagining its future as a modern and diverse society. More to the point, membership of the EU has boosted national self-confidence, allowing Ireland finally to escape the shadow of British domination and, or so it seems to many, take its rightful place among the nations of Europe. For all these reasons, Ireland’s political class feels justified – and is widely supported – in choosing to fight Ireland’s corner from the EU side of the negotiating table.

However, there is a downside to Varadkar’s ‘diplomatic triumph’ – it allows the EU to sidestep responsibility for resolving a central problem: how will the UK and Ireland keep people and trade moving across their national borders after the EU draws a customs and immigration frontier between the two? This question is of fundamental importance to the economies of Ireland, Britain and Northern Ireland, and to the lives of millions of people – British, Irish, European and non-European – who live, work and do business on these islands.

From Ireland’s perspective, the worst possible outcome would be an EU customs border that imposed punitive tariffs and other barriers to trade on the UK. Exports of Irish goods and services to the UK currently amount to 17 per cent of Ireland’s total GDP, with its agri-food sector selling 41 per cent of its products to British and Northern Irish markets. Beyond trade and tariffs, cross-border cooperation is responsible for joint customs, immigration and policing operations and supports hundreds of areas of day-to-day life, from animal welfare and roadbuilding, to water and energy supply. While joint EU membership has undoubtedly smoothed many of its rough edges, cross-border cooperation between Ireland and the UK largely developed in the framework of the Common Travel Area, which predates the EU’s single market and customs union by 50 years.

Brussels’ determination to enforce the legal integrity of its new external frontier runs counter to the pragmatic modus vivendi cultivated by London and Dublin since both states came to terms with the finality of Partition in 1925. The decision to designate cross-border cooperation as a ‘red line’ and threaten to withdraw intergovernmental cooperation corrodes and complicates this long-standing relationship between Ireland and the UK, as sensitive areas of policymaking that have historically been seen as the prerogative of two neighbouring national governments are thrust to the centre of complex and increasingly confrontational transnational negotiations. EU strategy so far appears to be based on giving the UK a rough ride pour décourager les autres. But while a punitive Brexit deal might help suppress further rumblings of continental revolt against the EU, it would inflict collateral damage on Ireland far in excess of any other member state.

The Commission’s Dialogue on Ireland/Northern Ireland acknowledges the seriousness of the ‘border problem’ for Ireland and the UK but sheds no useful light on how it might be resolved. Having dismissed London’s proposals as unworkable, the EU feels under no compunction to put forward ideas of its own. Meanwhile, London is unable to negotiate future trade relationships with the EU without agreement on the customs border, and cannot unilaterally resolve it without knowing the nature of future trade agreements. Add in the political cul-de-sac of the Northern Ireland ‘peace process’ and the result is stalemate.

This war of words between the UK, Ireland and the EU shines a light on where power lies in the closed world of EU brinkmanship and dealmaking. The EU operates as a system of power because of the way political and policy decision-making is insulated from the complexities, controversies and competing demands of the everyday world of business, people and politics. As a ‘good European’, Varadkar is careful to cloak the pursuit of political power and economic advantage in the language of a transcendent project of peace-building and pluralism on the ‘island of Ireland’. But the conduct of these negotiations, with its open disdain for the hopes, fears and freedoms of millions of European citizens, should ring alarm bells for democrats of every political stripe. While the EU appears to be ruled by its member states, we should not be fooled into thinking that it is ruled by the people who live and work in those states. Only time will tell if it is ruled in their interests.