Racism is a spent force in British society

David Lammy is wrong about the criminal-justice system. 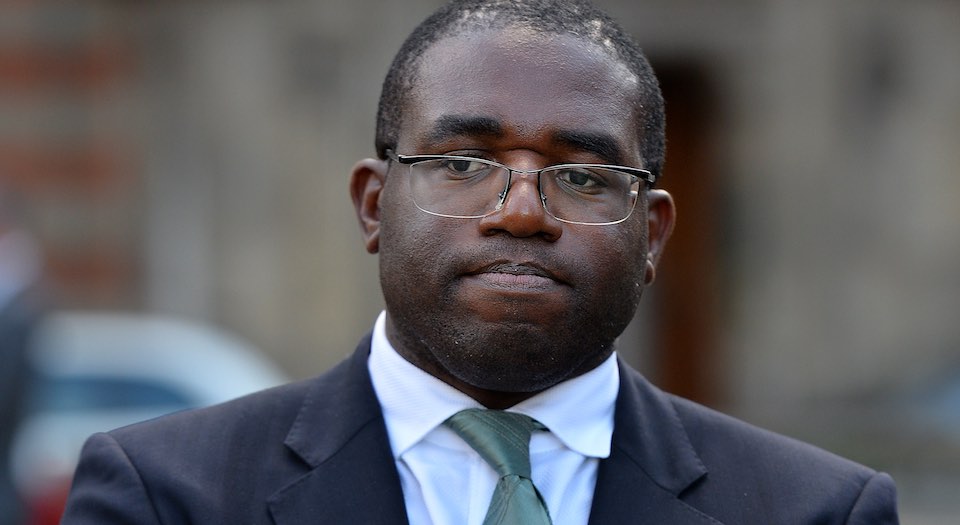 Black people were three per cent of the British population but accounted for 12 per cent of adult prisoners in 2015/16. Is this because black defendants are being judged by the colour of their skin? This is the key issue that Labour MP David Lammy’s report on criminal justice, published last week, should have addressed. If affected by racism, criminal justice would need to reform. But if not affected by racism, criminal justice would be doing as required by judging defendants by their behaviour, rather than race.

Before coming to what Lammy actually concluded, it is clear from the evidence he presents that he ought to have found that criminal justice in Britain is not affected by racism.

Lammy notes how social attitudes towards race have changed significantly over the past 20 years or so. ‘It is true’, he says, that ‘in wider society, overt racial prejudice is declining’. He backs this up by noting that the proportion of people who say they would mind if a relative married someone from a West Indian or Asian background has fallen significantly over the past two decades. He adds that ‘younger generations, who have grown up in a more diverse country, report lower levels of prejudice than their parents and grandparents’ generation’.

As befits his argument that ‘social norms are changing’, Lammy notes that when ordinary people come together as a jury to consider the guilt or innocence of defendants, ‘successive studies have shown that juries deliver equitable results, regardless of the ethnic make-up of the jury, or of the defendant in question’.

He also notes that an objective of passing the Criminal Justice Act in 1991 was to ‘avoid discriminating against any persons on the grounds of race’. He does not produce any evidence to suggest that this obligation, or those that exist under the Equality Act 2010, are not being met. Indeed, he suspects that they are being met.

The fact that Lammy provides no evidence that criminal justice is affected by racism is significant. This was a government-commissioned report on racism and criminal justice for which Lammy was provided with researchers (who conducted some ‘bespoke analysis’ for him), and after 18 months Lammy wrote over 100 pages with more than 300 footnotes, many of which referred to the extensive research on race and criminal justice that already exists. Had he found reliable evidence of racism in the criminal justice system, he would surely have endorsed it.

The truth, that Lammy ought to have spelt out, is that due to changing social attitudes on race over more than 20 years, racism is now a spent force in mainstream British society and it does not affect the criminal-justice system, a sector now infused with a strong dislike of racial prejudice. In fact, these days there is evidence to suggest that crimes committed by some black, Asian and minority ethnic individuals (such as those committed by Muslim grooming gangs) are being overlooked due to the racial sensitivities of those within the criminal-justice system.

So Lammy ought to have concluded that criminal justice is not racist. He actually says something slightly different — namely that ‘prejudice has declined but still exists in wider society’ and therefore ‘it would be a surprise if it was entirely absent from criminal-justice settings’. It may be that there is an immaterial difference between racism being absent from criminal justice and Lammy’s speculation that it ‘is not entirely absent’. But if Lammy is suggesting that there are traces of racism within the criminal-justice system, then he certainly isn’t suggesting that it can explain the sort of racial disparities that he refers to. If racism were the cause of that problem, then it would take a lot of it to cause a black person to be four times more likely to be in prison than a white person, or to have caused the number of Muslims in prison to increase by almost 50 per cent in the past decade. On the contrary, Lammy accepts that many of these prisoners would have been found guilty by non-racist juries and he presents no evidence to suggest that magistrates and judges pass sentences inflated by racism.

More to the point, Lammy had no need to try to infer the presence of racism in the criminal-justice system from wider society. As noted above, the government gave him ample resources with which he could and should have concluded, without speculation, whether criminal justice is affected by racism.

Lammy’s omission was not an oversight, for he claims that the issue of institutional racism was irrelevant. Or at least that is what he is trying to say with this sentence: ‘My focus, however, is primarily on the treatment and outcomes of BAME [black, Asian and minority ethnic] individuals rather than decoding the intentions behind countless decisions in a range of different institutions.’ Let’s put this opaque sentence into plain English. When Lammy says he is not going to decode ‘the intentions behind countless decisions’, he means that he is going to disregard the absence of racism in the criminal-justice system. When Lammy says his focus is ‘on the treatment and outcomes of BAME individuals’, he means that racial disparities must be tackled even though they are not affected by racism.

Lammy is more revealing when he notes that the criminal-justice system ‘may be meeting its statutory obligations’ to avoid racial discrimination but for him this is not good enough. The system, he claims, ‘should be more ambitious than that’ — that is, it should do more than avoid racial discrimination. The ‘more’ that he seeks is a desire to make criminal justice racially sensitive. Each and every racial disparity must be hunted out and tackled from within.

But this is not the conclusion Lammy draws. His report makes 35 recommendations, each one of them being a proposed reform of the criminal-justice system, and none of them relating to broader moral and political issues. Thirty-five to nil represents one heck of a thrashing for the institutions of criminal justice. Lammy’s central argument is that all criminal-justice institutions should devote even more resources to subjecting each decision to racial scrutiny. Each and every racial disparity would, argues Lammy, oblige the institution to either ‘explain or reform’. In other words, he wants to institutionalise a mechanism, the ‘driving force’ as he calls it, for routing out the racism that does not exist.

Without racism to tackle, Lammy’s reforms would merely racialise the criminal-justice system. They would create a culture of racial sensitivity whereby any racial disparity is the institution’s fault and never the fault of BAME individuals. In this environment, the crown prosecutor who justifies a disparity by saying that black people are more likely to be imprisoned because they are more likely to commit serious crime is likely to face the full force of institutional censure. The police officer who suspects a Muslim man of sexually abusing a white girl is likely to need a higher degree of evidence to take the case forward. As Lammy’s report so clearly illustrates there is now a prevalent view within officialdom that: racial disparities in the criminal-justice system must be the fault of criminal-justice institutions and can never be explained with reference to something external to these agencies.

By proposing to racialise the institutions of criminal justice, Lammy is doing a grave disservice to the black, Asian and minority ethnic communities that suffer from these racial disparities. They do not need or want a criminal-justice system to treat BAME offenders and criminals differently. They need and want a criminal-justice system that treats individuals on the basis of their behaviour rather than their race. The problem of racial disparities in the criminal-justice system is serious but it needs an honest debate about issues that are external to the institutions of criminal justice. Lammy’s report impedes the debate that is needed.