This review could do more harm than good for black Britons. 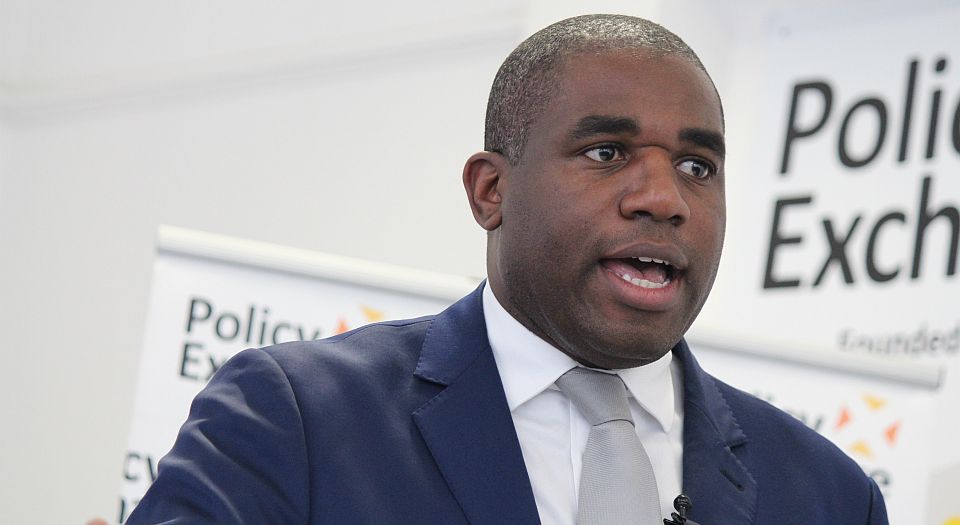 According to David Lammy, Labour MP for Tottenham in London, the report of emerging findings for his review into the criminal justice system that was published last week ‘clearly shows BAME [black, Asian and minority ethnic] individuals still face bias – including overt discrimination – in parts of the justice system’. He points to the worrying statistic that BAME men make up 14 per cent of the population but 25 per cent of all prisoners. BAME male prisoners are also more likely to be kept in high-security prisons and the odds of a BAME offender receiving a prison sentence for drug offences is higher than for white offenders. Black men are more than three times as likely to be arrested as white men. A disproportionate number of children in custody in England and Wales are black.

All this proves, he argues, that as the prime minister said last year, ‘If you’re black, you’re treated more harshly by the criminal justice system than if you’re white’.

However, this is not what the statistics in his report reveal at all. In fact, the findings showed that overall, Crown Prosecution Service decision-making was broadly proportionate. Jury conviction rates were similar across ethnic groups, at between 66 and 68 per cent. In some measures, BAME groups actually had lower rates of disproportionate treatment compared to whites. There is a particular issue in the area of rape and domestic abuse, where black and ‘Chinese and Other’ groups had higher rates of conviction, and the CPS rightly calls for more research to understand why. But if racial bias were a problem throughout the system, the overall conviction rates would reflect this. By and large they don’t.

In fact, the report admits there are many reasons beyond the criminal justice system for why there are ethnic disparities. Black children are far more likely to grow up in a lone-parent family and black and ethnic mixed boys are more likely to be permanently excluded from school. BAME groups also have much higher incidence of mental illness. All of these are linked to higher rates of offending. The proportion of BAME people in the population has also grown at a faster rate, which you would expect to influence the prison population as well – for example, Lammy highlights the fact that the Muslim prison population has doubled in the past decade, but according to the last Census, in 2011, the population of Muslims in England and Wales grew by 75 per cent and the young Muslim population doubled overall.

There seem to be two things going on. First, there is a harsh objective reality – BAME groups are proportionally more likely than non-BAME people to commit certain crimes, such as robbery, which lead to prison sentences. There are many social and economic reasons which cannot be blamed on professionals working in the criminal justice system. Although Lammy’s review argues that their treatment of BAME people is biased, the evidence is far from conclusive about this.

Second, his review found that BAME people are more likely to plead not guilty than guilty because they do not trust their state-funded solicitors and the advice they give – the result is that they will not benefit from more lenient sentencing when they are convicted. Lammy implies that this lack of trust is because of institutional bias and discrimination. Certainly there is a historic legacy here from previous decades, but it is equally possible that the current accusations of institutional racism by lobbyists and activists – a perception more than a reality – is behind the further corrosion of public trust. When anti-racist lobby groups criticise the authorities for their racism, it is not surprising that BAME communities start to believe they cannot trust their own professional solicitors. They then make decisions that might harm their chances in the justice system. It is not likely that this report will do anything to improve that level of trust and it may even worsen it.

A similar issue has arisen in the mental-health sector. In 2004, John Blofeld, a former High Court judge, published an investigation into the death of black schizophrenic patient David Bennett at the Norvic clinic in 1998, which concluded that the mental-health services were ‘a festering abscess’ of institutional racism. It found that Afro-Caribbean people were more likely than whites to be sectioned, forcibly restrained, and placed in seclusion, and they made up 30 per cent of inpatients on medium-secure psychiatric wards. In 2005, the government produced a new action plan to reduce ‘disproportionate’ admissions of black patients to psychiatric wards.

But the reality is that incidence of mental illness is objectively much higher in the BAME population and especially among Afro-Caribbean men. Professor Swaran Singh, a social and community psychiatrist with over 30 years of clinical experience, has argued for over a decade that institutional racism in his profession is not the cause of this. If black men are overrepresented in the mental-health system, it is because they are objectively more likely to have mental illness. Academic studies show that BAME and migrant groups are more exposed to mental-health risk factors, including family breakdown, substance abuse, poverty, living in areas with low social cohesion and, of course, the personal experience of migration and instances of racial prejudice as well. ‘Just because there are racial differences does not mean that racism [in the system] must be responsible’, he wrote in 2010. As a psychiatrist, he treats patients as individuals with needs and it would be irresponsible to turn away patients or amend their treatment because of some government target.

What is worse, claims Singh, because accusations of institutional racism have corroded BAME communities’ trust in the mental-health services, the system is ‘creating a self-fulfilling prophecy whereby patients seek help only in a crisis, disengage from services prematurely and have repeated admissions with poor outcomes’. If black patients refuse to take medication or they and their families refuse to seek out help, they will only come to the attention of the authorities after they have, or are already on the verge of, causing harm to themselves or others; at which point, the state must use more forcible means to protect them.

Those who have tried to eliminate racism in mental health over the past 20 years have found they can’t change the objective reality, and by attacking the mental-health profession they have possibly made outcomes for BAME patients worse. Trust within black communities today is at an all-time low. As Jacqui Dyer, Lambeth councillor and vice-chair of the government’s Mental Health Taskforce, said recently, there is a belief within some black communities that if you go into mental-health services, ‘it’s not that you get recovery, it’s that you die [there]’.

There are important questions raised in Lammy’s review about the insufficient emphasis on rehabilitation in prisons and the increased support needed for younger prisoners generally. It also raises an important dilemma about balancing the fair treatment of offenders with the needs of victims for justice and protection – it must be remembered that black people are disproportionately more likely to be victims of violent crime. We need to understand better racial prejudice in society and how it affects BAME people, while being more rigorous in our analysis of the way institutions treat BAME groups.

Unfortunately, framing this review publicly in terms of institutional racism and racial bias within the criminal-justice system only clouds the reality of what is happening and in the end could lead to worse outcomes for ethnic minorities.

Munira Mirza is former Deputy Mayor of London for Culture and Education and an adviser on the arts and philanthropy.