A rapist in a women’s prison? Society has lost the plot

It is time people took a stand against the trans ideology. 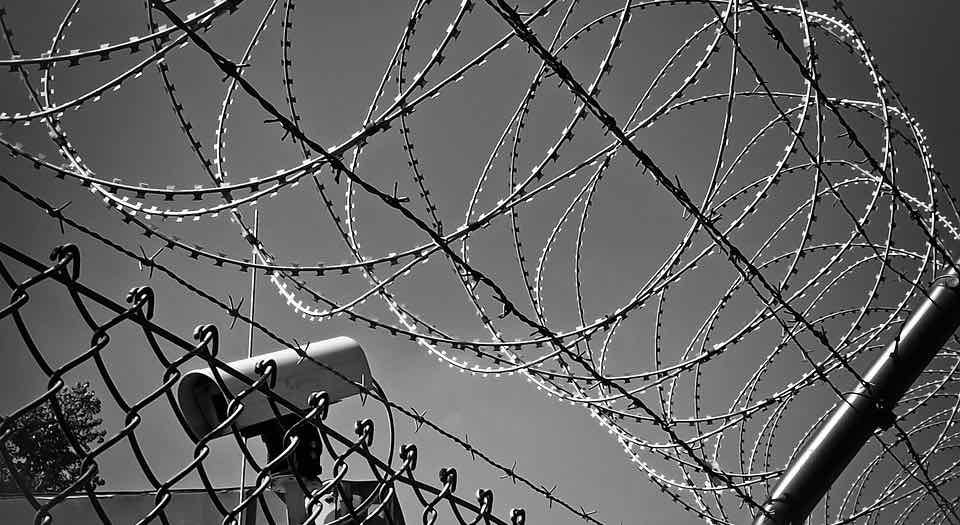 What kind of society puts a male rapist in a women’s prison? In what nation would it be considered acceptable to put a man convicted of raping two girls into an enclosed space with hundreds of women? In Britain. In 2017.

Incredibly, Martin Ponting, who was sentenced to life in 1995 for the rape of two girls under the age of 16, was recently moved to the all-women prison of Bronzefield in Surrey because he now identifies as a woman and goes by the name of Jessica Winfield. He has now been segregated from the other prisoners at Bronzefield presumably for some serious misdemeanour. (For making advances to women, say sections of the press, though the prison authorities deny this.) To place a rapist among women because he claims to be a woman might prove to be the moment the cult of genderfludity crossed the line from irritating to psychotic.

Let’s be clear: it is wrong and cruel to make female prisoners live with a rapist. Whatever their crimes, women prisoners have a right to expect the utmost safety. These women should not be made to share their living quarters with someone serving a life sentence for committing serious crimes against young women. This is not to say criminals, even serious criminals, can never be reformed. Prison should seek to redeem even the worst of people. But Ponting is still serving his sentence; he is still being punished; so we can assume he is still considered a threat, particularly to the kind of people he previously victimised: vulnerable females. To put him among vulnerable women is to elevate his narcissistic identity play over the sense of safety of hundreds of women. It prizes his feelings over women’s security. It tells him — and society — that an individual’s personal fantasy now takes precedence over other people’s reality.

The pro-trans media’s response to the discussion of Ponting and his segregation at Bronzefield has been extraordinary. Sections of the tabloid press have expressed concern at the placing of Ponting in a women’s prison. His move to a women’s prison is a ‘kick in the teeth’ to his victims, one newspaper says. He is a ‘rape menace’, say reporters. I agree. This is why he’s in jail: because he is a rape menace. Yet trans-sympathetic columnists have become irate, not at the placing of a rapist in a women’s prison, but at the tabloid press’s use of phrases like ‘transgender rapist’. That this is a statement of fact — Ponting is both transgender and a rapist — matters nothing to these policers of language for whom any expression of disrespect for the trans ideology is a despicable act of ‘transphobia’.

Some pro-trans observers have slammed the media for ‘deadnaming’ Ponting — that is, mentioning his old name, Martin Ponting, rather than solely using his new name, Jessica Winfield. But Ponting / Winfield committed his crimes under that ‘dead’ name. Martin Ponting is on public record as having committed two rapes. The idea that we should erase that name to avoid offending his trans sensibilities is perverse: it erases matters of legal record; it memory-holes the name of a criminal. It negates history itself: in this case that a man called Martin Ponting raped two girls. To instruct the media never to mention the name ‘Martin Ponting’ is to engage in a victim-disrespecting act of Orwellian erasure. It once again elevates the eccentric sensitivities of one individual over the rights of everyone else: in this case the right of the public to know and speak about all the details of a crime.

This strange urge of trans activists and commentators to accord more sympathy to Ponting than to women prisoners — to argue the corner of a rapist rather than women — speaks volumes about how unhinged the trans ideology has become. Or rather how abjectly unwilling society is to withstand this ideology and to tell its believers that they are wrong. In the treatment of Ponting’s belief that he is a woman as more important than the concerns of hundreds of actual women, we see in extreme form the extent to which society is now expected to bow before the narcissistic individual and his or her demands for recognition; to validate every identity, even where that identity is self-evidently irrational.

And where this expectation of validation is annoying and sometimes illiberal in everyday life — such as when student officials pressure people to use pronouns like ‘ze’ or when feminists are harassed online for saying men cannot become women — in the case of prisons it becomes positively dangerous. A society that cannot say even to a man convicted of rape, ‘You are not a woman’, is a society that has truly lost the moral plot. It is a society that has left the realm of reason and objectivity for the unbalanced, unpredictable and plain dangerous terrain of post-modernism, in which what an individual feels counts for more than what others know to be true.

It is time we asserted our right to opt out of trans people’s fantasies. If a man wants to refer to himself as a woman, that is absolutely his business. But there is no reason the rest of us have to accept that he is a woman. There is no reason the birth registrar has to change the sex on his birth certificate (replacing the truth with a lie), or that a women-only college has to accept him as a student, or that the prison system has to place him in a women’s prison. The rise of the trans ideology speaks to a really problematic 21st-century idea: that society has a duty to respect our chosen identities. It doesn’t. Society must only respect our rights — our right to speak, our right to vote and our right to personal autonomy — not what we believe. Society must uphold our freedom, not our feelings. So yes, a man has a right to say, ‘I am a woman’, but society is perfectly within its rights to say: ‘No, you are not.’ And it should say this more often. It is terrifying that nobody in a position of authority thought to say to Ponting: ‘Jessica, you are not a woman, and you will not be going to a women’s prison.’

Brendan O’Neill is editor at spiked