Why Nazis must have freedom of speech

Seven reasons why the far right should never be censored. 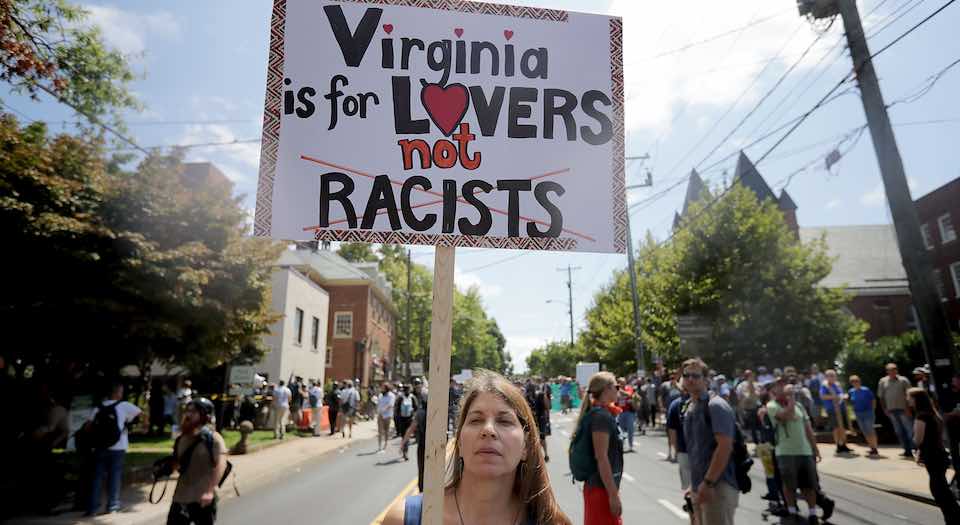 Following the disturbances in Charlottesville, including the foul murder-by-vehicle of a socialist protester by an alleged Nazi sympathiser, the cry has gone out to censor the extreme right. Free speech is great, people say, but it must not extend to swastika-waving hotheads with beer bellies and wicked beliefs who want to gather and shout in public. Their ideas are too toxic. And given half the chance they would burn books, repress the left, and silence minorities — why should we be liberal towards such latent authoritarians? ‘Simple fact of the matter is, freedom of speech does not, and should not, include Nazis’, one observer says.

This is wrong. Nazis must enjoy the same freedom of speech as everyone else. For these seven reasons:

1) Freedom of speech is indivisible or it does not exist

The clue is in the name: it’s free speech. This means everyone has it, whether they’re a saintly figure sharing feel-good memes or Richard Spencer or some other douche with a bad haircut and even worse politics who wants to spread malice about Jews or Mexicans. When you qualify free speech, you kill it. You turn it from a liberty into a privilege, a thing enjoyed only by those deemed ‘agreeable’ by the state or the moral majority. You create licensed speech, where people are permitted to speak so long as they stay within decreed parameters of acceptable thought. Step outside those parameters and your license is revoked. If any one group or idea is made verboten, freedom of speech no longer exists.

2) Okaying the censorship of Nazis would set a lethal precedent

Imbuing officialdom with the authority to silence certain political ideas is a recipe for dictatorship. If you think they will stop once they’ve extinguished the idea you don’t like, you need to improve your familiarity with history. British leftists called for public-order legislation to control far-right marches and were startled when those laws were sometimes used to keep them off the streets, too. Radical feminists and gay-rights activists agitated for the No Platforming of neo-fascists on British campuses in the 1980s and are now alarmed to find themselves No Platformed for ‘transphobia’ or ‘Islamophobia’. When you accept the logic of censorship, you open yourself up to censorship. For anti-fascists to implore officials in Trump’s America to police political expression is a special kind of folly, given those officials’ hostility to the left and black radicals: under the cover of tackling extremism, they would tackle your ‘extremism’, too.

Too many think that if you defend a group’s freedom to speak, you defend the group itself. Not so. On the contrary, defending freedom for Nazis is one of the best ways you can defend freedom for yourself. Securing their rights secures your rights. Through insisting that the borders of expressible thought be so widely drawn that even Nazis are included within them, we help to maintain a wide and open and experimental public sphere in which we ourselves can be radical and daring without suffering censorious blowback. The minute laws or restrictions against Nazi hate are proposed, we must argue against them, because, in the words of HL Mencken, ‘it is against scoundrels that oppressive laws are first aimed, and oppression must be stopped at the beginning if it is to be stopped at all’.

Censorship doesn’t only silence the individual who wants to get something off his chest — it also disempowers us, the potential audience to that speech. It deprives us of the right to hear and judge for ourselves. It infantilises us through absolving us of the responsibility to use our mental and moral muscles and instead allowing someone else to decide on our behalf that a certain idea is wicked or wrong. To silence far-right and racist thinking would prevent the civic-minded public from having a reckoning with such foul ideas, from confronting them in the public glare and both using reason and appealing to reason in a battle of our ideas against theirs. It would decommission our responsibility as citizens to stand up to prejudice by making that the job of officialdom instead, in the process making equality a shallow, enforced value rather than a lived ideal we all have a part in defending.

5) Censoring Nazis helps them more than it hurts them

Nothing is more likely to flatter the racialised self-pity and conspiracy-theory thinking of white nationalists than their being prevented from gathering or speaking in public. It would embolden their fantasy about being martyrs. Worse, in expelling ideas we don’t like from public life, we put those ideas beyond the reach of reason, beyond the sting of public contestation, and that is likely to guarantee both their continued existence and their worsening. Liberated from the burden of public dispute, hard-right ideologies will become even more eccentric, more unhinged. Underground, away from debate, they will fester and spread among networks that already feel alienated from mainstream society. If Nazism exists in my society, I want to see it and hear it, so that I can confront it. Hidden hatred is a far more chilling prospect than publicly expressed hatred.

One of the worst arguments for the censorship of the far right is that we must protect minority groups from feeling offended or unsafe. This infantilises ethnic minorities. It presents censorship as their friend and freedom of speech as their enemy. This runs counter to the experience of history, in which every significant social breakthrough, for minority groups, the working classes and women, was won through freedom of speech — through people insisting upon their right to organise and publish as they saw fit in order that they might confront their enemies and make the case for their own liberation. In the words of the freed slave and agitator for abolition, Frederick Douglass: ‘Liberty is meaningless where the right to utter one’s thoughts and opinions has ceased to exist.’ For white leftists to call for censorship to protect black people’s feelings is a form of neo-racialism that has nothing to do with genuinely progressive politics.

7) You cannot defeat Nazism by aping it

‘They would censor us, so let us censor them.’ This is the cry of many of those who would silence the far right. It is too ironic for words: in order to defeat Nazis we must act like Nazis would if they got the chance. Here’s a better idea: we confront the hard right by defending and even proselytising about all the things it hates — freedom of thought, freedom of speech, the open society, democracy and universalism.