The rise of the therapeutic royals

Prince Philip’s stepping down marks the end of an era. 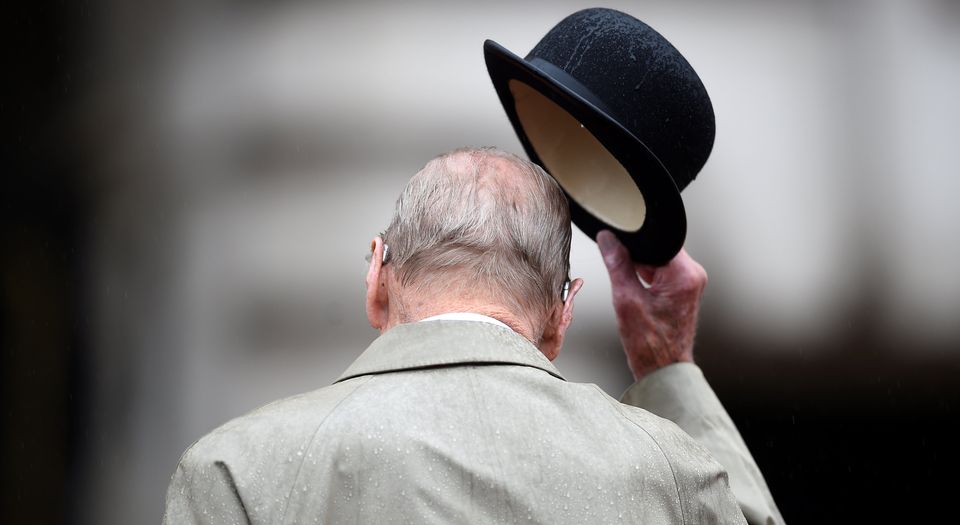 Prince Philip, the clanger-dropping royal consort, has officially retired. On Wednesday, he completed his final solo public engagement, his 22,219th since his wife became Queen in 1952, with a Royal Marines military parade on the Buckingham Palace forecourt. Due to the rain, he opted for a bowler hat. Though he’ll still be visible at her Maj’s side, his retirement marks the end of an era. Not just because he’s the longest serving royal other-half, or because he’s been a constant source of amusement – given his un-PC comments about deaf children, ‘spongers’ or Indian electricians. More than that, his shuffling off of the scene also marks the end of the stiff-upper-lipped starch that he, and that bowler, represent.

There is a generational divide emerging in the medieval hangover that is Britain’s House of Windsor. A palace source told The Sunday Times in May that the Queen had become frustrated with the young royals – the Duke and Duchess of Cambridge, William and Kate, and carrot-topped sad lad Prince Harry. Their mental-health campaigning, calling on people to ‘open up’ about their troubles, was deemed unbecoming ‘soul-baring’. As Philip retires, ‘the Cambridges will be expected to step up and undertake more state business and do less of their own campaign work’, the source said. And according to his biographer Gyles Brandreth, speaking on the Today programme this week, the 96-year-old prince also disapproves of the ‘soap opera’ nature of the modern monarchy.

With the 20th anniversary of the death of Princess Diana looming, this shift is all the more pronounced. The sudden death of ‘Lady Di’, who had divorced the adulterous Charles a year earlier, and the subsequent PR disaster for the ‘unfeeling’ Windsors that followed, was taken at the time as proof that the monarchy’s days were numbered. And though Diana’s Bono-style advocacy and public emoting – holding the hands of HIV sufferers and telling all about her private life in explosive interviews – were bemoaned by traditionalists at the time, her children’s following in her footsteps has brought the monarchy a kind of polite-society cred it could barely have dreamed of a generation ago.

The young royals’ Heads Together campaign was feted by the commentariat. The Telegraph’s Bryony Gordon, whose interview with Harry went viral, hailed ‘the day Prince Harry showed the world how to talk about our problems’. And the nominally republican sheets of the Guardian were hardly more restrained in their praise. Applying Diana’s narcissistic charidee style to the contemporary obsession with mental health has made the young royals media darlings. In the Telegraph interview, Harry didn’t even talk about any specific mental illnesses that he or anyone he knew had suffered. But the campaign fit the trendy obsession with wellbeing to a tee, and refashioned the royals as exemplars to we simple subjects not of tradition, order and respectability, but of ‘emotional intelligence’.

Perhaps all this is to be expected. Though it’s long been an anti-democratic anachronism, the British monarchy has managed to cling on by reinventing itself. In William Bagehot’s 1887 book The English Constitution, a century-late response to the revolutionary challenge of republicans like Thomas Paine, he spoke of the ‘mystic reverence, the religious allegiance, which are essential to a true monarchy’. But as the idea of the God-given right to rule began to leak away, the royals began representing themselves as public servants, filling their time with charitable causes. The gap between public servant and public-service announcer perhaps isn’t all that big. What’s more, since the 1990s, the royals have been increasingly PR-savvy, forming the ‘Way Ahead’ group of advisers and family members to discuss and keep on top of public opinion.

The irony here is that it is precisely in its drift away from its mystical mission that the monarchy has proved what a meaningless institution it is. And yet, as politics has become more distant, more oligarchical, the royals have remained staggeringly popular. That they are above the world of politics has become a virtue – one of the biggest barriers to an elected head of state is that Brits don’t much trust the elected representatives they have. Then there’s the sorry state of republicanism, which today seems to be driven more by a sneering disdain for the sheeple subjects and their Wills’n’Kate crockery than a belief in popular sovereignty. I’d bet my last fiver that most middle-class republicans backed the anti-democratic EU in last year’s referendum.

Nevertheless, the royals’ emotionally incontinent turn is depressing. It’s a rehabilitation of a monarchical disdain for the weak-willed people in PC terms, treating us all as in need of therapy if not iron rule. And it’s a reminder that abolishing the monarchy is well overdue. After Brexit, the time is ripe to remake the case for a republic and proper popular democracy. Though we’re told that misty-eyed Little Englanderism is the spirit of the day, nothing could be further from the truth. In the past year, the British public has proved itself willing to rip up the status quo. And the appetite for debate activated by the referendum persists. There’s a world out there to win.

But, in the meantime, I’d rather be treated like a subject than a mental patient.