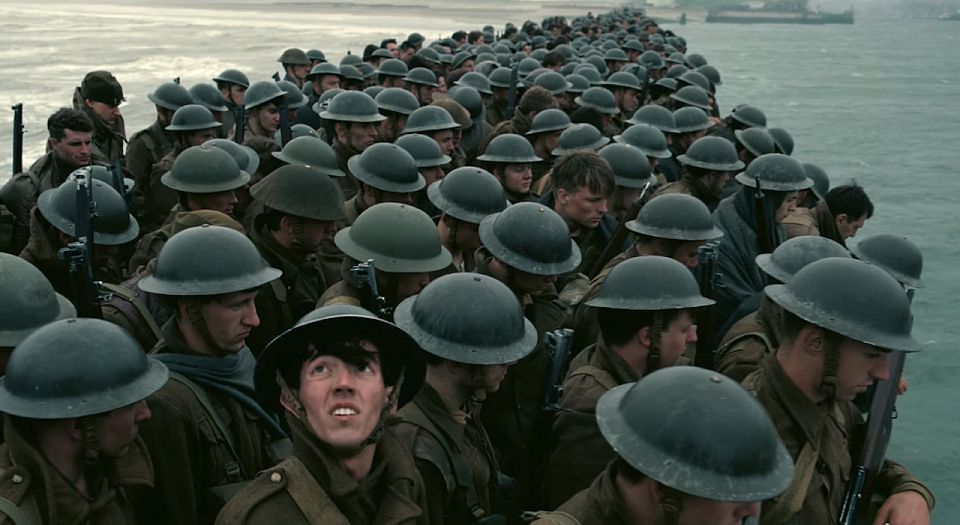 Christopher Nolan’s previous films have been much more fantastical and allegorical than Dunkirk, which critics are rightly hailing as a tour de force. Films like Inception and Interstellar used science fiction to play with themes of the unconscious, time and the soul. The story of Dunkirk, however, is not only fixed in the national consciousness, but understood in a particular way that cannot be messed with.

When Germany invaded France in 1939, the British Expeditionary Force (BEF) was sent to shore up Britain’s allies. By 1940, German advances into France meant British troops were threatened with being overrun. Nolan’s Dunkirk shows the hellish position of the soldiers of the BEF as German soldiers harry and hunt them down. The attempts to hold the pocket around the French town of Dunkirk turned into a rout.

The struggle of Tommy (Fionn Whitehead) and Gibson (Aneurin Barnard) to get back to the beach, and the boats that might evacuate them, frames the story. But we also follow the air war to defend the pocket, as well as the attempts to get the boats to Dunkirk to save the men. All the way through, the main body of men on the beach are terrorised victims, and the centre of the struggle is to get them home.

The Battle of Dunkirk and the evacuation loom large in the British psyche. This often surprises people. After all, the battle was a defeat. The reason the story is so often told is largely because of a broadcast by JB Priestley at the time, in which he painted a picture of a flotilla of ‘little ships’ coming from the English seaside and fishing towns to save the men. The war, up until that time, had been a military affair, and the authorities feared that the wider public were disconnected from it. The Dunkirk evacuation and Priestley’s image of ordinary Englishmen coming to save the troops helped break down the division between military and civilian life, and began the ‘total war’ mobilisation of all British society.

Priestley’s broadcast, though, was not true. The flotilla of little ships did not set sail on its own. The ships were commandeered from their owners by the navy and used to help the evacuation. There was no spontaneous rush to save the men on the part of British civilians. Nolan’s film fudges the story, showing the commandeering but highlighting the story of a captain – played by Mark Rylance – who insists on going with his ship to help.

Nolan doesn’t set out to debunk the propaganda myth of Dunkirk. But the film is nevertheless a significant revision of the established, heroic account. In Nolan’s story, heroism in the old-fashioned sense has drained out of the commanders, and the ordinary men struggle to survive. There are redeeming figures – Tom Hardy’s pilot, risking all to get to the beach by air; Mark Rylance’s captain, with his understated fortitude. Even the foolish commander, played by Kenneth Branagh, redeems himself. Overall, though, the picture is that war is hell. As they fight to get out, everyone turns on each other.

The one sentiment that rings through the film is that of ‘home’. The visceral intensity of the struggle to get back makes the inevitable appearance of the white cliffs of Dover seem moving, rather than hammy. The score samples Elgar’s ‘Nimrod’.

In the newsreels of the time, the troops who made it back from Dunkirk were often shown being greeted by cheery Britons with cups of tea. But, in many cases, the men broke ranks and made their own way home, angry and bitter at the way they had been treated, and humiliated at the defeat. In Nolan’s version the soldiers are hailed as heroes, but we can see that they think of themselves as anything but.

This is a Dunkirk for an age without heroes, consumed with horror and guilt, in which our most powerful patriotic emotion is ‘home’.

James Heartfield is the author of An Unpatriotic History of the Second World War.

Watch the trailer for Dunkirk: