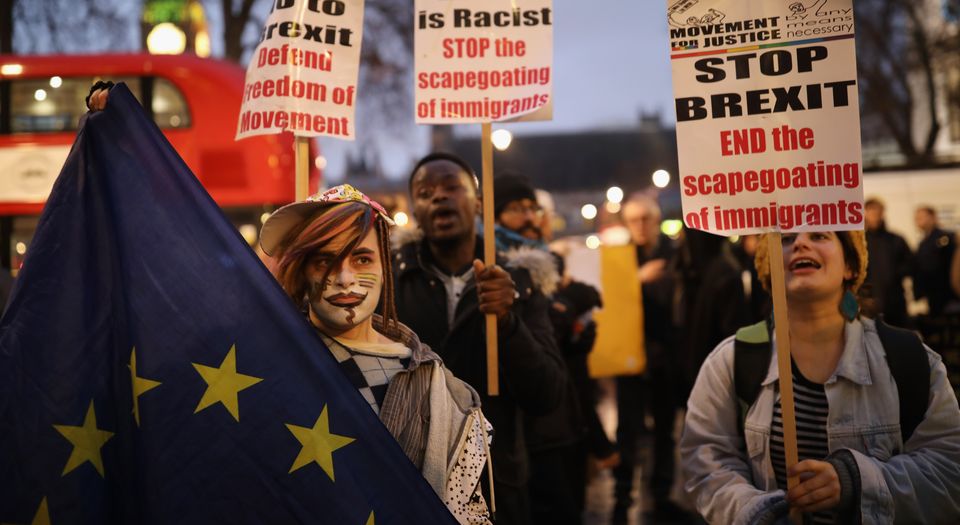 There is a consensus among the most stubborn and fanatical Remainers that Brexit unleashed a wave of xenophobia in Britain, a dormant sentiment that itself sustained the Leave campaign. In the immediate wake of the referendum, there were many headlines about the rise in xenophobic assaults and abuse perpetrated against not only Eastern Europeans, but ethnic minorities in general.

Reports about such rises continue to percolate. Earlier this month, the Independent claimed: ‘Hate crimes involving racial and religious discrimination have soared at an unprecedented rate since the Brexit vote.’ The news this week that a 16-year-old Polish girl in Cornwall hanged herself after being bullied and called a ‘stupid Pole’ reinforces the narrative that Brexit has unleashed hitherto latent dark forces.

No wonder we read that fewer Europeans from the continent are willing to come to the UK. At the weekend, The Sunday Times reported a dramatic decline in the number of au pairs applying for childcare jobs here: in the past two years there has been a 43 per cent decline, slumping to 12,000. Rebecca Haworth-Wood, chairwoman of the British Au Pair Agencies Association, says: ‘Europeans are just less willing to come because Britain is perceived to be anti-foreign.’

In the well-meaning media, a familiar format of article since last year has been testimony from immigrants living in Britain, explaining how they now feel ‘unwelcome’. ‘Am I a stranger in my own home?’, reflects one domesticated Italian in the Huffington Post. ‘I ask myself not because I think I have been made to feel this way, but rather because I worry that this home of mine is looking different.’

Note that the Italian hadn’t experienced any actual xenophobia – he just felt apprehensive. This narrative was similar after the Brexit vote. Many Poles I know asked then on social media if they should worry for their safety – not because they had experienced abuse themselves, but because of something they had read online in the Guardian about a spike in xenophobic attacks.

This whole notion of a tidal wave of xenophobia is a myth. Where are the anti-immigrant pogroms or riots? Nowhere. Everyone in Britain likes the Poles and the Baltics, the French, Germans, Italians and Spaniards. These figures have started from a small base, and a ‘racist incident’ is entirely subjective – the police always encourage targets of the mildest verbal abuse, even where no explicit racism is uttered, to record it as such. If there has been any rise in numbers of racist incidents this year, it is more likely to be a response to Islamist terrorist attacks than Brexit.

What a bizarre vicious circle. It’s a terrible irony that so many who have settled in this country now needlessly feel afraid, not because of hordes of racists and xenophobes roaming the country, but because of fantastical media reports that pretend these hordes actually exist.

There’s more to Calais than The Jungle

I spent this Monday visiting Calais, the French port whose reputation has suffered terribly in recent years. Mention its name and what comes to mind is The Jungle, that shanty town for migrants (now dismantled, but forever threatening to re-emerge), lorry drivers getting attacked or their vehicles being broken into. No wonder so many of the British-themed pubs in Calais have closed down. There are few day-trippers making their way from Dover these days.

But there’s nothing to fear, really. The Jungle is not actually in Calais itself, and asylum-seekers and would-be stowaway migrants are a rare sight in the town. The square of the Place d’Armes, the first place of interest encountered by foot passengers, may be an ugly, concrete affair, but venture south of the Marne river and you will find a busy, affluent, culturally rich and welcoming town.

Whether it’s because they’re typically friendly French northerners or because they are conscious of the town’s unfortunate reputation, Calais folk are an accommodating lot. Try to speak your Officer Crabtree ‘Good Moaning’ French and they will respond in kind, graciously resorting to English only when communications break down. Unlike Parisiens, Calais people will not correct your faulty pronunciation or reply with hauter in English. And unlike Parisiens, drivers in Calais will always stop for you at zebra crossings.