No, Engels was not a Corbynite

And a statue of the Marxist in Manchester does not mark a ‘socialist resurgence’. 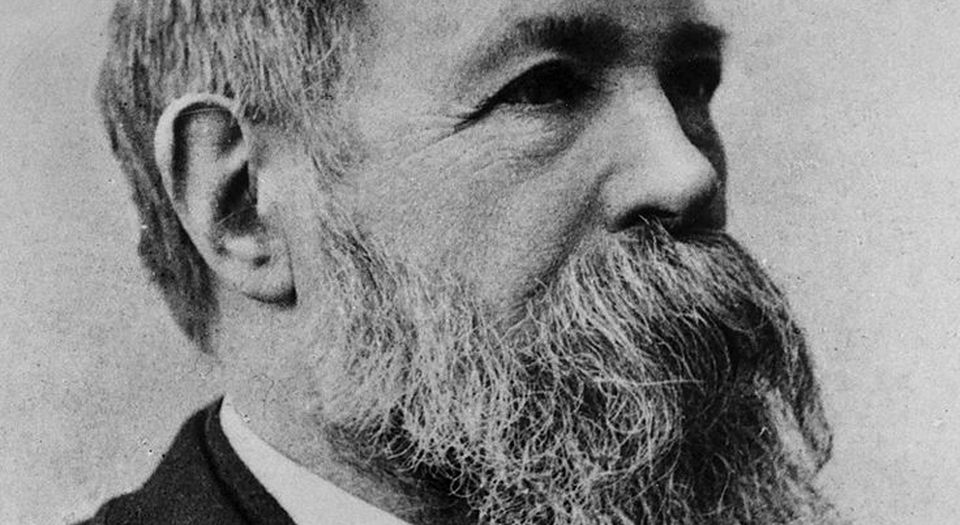 No less an authority than the Financial Times says we are now witnessing a ‘resurgence’ of socialism and Marxism in the age of Corbynmania. As symbolic evidence, the bible of UK capitalism points to the erection of an old statue of Friedrich Engels in Manchester last weekend.

For the FT, the installation of the Engels statue was not merely ‘an ironic, postmodern project’ to end the Manchester International Festival – it also symbolised the current ‘socialist resurgence’ that has ‘revived the radicalism of the German Marxist thinker’.

The FT linked the statue’s erection to the rise in popularity of Labour’s left-wing leader Jeremy Corbyn and the radical US Democratic Party contender Bernie Sanders, apparently as proof that ‘Marxism, which had been read the last rites by many, has found new life, reuniting its long-lonely intellectuals and academic advocates with the masses’.

Left-wing artist Phil Collins, who rescued the discarded statue from Ukraine and has made a film about bringing it to Manchester, is also keen to emphasise its relevance to ‘resistance to the current political crisis’. He told the Manchester Evening News that, ‘In harrowing times for so many, it’s more important than ever to remember Engels’ legacy’.

The Labour hierarchy itself has embraced that link. Maxine Peake, leading actress and outspoken Corbyn advocate, introduced the unveiling ceremony for the Engels statue. Labour chancellor John McDonnell has drawn direct parallels between Engels’ time and our own. Criticised for describing the Grenfell Tower fire as ‘social murder’ against the working classes, McDonnell’s defence was that he was quoting from Engels’ 1845 classic The Condition of the Working Class in England, written in and about Manchester.

I might not know much about postmodern art shows, but these reactions to a recycled statue look like an exhibition of historical ignorance and political confusion/wishful thinking.

Engels, co-author with Karl Marx of the 1848 Communist Manifesto and editor of Marx’s masterwork Capital after the latter’s death, was no Corbynite. And whatever is behind the boost in support for Corbyn and also Bernie Sanders, it is surely not an old-style ‘socialist resurgence’ or a revival of Marxism’s connection ‘with the masses’.

Engels was a different political animal from the modern left. His attitude and lifestyle were the antithesis of the sort of self-righteous, priggish personal identity politics that often passes for radicalism today. Engels was a champion of proletarian revolution who loved fox-hunting (‘the greatest physical pleasure I know’), fighting duels, and what his biographer Tristram Hunt calls ‘skirt-chasing’. His idea of happiness (as revealed in a quiz set by Marx’s children) was a bottle of Château Margaux 1848. His idea of unhappiness was managing the Manchester cotton mill part-owned by his family, but he did it to support Marx with the profits made from exploiting the toiling masses.

Engels’ belief in real freedom sets him apart from the left of today. Of course, he and Marx were used and abused in the 20th century by association with the Stalinist tyranny of the Soviet era. Yet Marx and Engels wrote in the Communist Manifesto that they wanted a society ‘in which the free development of each is the precondition for the free development of all’. Engels certainly argued that a revolution to overthrow the ruling classes of the 19th century and create such a free society would require ‘authoritarian’ measures that are extreme to modern ears. His ultimate aim, however, was always to end state control and achieve ‘human emancipation’. Moreover for Engels, as he and Marx put in their updated 1872 preface to the Manifesto, the rise and bloody repression of the Paris Commune in 1871 had proved that ‘the working class cannot simply lay hold of the existing state machinery, and wield it for its own purposes’.

Some 146 years later, it might seem that laying hold of the existing state machinery and wielding it in the name of the working class has become an end in itself for the old Western left. In the hands of Labour veterans such as Corbyn, socialism came to mean state control of society. That was why, when I became a revolting student at the start of the Eighties, I called myself a Marxist, but never a socialist. The words of a Hackney Labour councillor from that era, when Corbyn first became an MP, stayed with me: ‘As socialists, our job is sharing out the misery.’ We experienced such redistribution as Manchester students, when we lived in the miserable socialist tower blocks of Hulme and Moss Side.

So no, Engels was not a Corbyn-style state socialist. But this issue is not really about his individual views. The notion that what is happening today could represent a resurgence of Victorian-style socialism is ahistorical nonsense. Our times and his appear so distant that we might be separated by light years rather than centuries.
Engels lived and wrote at time of revolutionary ferment across Europe, when the working classes were emerging on to the political stage. He did not only write a searing critique of industrial capitalism; he stood with the Chartists in Manchester, and then co-wrote The Communist Manifesto with Marx before together they, in Hunt’s words, ‘chased the tail of the great 1848 revolutions across the continent’, trying to put the manifesto into practice.

Engels was charged with high treason in his native Germany – ‘Now you have really gone too far’, protested his outraged mother – and fought on the barricades against the might of the Prussian military in the revolution’s last stand – ‘The whistle of bullets is really quite a trivial matter’, he wrote insouciantly to Jenny Marx. He was involved throughout with the mass movements of the age, from the first International Working Men’s Association to the historic London dock strike of 1889, which, as he watched the victorious dockers lead the first-ever May Day march through Hyde Park a year later, an ageing Engels hailed as a ‘complete revolution in the East End’.

By contrast, what is there now? British trade unions are moribund and empty shells. Despite the stagnant living standards which Corbyn and Co rail against, the number of strikes is at an all-time low. Behind the rhetoric of a socialist resurgence and Labour’s mass Momentum, the demonstrations staged after the General Election – when John McDonnell called for a million people to march and bring down the Tories – were relatively small and ineffectual gatherings of the usual suspects. A new survey shows that 77 per cent of Labour Party members now come from the ABC1 group of middle-class professionals.

The lack of any mass movement in left-wing politics meant that Labour leaders were as surprised as anybody by their electoral upsurge (even though they still lost). It is worth recalling that before the election, Corbynite luvvie Maxine Peake was sufficiently downbeat about the apparent lack of Labour support to tell the Guardian that ‘we need a coup’ to overthrow the Tory government.

And what are these new Corbyn fans supporting anyway? It doesn’t look much like traditional socialism. As commentators pointed out, Labour’s election manifesto was quite moderate even my modern European standards, somewhat less radical in places than the programme of the centrist Social Democratic Party which broke from Labour in the early Eighties. The Dictatorship of the Proletariat it ain’t.

It is difficult to be precise about what is behind the Corbyn phenomenon in what is still a very fluid political situation. The various strands of support that are mixed up no doubt include a demand for change, as represented by Labour Leave voters, alongside a demand for things to stay the same, as articulated by the large number of new Labour Remainers. There is virtue-signalling from sections of the metropolitan middle classes, alongside a new kind of generational identity politics among students and the youth. However we try to make sense of the confusion, however, it is hard to suggest it has anything to with a ‘resurgence’ of Engels-era socialism, far less any remarriage of Marxism and the masses.

If Marx really was being widely read today, people might have grasped his point that everything must be understood in its specific historical context, rather than as a timeless truth. That was why Engels’ 1842 Condition of the Working Class was outdated even in his own lifetime. Originally written as a warning to a German readership, the English edition did not appear until almost 50 years later; in his 1892 preface, Engels himself noted how ‘the most crying abuses described in this book have either disappeared or have been made less conspicuous…’. Yet now it is quoted as if it were a news report from Grenfell Tower.

For Engels, as he explained a few months before his death in 1895, ‘Marx’s whole way of thinking is not so much a doctrine as a method. It provides, not so much ready-made dogmas, as aids to further investigation and the method of such investigation’. The last thing they would have recognised was any attempt to draw direct parallels between the conditions of different centuries. Marx’s method was meant to be about understanding what’s new, not looking to the past to repeat itself.

If there is something symbolic about the Manchester statue, it is to do with the process of unearthing an outdated, discarded symbol (it was found face down and broken in two behind a Ukrainian dairy) and trying to resurrect it as a living political entity. Sunday’s ceremony descended into suitable farce when local trade unionists walked out of the ‘bourgeois’ event after being confronted by bouncers from an anti-union security firm. ‘It was Engels hypocrisy day’, said Paul Kelly, president of Salford Trades Council.

It is doubtful whether either Marx or Engels would have wanted to be immortalised in dead stone. But that 1970 four-metre-high statue of Engels in frock coat and beard at least looks better than the Stalinist monstrosity of Marx’s tomb in Highgate Cemetery. And it might at least provide a more fitting memorial to his great works than ‘Engels House’, the horrible tower block in Eccles, Salford, built by the Labour council.