His passion for democracy put many in the West to shame. 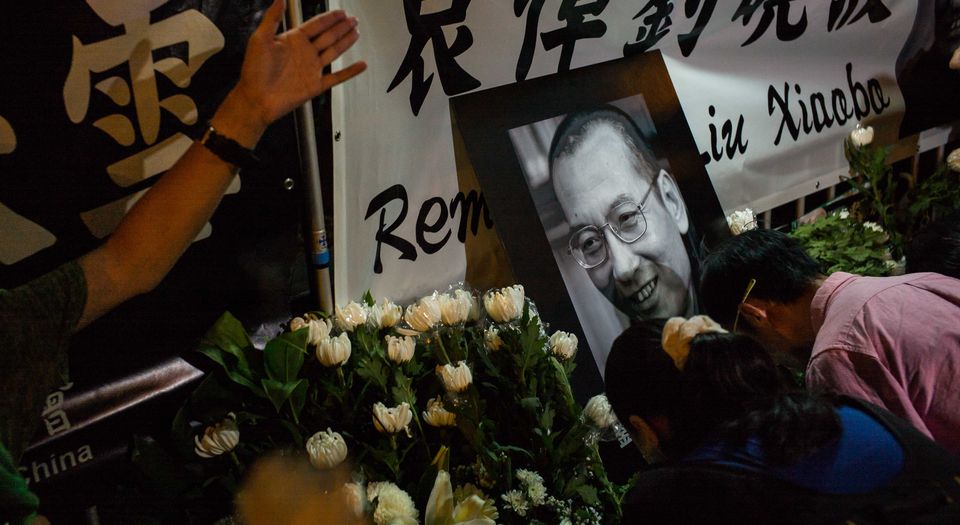 The tragic death of Liu Xiaobo has been followed by a string of heartfelt obituaries to this brave advocate for free expression and democracy in China. Because of his political views, Liu was imprisoned for many years of his life. He died yesterday of liver cancer in a hospital in the north-eastern city of Shenyang. He was still under arrest. In recent weeks, it was hoped that pleas for his release would finally be answered, so that he could seek life-saving treatment in America. It wasn’t to be. And he passed away, aged 61.

Liu came to international attention when the Chinese authorities refused to allow him to accept his Nobel Peace Prize in 2010. A year earlier, he had been sentenced to 11 years in jail for ‘inciting subversion of state power’, and there he stayed until he died. The ceremony went ahead with an empty chair symbolising his absence. Geir Lundestad of the Norwegian Nobel committee dubbed him the ‘universal symbol of human rights’. However, he also admitted that ‘the credibility of the prize’ depended on making an example of China. Liu was merely the right man in the right place at the right time. While he was being brutalised by the Chinese system, he was also being used as a tool of international diplomacy.

Liu is famed for his interventions at Tiananmen Square in 1989, when he was 34 years old. The civil protests had been fomenting while he was at Columbia University in New York on an academic fellowship in literature. He returned to China to show solidarity and intellectual leadership. Diving right into the middle of the mass rally against the Chinese regime, he reputedly chastised student organisers for their poor understanding of the meaning of democracy. Admittedly, he was a little naive himself: his firm advocacy of democratic change within China at the time was guided by a belief, shared by many in the West, that after the fall of the Soviet Union, the illegitimate, authoritarian rule of Deng Xiaoping’s Communist Party would surely follow.

As the army moved in to attack the protesters, he is reputed to have negotiated safe passage for students and workers alike (an act that is said to have saved many hundreds of lives). His involvement in the Tiananmen hunger strike and subsequent petition for democratic reform earned him 18 months’ imprisonment. In an interview in 2007, he said: ‘I feel that, in a dictatorship, if you want to be a person with dignity, if you want to be an honest person, you must fight for human rights and fight for freedom of speech… Going to prison is part of that, and I have nothing to complain about.’

In the last months of Liu’s life, China’s foreign ministry rejected the West’s condemnations of his treatment. ‘The handling of Liu Xiaobo’s case belongs to China’s internal affairs, and foreign countries are in no position to make improper remarks’, it said. China’s famous core principle of ‘non-interference in the internal affairs of other countries’ is one that it flaunts at every opportunity. But for the Chinese authorities, critical opinion is active interference. Independent thought is always potentially subversive.

This principle underpins both the strength and frailty of the Chinese regime. And this was something Liu pointed out at every turn. He and a group of dissidents set about drafting the radical free-speech and constitutional-reform manifesto, Charter 08, in 2008, named in homage to Charter 77, written by Czechoslovakian dissidents in 1977. Charter 08 called on the Chinese government to ‘end the practice of viewing words as crimes’, and for the abolition of ‘political curriculums and examinations that are designed to indoctrinate students in state ideology and to instil support for the rule of one party’.

While many in the West have had warm words for Liu since his death, obituaries tend to treat him as a symbol, rather than a man. Far from a quiet pacifist, he was an uncompromising, challenging character. One book notes that he was ‘mercilessly irreverent and critical toward anyone he considered fatuous’, and that he gained a ‘reputation as an enfant terrible of the intelligentsia… [putting] him in an almost constant state of confrontation with party watchdogs and censors’.

For the West, Liu has come to symbolise the barbarity of the Chinese state, and a dying victim is how many will like to remember him. But he was a powerful intellect in his own right, and a prodigious writer. His work on literature and poetry, as well as his polemics, are worth reading for their nuance, barbed criticism and open-mindedness. At the beginning of what was to be Liu’s final arrest, the respected Sinophile essayist and academic Simon Leys noted that he had made an important insight into the relationship between China’s struggle for democracy and Western civilisation. Liu wrote:

‘If I, as a person who has lived under China’s autocratic system for more than 30 years, want to reflect on the fate of humanity or how to be an authentic person, I have no choice but to carry out two critiques simultaneously. I must: 1) Use Western civilisation as a tool to critique China, 2) Use my own creativity to critique the West.’

This should remind Western commentators that chastising China is the easy part. Righteous indignation aimed at foreign states has become the order of the day. This is not to say that Liu’s treatment does not deserve contempt, but Western condemnation of China often feels like a displacement activity, blinding us to the problems in our own societies. Many have tended to laud the bravery and fortitude of Liu’s independent stand against the dictatorial one-party state without recognising the mote in their own society’s eye. To do so does a disservice to Liu Xiaobo’s indomitable spirit and unwavering commitment to change.

Austin Williams is a writer on China.