The Grenfell Inquiry is being asked to do too much

It should establish the facts of the fire and that’s all. 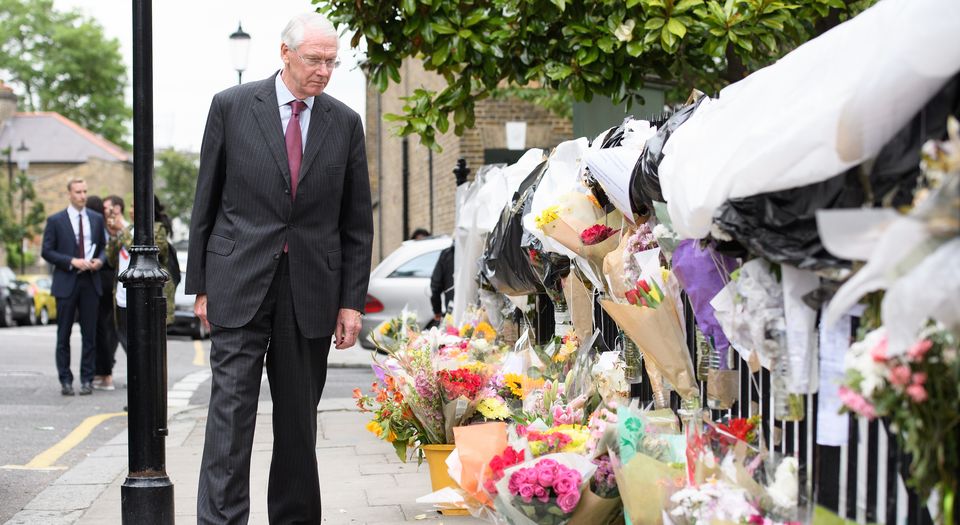 The Grenfell Inquiry is facing serious problems before it has even started. A retired High Court judge, Sir Martin Moore-Bick, was appointed by the government as head of the inquiry. Last week, at a meeting with Grenfell residents and survivors of the fire, Moore-Bick was heckled. They accused him of being partial. He seemed to react coldly, claiming the residents should ‘respect’ him and let him do his job. A local resident said there had been ‘frustration, anger and confusion’ in the meeting. He said: ‘People firmly believe that arrests should be made as a result of the outcome of all of this. If arrests are not made, people are going to feel justice may not be being done.’

Debate has continued to rage about Moore-Bick and the trajectory of the inquiry. Liberal commentators are already saying the inquiry will inevitably be a stitch-up, likely to whitewash government responsibility for the tragedy. One article said having the government select the terms of the inquiry was akin to a ‘criminal choosing what charges he should face’. Emma Dent Coad, the Labour MP for Kensington, said after the tense meeting that Moore-Bick doesn’t ‘understand human beings’. Her fellow Labour MP David Lammy said of Moore-Bick: ‘He is a white, upper-middle-class man who I suspect has never, ever visited a tower-block housing estate and certainly hasn’t slept the night on the 20th floor of one.’

Moore-Bick has also been criticised for his past decisions. That he once ruled that a young person could be rehoused by his council miles from where he initially lived has been held up as proof that he is uncaring. Discussion about the terms of reference for the inquiry – which are likely to be narrow, focused on the direct causes of the fire – has led to allegations that Moore-Bick will fail to engage with the political and emotional elements of the disaster.

Meanwhile, other commentators have been critical of the residents’ attitude to Moore-Bick, as though they should be happy with the assurances of a judge who has already indicated that he cannot do what they want him to do. One legal commentator tweeted that Moore-Bick should just say ‘stuff them’ and get on with the inquiry. Others argue that judges who lead inquiries must be unemotional, and the residents’ demands are unreasonable.

Neither of these responses is adequate. The sorry spectacle unfolding around the Grenfell Inquiry is not the fault of an aloof or biased judge, nor of the understandably furious residents. No, it is a consequence of the worrying position inquiries now hold in our society.

Public inquiries were established in the early 20th century. They were used to undertake fact-finding investigations, to find out why a particular event or incident occurred and to advise on how to prevent something similar from happening in the future. They had a narrow role. After Grenfell, there is a case for just such an inquiry to take place – one that would establish the facts thoroughly.

However, today inquiries are expected to do more than just find facts. Inquiries have been established to address all manner of political and moral questions. The Leveson Inquiry was set up to consider the ‘ethics’ of the modern press. It made wide-ranging recommendations about how our press should be run. The Iraq Inquiry was established to investigate why Britain went to war. It involved an extremely broad investigation into British foreign policy. The Victoria Climbié Inquiry was established to investigate the death of the eight-year-old Climbié at the hands of her guardians, but it ended up making many recommendations about children in care. The public inquiry has become a means for politicians to make political decisions via the authority of a judge rather than using their own judgement.

The other new trend which now prevents inquiries from doing what they were originally designed to do is their role in providing emotional satisfaction to victims. The authorities have turned inquiries into a medium through which ‘voices can be heard’. They have become a way of paying lip-service to those who have been seriously let down by the authorities.

There are some serious problems with orientating inquiries around victims’ feelings. This can be seen in the recent developments in the Independent Inquiry into Child Sexual Abuse, which has faced crisis after crisis due to its deference to the demands of complainants. The inquiry struggled to find a chairperson because complainants accused every candidate of some kind of bias. And, as with the Grenfell Inquiry, complainants raised issues with the terms of reference, which meant the focus of the inquiry became hopelessly broad. Of course the Grenfell residents want and deserve answers, but they simply will not get everything they want from a public inquiry.

The Grenfell disaster should be the catalyst for some serious thinking. In particular Britain must rethink its social-housing policy. We need big ideas in housing more than ever. But a public inquiry will not satisfy victims or resolve the political issues that underline Grenfell. If this inquiry it is to succeed it should break from the recent trends and undertake a narrow, factual investigation. Then we should demand real change from our politicians, rather than a judge, to ensure that nothing like Grenfell ever happens again.