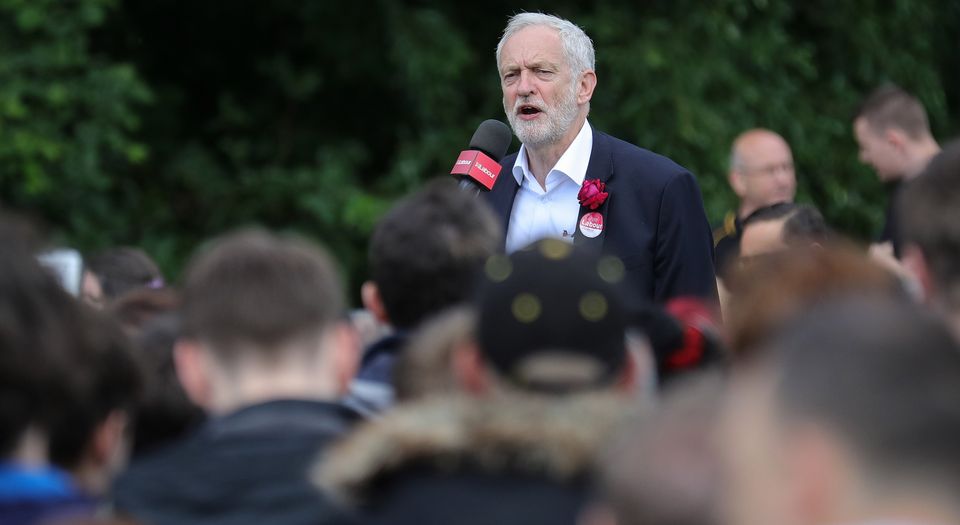 This week marks the 10th anniversary of the smoking ban in England. If Jeremy Corbyn had got his way, it would be the 28th anniversary. Yes, 18 years before the Blairites unleashed their super-nanny instincts on the nation and used the brute cudgel of law to force us to stub out our fags in pubs, restaurants and even hospitals – sick and dying people having a bit of pleasure? Don’t be daft! – then backbencher Corbyn was backing a smoking ban. It was 1989, Official Communism in the east was collapsing, which I guess means the old left of Corbyn’s variety needed a new focus, and some of them found it in declaring war on an apparently terrible blight on modern society: no, not capitalism – nicotine.

Together with a handful of Labour MPs, Corbyn urged Her Majesty’s Government – Thatcher’s Tories – to impose tougher controls on nicotine use. This was five years before that arch paternalist Tony Blair became leader of Labour, eight years before he became PM, and 18 years before he used his newfound power to make pubs, restaurants and other workplaces smokefree. The Blair-ish, moralistic layer of the party was at that time waiting in the wings, and yet Corbyn, who today styles himself as the chief anti-Blairite, was giving us a taste of the petty, illiberal lifestyle-policing that was to come once TB took over.

Not surprisingly, Corbyn has since voted in favour of every state clampdown on smoking. In 2003 he voted to ban lighting up in restaurants. In 2006 he voted for expanding the ban to every other public place. In 2010 he voted against allowing pubs that don’t serve food to permit smoking, which means many ‘wet-led’ pubs, typically old-fashioned boozers in working-class parts of Britain where people go for smokes, drink and chat rather than hipster grub, have had to close their doors. In 2011 he voted in favour of banning smoking in cars in which children are present. In 2015 he voted in favour of making it an offence for someone in a car to fail to stop someone else in the car from smoking when someone under 18 is present. Yes, thanks to Corbyn and 340 other MPs it is now a crime if I don’t stop you from lighting up in my car if there is, say, a 17-year-old in the car too. So the law doesn’t only police our behaviour – it also forces us to police each other’s behaviour. It makes finger-wagging moralists of us all.

The 10th anniversary of the smoking ban and a look-back at Corbyn’s decades-long cheerleading of it should give us pause for thought about the Corbynista phenomenon. What is presented to us as a radical movement, pushing a politics that respects rather than mistreats the poor, is nothing of the kind. On the contrary, ‘Corbynism’ is shot through with a Blair-style paternalism, with a neo-Victorian urge that is less about liberating or gainfully employing the poor than it is about saving them. From smoking. From junk food. From gambling. And ultimately from themselves. This is the opposite, the polar opposite, of radical.

The Corbynistas aren’t done with the war on smoking. Their draft Labour manifesto, leaked shortly before the election in June, contained the alarming proposal of a Tobacco Control Plan, which would intensify the state policing of nicotine-use. They even floated the idea of focusing the ‘Control’ on ‘communities with high prevalence of the use of tobacco products’, including ‘BAME [black and ethnic minority] and LGBT’ communities. In short, there would be a racialised, sexualised nanny state. Officialdom’s power would be deployed to ‘controlling’ the vices of black and gay people. Not content with voting for restrictions that contributed to the decimation of pubs in white working-class areas, now Corbyn and his crew dream of targeting minority groups. It didn’t make it into the final manifesto, but it provided a terrifying insight into the Corbynista instinct to socially reengineer allegedly problematic sections of society.

Some neo-Victorian wars on vice did make it into the manifesto, however. The Corbynistas promised a drastic state clampdown on Fixed-Odds Betting Terminals, or high-cost, high-stakes slot machines. Fearing that many people, especially poor people, are hooked on these machines, Corbyn said he would radically change the amount that can be bet – reducing it from £100 to £2. He would also legislate to increase the length of time between an individual’s insertions of money into these machines. To put this plainly: the law would be used to determine how individuals can spend their money, like the stern parent cutting your pocket money to two quid, and even to dictate how many spins of a fruit machine we can do in a given time. In essence, the law would be used to override the presumed moral failings of the poor and make choices on their behalf; it would be a stand-in for the free will the down-at-heel allegedly lack.

Gambling has long been a target of moralistic warriors against the vices of the uneducated and unwashed. As one study of Victorian-era panic about poor people’s habits says, there was an elitist urge to ‘protect the working classes from their presumed lack of self-control’ (1). A magazine called Moral Reformer described gambling as ‘an amusement of almost unmingled evil’; campaigners said new statutes were needed to guard the poor man ‘against his own avarice and gullibility’ (2). Corbyn wants to introduce precisely such statutes, which would do what the poor are thought incapable of doing: rein in their impulses, limit how much and when they can gamble.

Everything you need to know about the Corbynista class is contained in the fact that Corbyn’s former spokesman, Matt Zarb-Cousin, has now moved seamlessly to the neo-Victorian outfit the Campaign for Fairer Gambling, which aims to protect ‘vulnerable persons’ from being ‘exploited by gambling’ through ‘toughening legislation’. This is indistinguishable from 19th-century efforts to protect the poor (now ‘the vulnerable’) from their ‘presumed lack of self-control’. And still Corbynistas bristle when people point out, entirely correctly, that they are middle-class moralists, not a working-class movement.

And Corbynistas want to enforce censorship to protect us from ourselves, too. Corbyn’s manifesto proposed banning adverts for junk food on TV before 9pm, which would apparently reduce children’s viewing of such ads by 82 per cent. (How beautifully Stalinist to work out the exact percentage benefit of your censorship!) Labour under Corbyn would control where and when kids can see images of ‘food and drink that is high in fat, salt and sugar’. This speaks to a disturbing lack of trust in parents. Apparently the state must step in and determine what children see and by extension what they want to eat.

Radical? Please. Labour’s proposed food censorship brings to mind a scene in Orwell’s Road to Wigan Pier. Orwell describes a radical communist agitator – a proper one, not a phoney Corbynista one whose most communist-ever act was to put the hammer and sickle on his Twitter page – who railed against those ‘parties of society dames’ who take it upon themselves to ‘teach the unemployed more about food values’ and advise them ‘how they are to spend their wages’. The Corbynistas aren’t that communist – they’re the society dames, aspiring to use laws, controls and censorship to instruct ‘vulnerable persons’ on what they should feed their kids, how much they should spend in betting shops, when and where they can smoke.

This is the negation of radicalism. ‘Radical’ comes from ‘root’ – it means changing society at its very base. Elitist, moralistic policies to restrict gambling and smoking and to offer hectoring healthy-food advice are precisely an avoidance of the task of transforming capitalist society in favour of policing some of its more worrying symptoms – whether it’s very poor people having little else to do than use slot machines or families deriving pleasure from sugary, fatty foods. Worse, such policies infantilise the poor. They rob them of their agency. In presuming they cannot control their own habits and families, such policies turn the masses into a pitiable object requiring the care and love of the better-educated, of the high-status individuals who make up the vast majority of the Corbynista core. The bottom line is this: if you don’t trust the poor to spend their money as they see fit, you are not going to trust them to overturn or reimagine society. There is little in 21st-century Britain that is less revolutionary, less radical, than the Corbynista concern for ‘the vulnerable’.