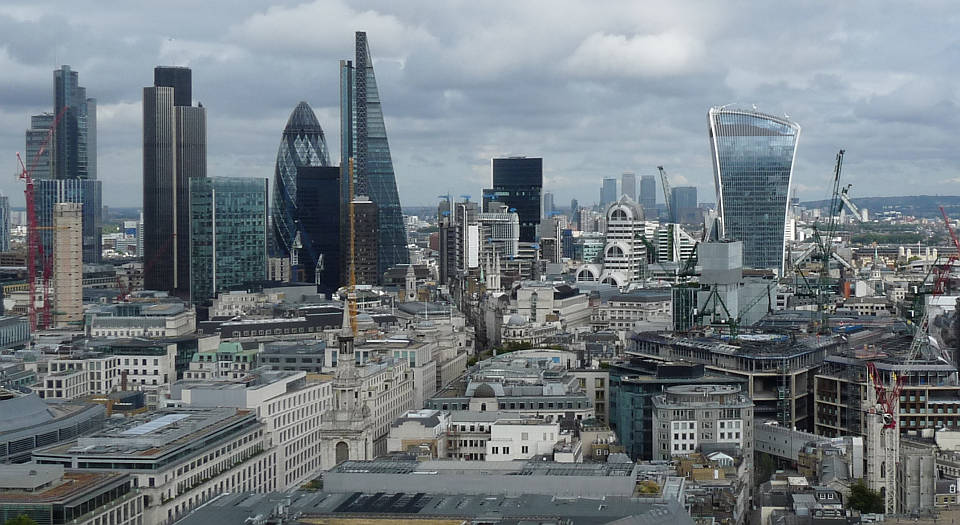 The loneliness of the high-rise free-runner

Displacement offers a taut, compelling take on the two nations.

Through all the formal variations of the English novel, one theme recurs: the two nations. The huge divide between the rich and the poor, between the privileged and and the indigent. Disraeli’s classic treatment of it in Sybil presented an England polarised not only in terms of class but of geography. So did Elizabeth Gaskell in North and South. Derek Turner follows the model of Charles Dickens with the huge contrasts embodied within one city, London.

But in the years novelists have been dealing with this theme, things have changed. The old polarisation between workers and employers or urban workers and landed gentry is no longer representative of current realities. In Derek Turner’s novel, Displacement, the family that once would have been characterised as working class consists of the redundant, the unemployed and the casualised. The mother is dead, the father ‘has not had any paid employment since Thames Tides Transport had capsized 15 years earlier’. A family tradition of working the river, going back generations, has ended. His son Mike gets into dope, then the harder stuff, then illicit entries and eventually does time in Brixton. The other son, the novel’s protagonist, Martin Hackett, has few prospects. ‘During his meeting with the school careers-guidance counsellor, the only suggestions had been working for the council, or perhaps the infantry.’

When we encounter him he is working as a bicycle courier. ‘Martin had been lucky to get his job, cycling across London, delivering packages. Normally they wanted graduates. It was money, it helped with his fitness and it let him see parts of London he might otherwise never have known.’ But his passion is for climbing high buildings at night, free-running. Climbing and then leaping from roof to roof. ‘All there is now is the air, and the moment – that perfectly calibrated movement – the concrete roof blurring before his left foot finds the uttermost edge and he leads with his right across the awful crevasse at the bottom of which are sharp metal bins and the cruel street.’

Alongside this exhilaration, the recurrent note of the novel is isolation. Martin climbs alone, only once does he ever encounter another climber. If occasionally he sees or is seen by someone through a high window, the glass ensures his absolute separation from those inside. He is like Heathcliff, similarly isolated, looking in at the life he is excluded from. Except that Martin has no wish to enter or participate. ‘Doing it is enough in itself, because it allows excellence impossible elsewhere. That no one else can see him doing it doesn’t matter – he knows what he can do. That no one else sees it in a way makes it finer.’

His courier work keeps him similarly isolated. Except for the brief exchanges with snotty, superior receptionists, he is alone on his bicycle all day. It is not just that Martin belongs to no community, but that no community is shown anywhere. This is a marked development in the condition-of-England novel. Sybil presented an England of two separate communities. The workers were exploited but there was sufficient sense of community for some of them at least to engage in collective activity. Those days have gone. Community, solidarity and the rest of those grand sonorities have vanished. Martin is accepting of this, and happy that it is a feature of his obsession. ‘It seemed there was no community of free-runners, and that seems proper to Martin, who has never known community.’

The free-running is vividly described, in both its physicality and exhilaration. It is such an extreme concept that it might have seemed something from magic realism. It certainly has its potential as fantasy, as symbol, as metaphor. While being anchored in reality. And it brilliantly solves one of the problems in writing about an exploited and demoralised working class, or unemployed class – the problem that the material is not greatly enjoyable to read. You can go for images of degradation and deprivation, but they are not much fun. And concern can so easily become, or sound like, condescension. I remember my mother’s shock at hearing Richard Hoggart talk on television of his working-class parents, referring to the grime of factory dust embedded in their faces. ‘Don’t you ever write anything like that about us’, she said.

Deprivation and despair are readily enough represented in Displacement. But they are importantly not the totality. Turner’s protagonist has his hopes, his literal aspirations as he climbs. It is both physically exhilarating, a literal ascent, and also a mental and emotional release, an achievement and a satisfaction. Mountaineering was, probably still is, one of those upper-class leisure pursuits. WH Auden and Christopher Isherwood appropriate it for The Ascent of F6, Freudianising it rather than politicising. It’s mother they discover at the top. With Displacement, the activity has been reconfigured. Martin’s girlfriend realises how it fits in with his worldview, the way he used to talk – ‘All that about society, and all of us being shat on from a great height, and how you wanted to look down on them for a change!’ Now it is the proletariat climbing. Well, it always did but tended to be left uncredited in the background as guides, sherpas, rescuers, useful adjuncts but not featured. ‘So he has risen out of the common, climbing out of London’s gorge.’

Grim as Turner’s overall vision is, it is not without hope and it is not unrelievedly bleak. Martin has another escape, through poetry. You don’t have to be wealthy or privileged or leisured to write poetry. Poetry is accessible. ‘He continued reading and even writing poetry, but his conversation atrophied, because there was never any opportunity to use any of the beautiful words that raced in his head.’

And then the novel accelerates as Martin becomes a celebrity. He is noticed on his free-running, and becomes a story in the press. The arrival of the young, brash, public-school educated journalist to do a story on him provides a splendid episode in the tradition of English class comedy. And the novel’s action elsewhere moves out of England, when Martin takes his girlfriend on holidays to Europe. The varieties of tone and setting save Displacement from seeming programmatic. Its dominant image of free-running expresses an exhilaration – ‘to free-run with the grandest backdrop of all, outwit security, jump over the system’.

A taut, compelling and absolutely original take on contemporary Britain, Displacement is a memorable and deeply rewarding read.

Michael Wilding is the author, most recently, of In the Valley of the Weed and the memoir Growing Wild.

Displacement, by Derek Turner, is published by Endeavour Press. (Buy this book from Amazon(UK).)

Picture by: Steve, published under a creative commons license