Nobody won the Brexit election – but we Leavers risk losing now

Never mind May – the future of democracy hangs in the balance. 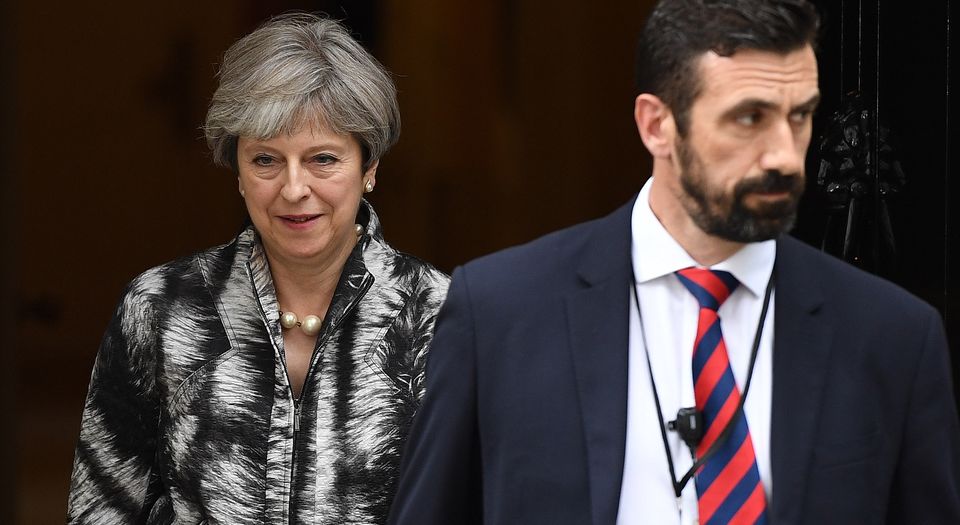 There is a far bigger issue in UK politics now than the survival prospects of hopeless Tory prime minister Theresa May. The future of Brexit is on the line, as the pro-EU elites seek to exploit the indecisive result of the General Election.

The question of whether Britain really will withdraw from the anti-democratic institutions of the European Union is in serious doubt. The danger is that we end up with a sort of Remain-by-another-name. That would mark a serious defeat for democracy. It would mean that the vote to Leave by 17.4million last June has been effectively overturned by elitist political manoeuvres inside and outside parliament.

Last week’s contest was, as spiked insisted from the first, the Brexit election. Did we Leavers lose it? It might seem clear we won, at least in terms of the popular vote. After all, more than 80 per cent of votes cast went to parties formally committed to respecting the EU referendum result and implementing some form of Brexit – the Conservatives, the Labour Party and the rump of UKIP. Meanwhile, the hardcore Remainer parties – the Liberal Democrats, Scottish Nationalists and Greens – all suffered setbacks.

But so much for public appearances. Behind the scenes, the prospects for a clear Brexit appear grimmer in the murky waters of post-election politics.

Let’s remember that almost the entire political class backed the Remain campaign last year. The leaders of every big political party in Britain – bar UKIP – told us to vote against leaving the EU. Yet the majority of voters failed to follow their instructions and voted Leave as a demand for more democracy and sovereignty.

In response, the political, media and cultural elites expressed their fury at this act of mass insolence, pouring contempt on the allegedly ignorant, emotional and downright racist voters who had supposedly been duped by the ‘post-truth’ politics of ‘Brexit lies’. Which was another way of saying that we plebs had refused to do as we were told.

For the past year, pro-EU politicians – who always made up the majority in parliament – have been looking for ways to overthrow or at least undermine the democratic decision for Brexit, backed by influential Remainers outside such as Richard Branson, Tony Blair and Gina Miller, the City financier who became the poster girl for the Remain crusade by trying to derail Brexit through the courts.

The irony is that the result of the democratic election has now boosted this anti-democratic alliance. In the new hung UK parliament the prospects for Brexit hang in the balance. None of the parties formally committed to Brexit can be trusted to see it through to a decisive end.

Theresa May’s Conservatives went into the election campaign dubbed the party of ‘hard Brexit’. This was largely because May had suggested that ‘no deal is better than a bad deal’ in negotiations with the EU. Anybody who has ever been in serious negotiations might have recognised that as the only sensible starting position to take. The alternative, of effectively conceding that ‘we’ll accept whatever deal we’re offered, however bad’, would mean admitting defeat before you began.

Yet even when the Tories were meant to be ‘hard’ Brexiteers, and said to be on course for a big electoral majority, they were not really to be trusted. May, after all, was a Remainer, as (more loudly) was her chancellor of the exchequer, Philip Hammond. So were many backbench Conservative MPs. Mrs May launched the election with bold talk of implementing the people’s will on Brexit against opposition from ‘unelected members of the House or Lords’ and ‘Brussels bureaucrats’ – speeches which proved to be the short-lived high point of her catastrophic/catatonic campaign. Yet the Tory manifesto itself was more equivocal on issues such as Britain’s future relations with the European courts.

Now May’s maimed minority government is not to be trusted on Brexit at all. Emboldened Tory Remainers, led by chancellor Hammond, are demanding concessions just days before talks with EU officials are due to begin. The pro-Brexit Sun newspaper reports a ‘Right Dog’s Brexfast: Fresh Tory civil war erupts over Brexit as Remainers seek to exploit May’s weakened position to push pro-EU agenda’. The London Evening Standard, now edited by George Osborne, the ex-Tory chancellor and architect of the failed Remain campaign, cheers as ’Cabinet “sensibles” push for a soft Brexit’. Osborne himself is gloating that a ‘hard Brexit’ has been consigned to ‘the rubbish bin’.

Those Tories who always believed that derailing the ‘rubbish’ referendum result was the only ‘sensible’ thing for politicians to do now see their chance. Brexit secretary David Davis insists that the government’s position has not changed. Yet May quickly responded to the critics by appointing the arch Remainer Damian Green as her deputy prime minister. The return to the cabinet of new environment secretary Michael Gove, the most articulate Tory advocate of Brexit, is the one bright spot for Leavers.

Much of the criticism of a ‘hard Brexit’ focuses on the issue of leaving the European Single Market. The economic pros and cons of the Single Market are debateable. But this is far more than a simple economic issue. To be a member of the Single Market, a nation must submit to key EU rules and control from Brussels. As David Davis pointed out this week, the EU has insisted ‘you cannot stay in the Single Market and have control of your borders. There’s no sign of them changing their mind.’ So the growing insistence among Tory Remainers that Britain must somehow remain in the Single Market is a coded demand for the UK to Remain an EU member state in all but name.

What of Jeremy Corbyn’s newly enlarged parliamentary Labour Party, which despite losing its third election in a row is now talking of itself as a government-in-waiting? Corbyn and his shadow chancellor John McDonnell seemed to cheer up some Leave supporters this week after both declared that Labour respects the referendum result and accepts that the UK will leave the Single Market. Behind that headline, however, the signals from Labour are far more mixed.

Let’s remember that the Labour Party also backed the Remain campaign last June – led by Corbyn, who abandoned his longstanding Bennite principle of opposition to the anti-democratic EU at the one moment when it really mattered. The Corbynista crusaders of the left-wing Momentum lobby were also for a Remain vote. During the election campaign, Labour was ambivalent at best about key EU-related issues, for example insisting that Britain should remain signed up to the European Convention on Human Rights and under the authority of the Euro-courts.

Last week’s results showed that Labour made major gains in areas that had voted to Remain in the referendum. Even more than before the election, the overwhelming majority of Labour MPs and many Labour voters are now pro-EU Remainers at heart.

Those who hope that Corbyn the ‘secret Leaver’ will somehow emerge as the hero of the fight for Brexit are likely to be deluding themselves. In reality, Labour post-election looks more like a secret Remainer Party.

Thus on the eve of talks with the EU, we are faced with a majority of MPs opposed to a ‘hard’ Brexit, and growing demands for a cross-party commission to shape a more conciliatory negotiating stance. Meanwhile, the unelected House of Lords remains, of course, resolutely opposed to the decisive Brexit demanded by the people last June.

The outcome for Brexit remains uncertain. But we should be alert to the danger that, while the pro-EU elitists may not be able simply to throw out the referendum result, they could succeed in neutering it. In effect, we could be presented with a deal that means Remain by another name. That would deny the people the democratic control the majority demanded.

It is a telling sign of the times that some leading Remainers have stopped calling for a second referendum on EU membership. Why risk asking untrustworthy voters again, when they believe that the messy election results can be twisted into an ersatz second vote, and the hung parliament can do their job for them? After the referendum last June, Gina Miller made clear what she thought of the electorate by announcing that the verdict of the revolting voters had made her ‘physically sick’. After last week’s election, however, Miller started talking like a convert to popular democracy, declaring that ‘the people have spoken loud and clear, and they have said we do not want an extreme Brexit, we do not want one that leaves the Single Market’. If the likes of Miller are happy with the way they see things going, we should surely worry.

There is a real risk now that a meaningful Brexit will not happen. Whatever your feelings about the immediate issues, that would be a disaster for democracy. It is not just about future relations between the UK and the EU. It is about the relationship between the British people – the demos – and power and control – kratos. The anti-democratic EU expresses the fear and loathing which our ruling elites feel towards the mass of people. If they manage to overturn, ignore or emasculate the Brexit vote, the largest political mandate for anything in British political history, it would represent an historic setback for popular democracy.

But nothing is settled yet. There is everything to fight for in these times of political uncertainty. The instability of all the old parties and widespread demand for change highlighted by the election results provide opportunities for advancing different arguments. The first of which must be the resolute defence of democracy through Brexit.

From the start of the Brexit election, spiked made clear that the important thing was to stand for those principles rather than supporting any particular party. The campaign and results confirmed that the battle over Brexit has been the catalyst for the start of a realignment in UK politics, exposing the old divisions between right and left as redundant. Now more urgently than ever we need to draw new battlelines, and take sides against all of the anti-democrats who want to consign Brexit to the ‘rubbish bin’ of history and pretend that historic vote never happened.