The Tories: a pointless party

May’s loss revealed a party that stands for nothing and no one. 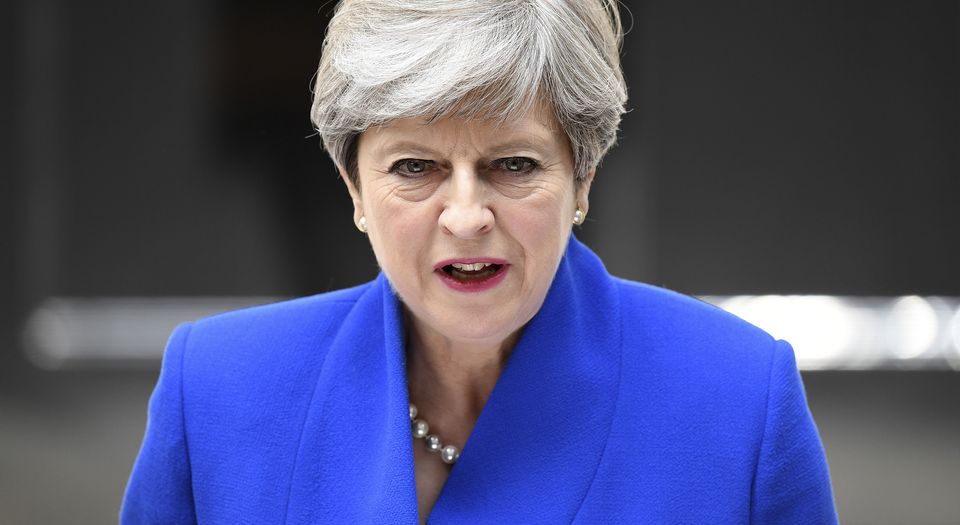 One of the striking ironies of Theresa May’s humiliation at the polls last week was that a Tory campaign that framed the election as a battle over Brexit, in which the Tories presented themselves as guardians of the people’s democratic will, as the one party that understood Brexit voters and would meet their hopes and ambitions, proved so thoroughly aloof and distant from the demos. Over the weekend, as Tory heads have rolled, knives have been sharpened and chatter about changes in leadership have clogged up the column inches, this profound disjoint has gone largely unexamined.

That’s not to say that the shock election result – in which May’s Tories were left with a fractious, DUP-reliant minority government – is a repudiation of Brexit. Brexit was strangely absent from the election debate, largely because of May. She confused Brexit’s dynamism and popularity for her own; she let it slip from the agenda and instead treated us to a slew of downbeat policy pledges, lending credence to the idea that Brexit was ‘settled’. The idea that an inconclusive election, fought on all manner of fronts, somehow erases the crystal-clear, democratic cry for Brexit last June is elite-Remainer sophistry.

No, what was striking is that in the process of trying to give voice to Brexit, and to ride it to a thumping majority, May’s Tories proved how little they understood it. May ran her campaign like an autocracy, the manifesto and the messaging honed predominately by herself, her husband and her now-sacked henchmen Nick Timothy and Fiona Hill. Most of her cabinet had no idea what was in the manifesto until we did. And, most crucially, the campaign either avoided or talked down to the public. It took David Cameron’s 2015 patronising, soundbitten, non-event-heavy Lynton Crosby campaign off the shelf, and did it badly to boot.

Brexit was a demand by the public to be taken seriously, but Theresa May took us for granted. She was evasive in interviews, and appeared to have no conviction. She was asking the electorate for blind trust, to leave her to ‘get the job done’. This is precisely the approach to governance that has defined the modern era, and the European Union. The risible ‘strong and stable’ slogan so clanged not just because of sheer, robotic repetition, but because it reminded us of the technocratic, oligarchical politics, the politics that says ‘leave it to the grown-ups’, which we surely rejected at the ballot box last June.

Before the election, there was much chatter about the new Toryism May was trying to carve out. Nick Timothy, her beardy aide from Birmingham, wanted the PM to capture the ‘left behind’ – working-class voters who felt downtrodden and forgotten by both metropolitan Labourites and Thatcherite Tories. But this appeal felt both patronising and insubstantial: patronising because it bought into the bleeding-heart notion that Brexit was more a cry for help than a demand for democracy; insubstantial because her Miliband-lite offerings of energy caps and workers’ representation were threadbare, offering little more than a change in mood music.

That Mayism failed is no surprise. Though the Tories experienced their biggest surges in support in Leave-voting working-class areas, while Labour stormed to victory in middle-class student-rich areas, the idea that a bit of PR would turn the establishment Tories into a tribune of the working class was always fanciful. What was far more striking was their haemorrhaging of support in Middle England. The Lib Dems came within a few hundred votes of winning St Ives. Stroud, in Gloucestershire, and High Peak, Derbyshire, fell to Labour. The Lib Dems’ Norman Lamb clung on in Leave-voting North Norfolk. The Tories’ presumed base felt ignored.

This all points to a profound crisis. The Tory vote is today lazily understood as a kind of free-floating receptacle for people’s xenophobia and selfishness. But, historically, it spoke to a clear constituency and was bolstered by particular institutions. The Church of England was ‘the Tory Party at prayer’. The Women’s Institute was a key source of support. Conservative Associations were active across the country. Groups of rural landowners had the ear of the party. But those ties to civil society have frayed, and this predates both the JAM-chasing May and metropolitan ‘moderniser’ David Cameron. In the mid-1950s, party membership was almost three million; it had plunged by the 1970s and has steadily declined ever since. Today it stands at around 150,000.

May’s electoral drubbing was a damning verdict on her aloof campaigning and autocratic hubris. In a time when public debate has been rejuvenated and the people are demanding a closer, more democratic politics, ‘getting the job done’ is not going to cut it. But her losses also spoke to the historic weakness and disarray of the Tory Party. It is embarrassed by its old base and incapable of carving out a new one. It has no roots in civil society, and no idea what it stands for. And this risk-averse party of the establishment will never be able to harness the bottom-up Brexit revolt. No rebrand, reshuffle or Boris Johnson takeover can remedy this.

May is a political zombie, staggering on despite the fact that the light has gone out behind the eyes. But so is her party. And it has been for a long time.