Cheer the demise of the anti-Brexiteers

But don’t let the Brexit Election become a General Election. 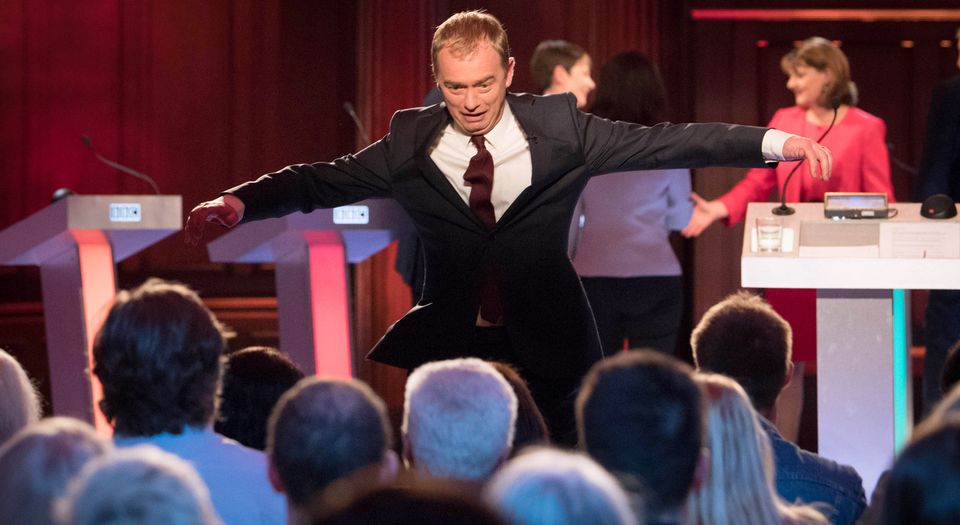 When Theresa May called the General Election in mid-April, it was clearly not meant to be a normal parliamentary election. There was the timing, of course – just two years after David Cameron led the Tories to a relatively narrow victory at the last General Election. Yet it wasn’t just that. It was that the election was focused on a single issue: Brexit. Energy, education, security and so on were all to be part of the parties’ offerings. But the reason for May calling the election was clear: to provide ‘stability and certainty’ on Brexit, as she put it. These were the terms on which the election was called, and the terms on which it was to be fought.

And to few was this more clear than those who oppose Brexit, those establishment forces, monied, networked and threatened, who, ever since the EU referendum result last June, have sought to undo Brexit, to soften it, dilute it, perhaps even reverse it. That’s why no sooner had May called the election than they rallied: Gina Miller, the hedge-fund manager who had been busy fighting Brexit in the courts, set up Best for Britain, a group whose sole purpose was to encourage tactical voting against Brexit-supporting MPs; the Liberal Democrats, with their clownishly sinister leader Tim Farron to the fore, pitched themselves to the electorate as the party of the 48 per cent; and Tony Blair, urged on by unnamed supporters, benefactors and no doubt the Almighty Himself, launched his return to the British political fray, on the grounds that it was a chance to stop the ‘catastrophic mistake’ of an EU exit.

It seemed the forces of pro-EU reaction were all set for an anti-Brexit electoral campaign. Key protagonists were primed; pro-EU sections of the media, from the Guardian to the New Statesman, were already propagating a Stop Brexit message; and pro-EU campaigners were sharpening their tweets. And then… it all fell rather flat.

Gina Miller, a tearfully self-regarding performance at a well-publicised pro-EU conference aside, has struggled to command any sort of audience, with recent low-profile interviews by the likes of Business Insider and Financial News crowning a stirringly underwhelming campaign. The Lib Dems have fared little better. An initial, minor upsurge in support at the start of campaigning soon ebbed, leaving Farron and his weird cronies to flatline in the polls, two to three percentage points ahead of an utterly defunct, defeated UKIP. And most striking of all, Blair has disappeared. His much vaunted return, trumpeted everywhere from the New Yorker to the Guardian, has proved to be a little more than a rather sad turn, a brief appearance of the ghost of Labour’s past, not its future.

There is certainly much to warm the heart in the floundering, tractionless performance of the anti-Brexiteers. Above all, it suggests that the millions of Remain voters they targeted, hoping that they would support them in their cynical, tactical-voting quest to undermine the referendum result, have not responded. Why? Because, outside the expensively furnished environs of Miller, Blair and Co, the majority of Remain voters are far more committed to the principle of democracy than to the trans-state institutions of Brussels. The floundering of the anti-Brexit campaign is testament to the pro-democratic sentiments of the electorate.

Yet the forces of reaction’s failure to influence the political conversation isn’t all good news. Because it also testifies to the almost imperceptible transformation of this most unusual of elections into an apparently usual one. It’s not hard to see what’s happened. Brexit, the issue that gave this election its definition, its clarity, has faded from view. While this has condemned the cause of the anti-democrats to irrelevance, or worse still to Business Insider, it is also in danger of dissipating the political energy that was to innervate this campaign. Indeed, it is turning this election into what it was never meant to be – just another General Election. Just another face-off between the tired, old parties of the 20th-century mainstream, their representatives trading insincerities and quarter-truths about education or police funding with nearly as little enthusiasm as those who have to listen to them. It is no longer a vote about the single most important issue of our moment – how we govern ourselves; it is a vote about the same technocratic, budgetary issues as framed by those who govern us.

Of course, the terror attacks in Manchester and London have played a role in the mutation of the Brexit Election into a General Election – and understandably so. In their aftermath, security, policing and foreign policy start to appear as urgent, vital issues. The effect has been to disrupt, divert and redirect the campaign. But the Conservatives and, in particular May herself, are equally as culpable for the election’s loss of focus. Their initial concentration on Brexit had already given way before the terror attacks to a messy discussion of the politically mundane. This was something Labour always wanted to happen, as leader Jeremy Corbyn made clear when, right at the start, he said that this was an election about issues other than Brexit. But rather than stand her electoral ground, and ensure the focus remained on Brexit, May ceded it to Labour. She started to fight the campaign on Labour’s terms – that is, on the conventional terms of a General Election. And she did so stiffly, warily, without conviction. So the Tories have chucked out policies, such as the energy-bill cap, nicked straight out of Labour’s playbook; and they have wafted proposals under the electorate’s nose, such as the replacement of free school lunches with free school breakfasts, nicked from a playschool book. The content of the policies has been mind-numbing; their largely budgetary rationale, dispiriting.

So while the retreat of the pro-EU forces of reaction is to be cheered, it is to be mourned, too. Because with their fading, the election has lost a potential source of definition, an enemy to be fought, an opponent on whose anti-democratic sensibility pro-democratic arguments can be sharpened. As despicable as Blair et al are, their presence would have at least kept the election honest, or, better still, energised and extraordinary. Because that is what this election was: extraordinary. It was a chance to address openly the fundamental question of self-government, of how we, as a society, are able to determine our collective future; a chance to sustain the heat and energy of that political eruption last June; a chance to mandate Brexit further.

And, come this Thursday, it still can be.